The figures from the final years of the Joe line don't have the greatest reputation.  However, most of the notion that they are neon heavy, bright monstrosities comes from the 1993 series.  In 1994, Hasbro really pulled back the reigns on the line and churned out a series of figures that were much closer to the line's classics than the multitude of 1993 neon releases.  That isn't to say that 1994 didn't have its share of neon paint.  But, it did have a decent number of figures done in muted, military colors that are some of the best figures in the line.  One such figure is the new version of Stalker.  Done in a more commando style, this Stalker is probably the second best version of the character released in the vintage line.

This figure is far from perfect.  While the mold is exceptional, the figure suffers from lack of paint applications.  The chest is large and the arms don't have the range of motion that many figures from the '80's have.  (Joes bulked up over the years, even if it was only slightly.  But, the '94's are notorious for having larger torsos and heads.)  The head is big and has two odd rings molded onto it.  It is likely meant to be a turtleneck.  But, it is flesh colored and just makes it appear that Stalker has some odd medical condition.  Once you get past those points, though, the figure is solid rendition of Stalker as the nighttime, urban commando he was capable of being.

In the mid 1990's, Joes were starting to disappear from retail.  During 1995 and 1996, I was looking for any and all Joe figures I could find at toy and box stores.  At this time, I appreciated most of the figures, even those done in neon colors.  But, I could not abide by the neon weapons.  Figures that included black accessory trees were the ones I most sought out.  In that regard, Stalker really stood out.  The figure was excellent and he included a tree of well done black weapons.  Stalker's tree included a shotgun from Muskrat, Tracker's MP-5 and a large gun from the 1991 Grunt.  (2 out of 3 isn't bad.)  The MP-5 became my default weapon for Stalker since it hearkened back to his original M-32 and it looked really nice with the figure.  Years later, I added a black backpack from the 1997 Hawk figure to complete Stalker's look.

From a mold standpoint, this figure is extremely well done.  The knit stocking cap is well textured and looks like a real hat atop a man's head.  Stalker's face has a hardened look that shows how dangerous he really is.  The torso is detailed with grenades, straps and additional details that, were they painted, would stand out with more detail than many figures from the '80's.  But, in all black, the figure still works as you would expect someone sneaking around in the dark to avoid any additional splashes of color.  The olive drab highlights are a perfect match for the vintage Night Force figures and just accentuate the nighttime vibe of the figure.  (It should be noted that there is a variant of this figure that also featured neon green highlights.  That figure is more striking, but less realistic.)

During my last years of college and first year out of college, I had very few figures available to me.  At the time, the bulk of my collection was comprised of the figures I was able to acquire at retail.  This Stalker was among those figures and was one of the most used characters I had at the time.  Along with the 1994 Shipwreck figure, Stalker was a among my new breed of Joes.  They were a more specialized unit who went on small, very dangerous missions.  They battled the Vipers and Crimson Guard Commanders along with whatever figures I could find from my childhood.  This small time in my collecting life is also one of the most important as it was a era before the Internet really played a part and was a time when my collection still maintained the innocence that is often diluted by the online collecting world.  This was the time that ultimately lead me to collect more and more and grow my collection in many new ways.  So, the figures who defined this epoch of my life retain an importance that otherwise eclipses their quality.  But, with this Stalker, that isn't the case.  This is a figure who has retained his importance in my collection beyond the nostalgic factor.

This mold was criminally underused.  There were the two 1994 Stalker variants and then the body did not appear again until 2002 when it was used on the very limited edition Sidetrack figure.  This figure lost Stalker's head, but still left all the details on this mold unpainted.  It never appeared again in any convention or Toys R Us release and was never sent overseas.  This Stalker would have been a great candidate for a convention set and seeing the mold with convention paint applications would have been great.  But, it was not to be.  Most of the 1994 molds suffer from the same fate.  It is unfortunate as many of the mold deserve another look with a modern take.  But, at least collectors are left with one high quality figure use of the mold.

This figure isn't terribly difficult to find.  Even carded, he rarely runs more than $10-$12.  Loose mint and complete is just cheaper.  For a figure of this quality, that's a price that makes him a no-brainer.  This is an excellent figure that is true to the Stalker character, has decent accessories, and is colored nearly identical to vintage Night Force figures.  The lack of paint details also makes him great for customizers who can fill out the missing details.  All in all, it is a great figure that is worthy of the Stalker character and should be part of any collection. 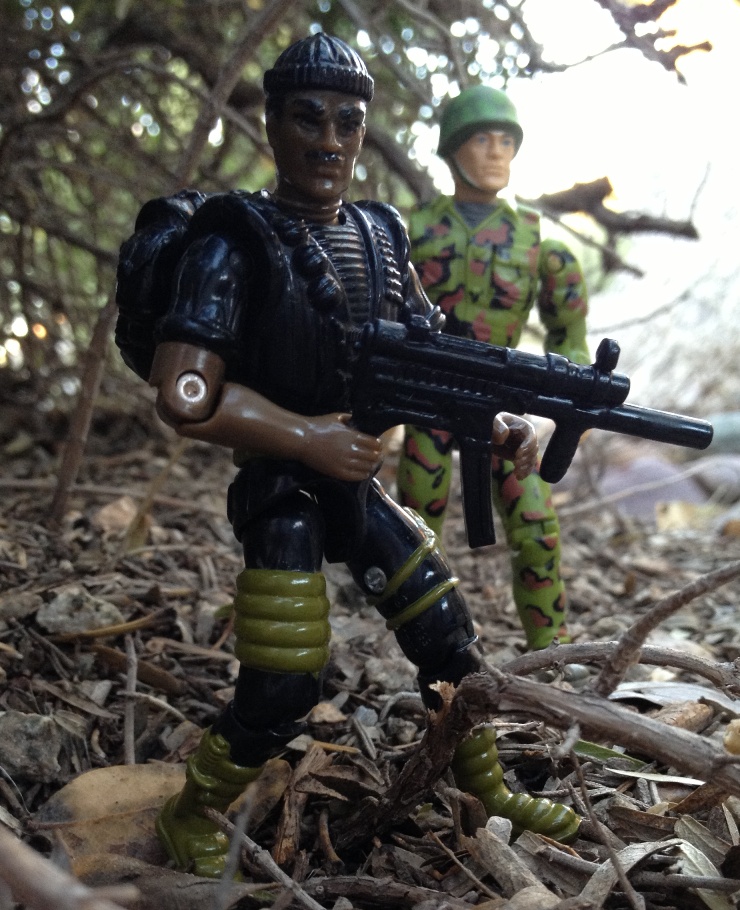 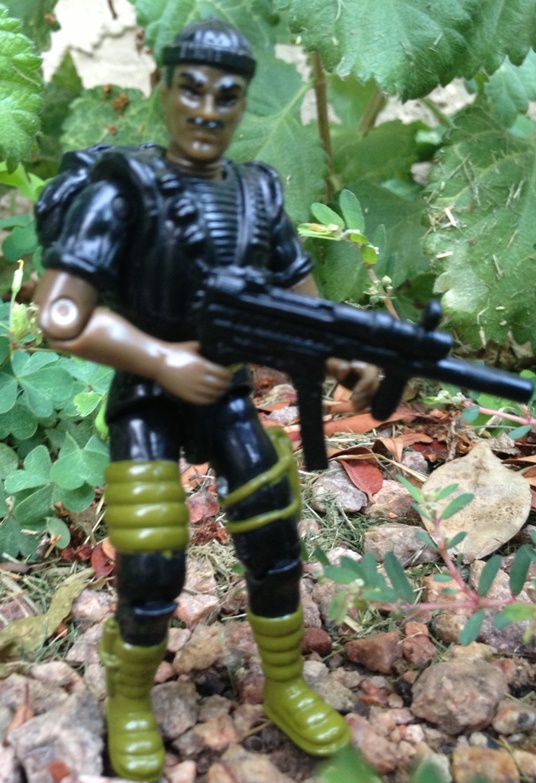 Posted by Robot_Sonic at 11:09 AM
Email ThisBlogThis!Share to TwitterShare to FacebookShare to Pinterest
Labels: 1994, Battle Corps, Stalker