There are few figures as iconic as Gung Ho.  From his first appearance in the media surrounding G.I. Joe #11 in 1983, he has been nearly ubiquitous in the Joe mythos.  His tattoo bearing chest and distinct color make him instantly recognizable among all Joe fans.  He crossed the comic and the cartoon and remains wildly popular with collectors and fans today.  But, for all the fan-fare, Gung Ho really only had the one figure in the early vintage days that drove his popularity.  Hasbro, though, made up for that by the time the vintage line ended in 1994.

In 1986, Hasbro released Leatherneck.  A marine, Leatherneck also shared a mustached face with Gung Ho.  Really, Leatherneck could have easily been seen as Gung Ho's replacement.  But, in 1987, Hasbro brought out a new Gung Ho figure, though in his marine dress blues uniform.  It wasn't a great figure, but was a great way to keep the character alive and prove that Leatherneck and Gung Ho were meant to be complements and not replacements.  Not until 1992, though, did Gung Ho receive a combat update.  This figure kept many of the elements of the original Gung Ho figure (that bare chest, the tattoo (though now on his arm in lieu of his chest), his muscular physique, the mustache and bald head) but also brought some new flair to the character.  Gone was the traditional grenade launcher and in its place was a massive M-60 machine gun and American flag.  In 1993, Hasbro repainted the previous year's figure with a red vest.  The result if this figure: the 1993 Gung Ho.

This version of Gung Ho was my white whale for some time in the early 2000's.  I desperately wanted him (and some other 1993 repaints) due to the obscure nature of the figure as well as the distinctive look.  While the red vest was not overly conducive to combat (especially when compared to the green 1992 figure) it was a color combination that really worked for the figure.  The 1992 Gung Ho sort of washes away due to the lighter colors.  But, the 1993 figure is bolder.  It befits the character of Gung Ho, especially when you consider his origins of turquoise green.  I bought tons of figure lots that included 1993 releases.  But, Gung Ho was never among them.  Finally, I managed to trade for the figure you see below.  He filled a gap and became the default Gung Ho in my collection.

In 1992, Gung Ho was one of the few figures I purchased at retail.  He looked like the character I remembered from my childhood and had some decent accessories.  If you look at the mold, it has sensible details like the bullet strap that befits his new machine gun.  The bare chest and massive arms showcase the strength that was the hallmark of Gung Ho's comic appearances.  He has a grenade on his arm that can be construed as an homage to his original grenade launcher, but it likely just a neat little detail.  Beyond that, though, the figure is fairly plain.  It is a simplicity juxtaposed to the necessary detail that makes this mold relevant as the Gung Ho character.  Having the 1992 version as one of the first figures post childhood has provided a nostalgic factor to this figure as it was one of my first forays into collecting Joes.  The 1993 version, though, has replaced that '92 figure.  When you want Gung Ho for a dio or photo, but don't want to use the original version, the red and dark green 1993 figure works better than any of his other releases.  You know it's Gung Ho, and his uniform is acceptable enough to work in combat situations.

This Gung Ho body mold was eventually overused.  In the vintage line, it appeared in 1992 and 1993.  (The 1992 version was also released in Asia in Asian packaging.  Nothing like seeing a figure packaged with an American flag but packaged in Asian writing.)  Hasbro brought the mold back in 2001.  After that, the body became a Hasbro favorite for the repaint line as it appeared on numerous retail and convention figures as either Gung Ho or parts of other characters.  This over saturation of the mold soured most collectors on it.  But, these vintage releases are high enough quality to remain use full...even after the mold was rendered moot.

While certainly not a rare figure, this 1993 repaint (along with a few others) are more difficult to find than they really should be.  It's easier to find this figure carded these days than it is loose.  But, neither will cost you more than $6 or $7 as the figure is just not that popular.  This is a good thing, though, as it allows the modern collector to pick up a high quality version of a major character for basically the cost of a sandwich at lunch.  For a 20 year old toy, that's not too bad.  This is a figure that I still enjoy having in my collection.  It's different yet recognizable.  You really can't ask for more from something that's still so affordable in the vintage line. 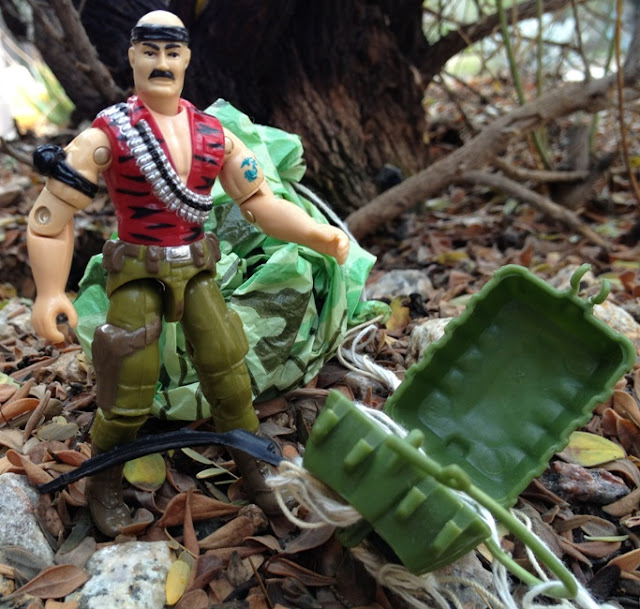 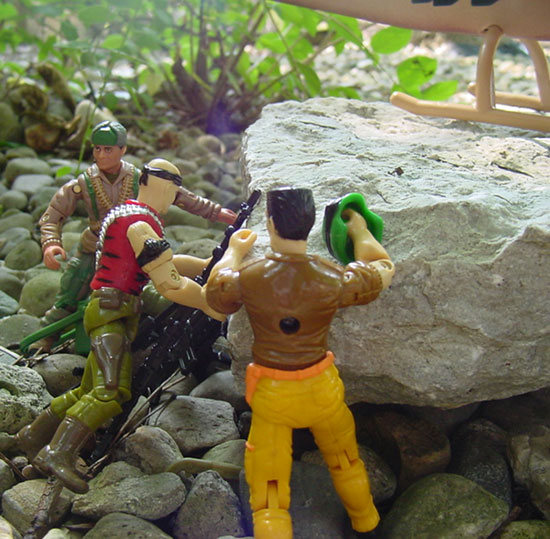 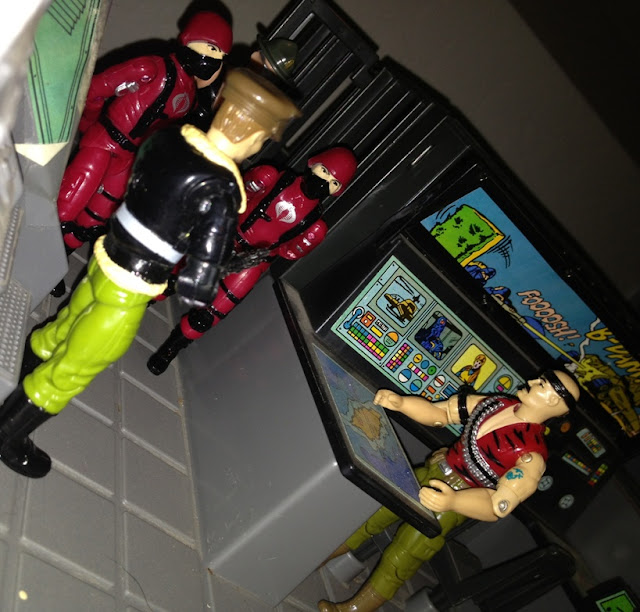 Posted by Robot_Sonic at 11:12 AM
Email ThisBlogThis!Share to TwitterShare to FacebookShare to Pinterest
Labels: 1993, Battle Corps, Gung Ho