During the week of Christmas of 1994, I went to the local Toys R Us store on my lunch hour.  The store was completely packed and the aisles were nearly un-navigable.  I made my way to the G.I. Joe aisle.  I did not know at the time that the line was done.  I just tried to get through the throng of humanity to look at the figure offerings that were available.  I only recall one item from that visit: the 30th Anniversary Boxed set.  In it were 5 figures and a space capsule.  They were done in G.I. Joe style, but were not meant to a part of the character driven G.I. Joe line with which I was most familiar.  The set was far more expensive than I would have liked and I put it down and forgot about it for a few years.  When I returned to Joe collecting full time a few years later, I found not only the set on YoJoe.com, but also the fact that 4 of the figures in the set were offered as individually boxed figures.  I quickly started looking for the sets and found that the boxed figures were insanely cheap.  In most cases, even cheaper than the original retail price of the figures.  So, I built up my first set of actual Joe affiliated army builders: the Action Marine figures.


The 30th Anniversary figures were an homage to G.I. Joe's roots.  As such, the four figures in the set hearkened back to the military style of post World War II and pre-Vietnam.  The result is a set of figures that were instantly dated.  But, despite this design limitation, they are still generally useful.  The Action Soldier and the Action Marine are the best two figures.  The basic drab design of the Soldier, though, is less visually stimulating than the brighter green and camouflage of the Action Marine.  The molds are simple.  There are few trappings other than pockets and pouches.  The hands are posed awkwardly with extended index fingers.  But, this simplicity gives the figures their appeal.  The Action Marine features a very intricate camo pattern that disguises the fact that he's almost the same base color as the Joesph Colton figure that also shares much of body mold.  It also hides the basic mold and makes the figure appear much more detailed and full than the Action Soldier who features a solid, drab colors scheme.

For me, the simplicity is useful in terms of having generic soldiers.  But, within the context of Joe, the molds seem out of place.  There are many other, more traditional, figures who I can use as army builders.  The 2000's were full of figures like Mirage, Dusty and Big Ben whose ubiquity, quality, accessories and colors make them useful nameless Joe allies.  These 1994 soldiers appear overly dated.  If you combine them with stories from the early 1980's, their anachronistic appearance is more forgivable.  But, even in this context, the designs are at least 20 to 40 years too old.  I think this is why they haven't taken on much of a life among collectors.  Sure, they are actual army builders.  But, they are just so far removed from the appearance of Joe that they don't seem part of the line: just figures using the same construction style.

The Action Marine's accessories fall into two categories: the basic gear and the playset gear.  The basic gear is awesome and ancient.  The figure includes an antiquated rifle and backpack that's straight out of a World War II movie. Within the context of the figure, though, these accessories work very well.  While they may seem out of place with the Spacemen and Mega Marines with whom they shared a release era, the throwback gear is somewhat refreshing.  The playset gear included with the Action Marine was the fun part of the figure.  The Marine came packed with a hard plastic raft.  The raft featured a mount into which the figure's rifle could be plugged.  He also included an oar as well as the standard spring loaded missile launcher that was requisite for all 1994 releases.  The gear is a great addition to the figure.  But, it, along with the box, raised the price point to $7.99, or more than twice the going rate for standard G.I. Joe figures.    (Wal Mart did have them for substantially cheaper.)  This higher price doomed them among the few Joes fans of the time who would have wanted them for their collection.

In 1994, Hasbro tried to cash in on nostalgic adults with these figure releases.  (To the extent that each figure was individually numbered.)  As such, they were priced higher and marketed a little differently.  While these figures did pegwarm to a great extent, they also were very successful at penetrating the burgeoning adult collector market.  The problem, though, is that many of the people who bought these commemorative figures did so with visions of dollar signs in their future.  As such, it was not uncommon in the early 2000's to find a collector who mostly dabbled in lines other than Joe to try and sell these figures for exorbitant prices.  While boxed figures would sit unsold on Ebay for .99, you would see guys posting to newgroups or message boards that they had them for sale for "only" $40 per figure.  Time mostly flushed these types of collectors out.  But, they somewhat hurt the reputation for the Action Series figures as they got associated with the scummier aspects of toy collecting.

The reality is that the lack of characterization and widespread availability of these figures has doomed them to a lifetime of obscurity.  Collectors largely don't care about these figures and even the heady army building zeitgeist of the early 2000's could not get collectors to pursue these figures in any earnest.  Today, they are worthless.  You can get boxed sets for under $5, and even cheaper if you buy them in bulk.  If you can find loose figures, they go even cheaper.  For the price, they are a great addition to any collection.  They are a great way to build up some cannon fodder for USS Flaggs, Defiants or other G.I. Joe collection displays.  But, they have not been able to take that role.  Instead, they remain final year oddities for the Joe line that really don't fit within the traditional views that collectors take of the franchise.  This means they are just there for the plucking by any collector who takes a shine to them.  But, even though I enjoy these figures, I haven't bought any in nearly a decade and a half.  After you get a couple, you really do get your fill. 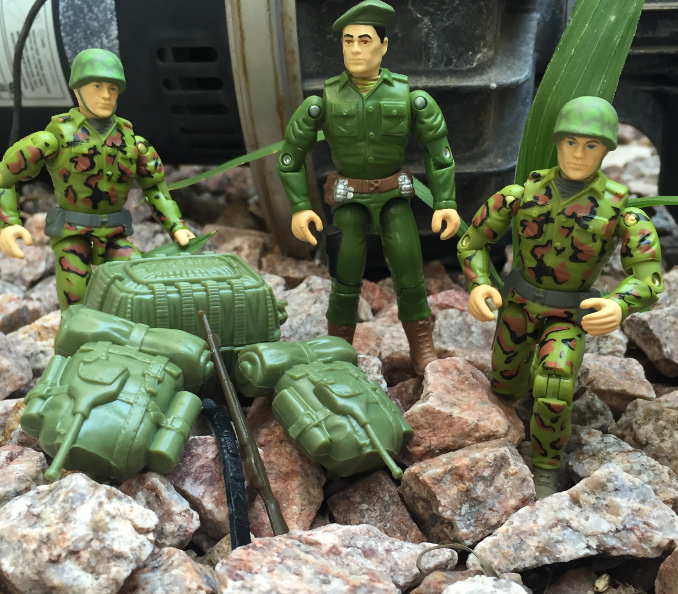 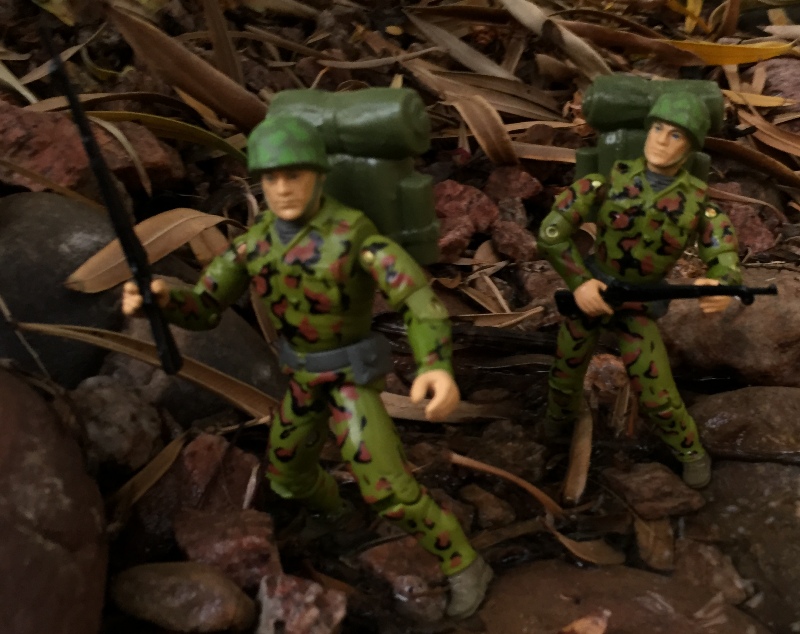 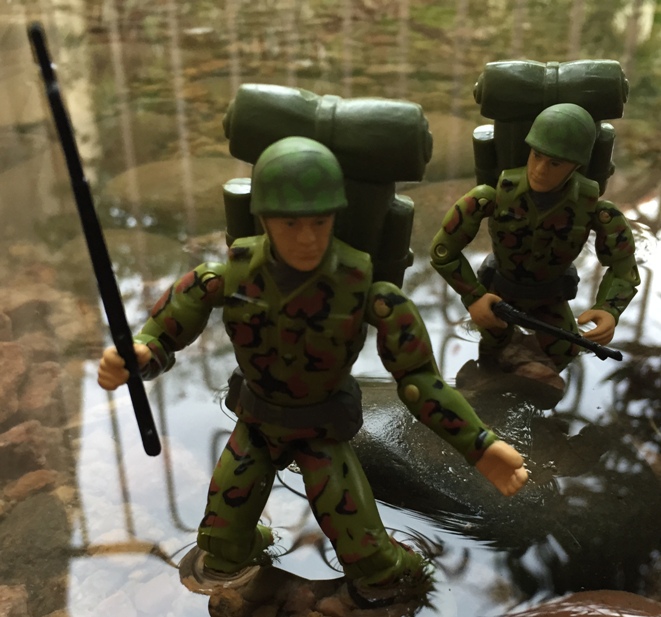 Posted by Robot_Sonic at 2:30 AM
Email ThisBlogThis!Share to TwitterShare to FacebookShare to Pinterest
Labels: 1994, 30th Anniversary, Action Marine