I've told the story of my first encounters with 1985 figures many times.  I had 1985 cardbacks in late 1984 and was awash in anticipation as the new Joes slowly trickled to retail.  On the vehicle side, though, I did not have the advance notice.  The vehicles for 1985 remained a mystery until rumors began swirling that Sears had a shipment of Silver Mirage motorcycles.  The name struck a chord, but I didn't see the actual toy.  Within a few weeks, though, a new G.I. Joe commercial began to air.  In it, brand new 1985 Joe figures battled the new Cobras in the snow.  Included with the figures, though, were two new vehicles: the Cobra Flight Pod and Mirage motorcycle.  As soon as I saw the motorcycle, I was hooked.  The Mirage quickly became the one toy I most wanted.

The RAM was my first G.I. Joe toy.  By early 1985, though, it's days were done.  I had broken, super glued, re-broken, glued again and then re-broken the RAM again so many times that it was simply beyond repair.  It was now nothing more than junk on the floor of my toy room.  Joe needed a motorcycle, though, and I was desperate to replace the toy that had started it all.  In the late spring of 1985, I found a Silver Mirage at the local Sears.  I had started mowing lawns and had the money to buy it.  We got back home in the late afternoon.  In the waning sunlight of that Saturday afternoon, the Silver Mirage entered into my collection.  With great excitement, I opened it up and assembled the vehicle.  I loaded it up with my favorite figures and prepared to zoom it across the carpet.  As soon as the Mirage moved an inch, the sidecar fell off.  As I struggled to to keep the vehicle together through just normal play, it slowly dawned on me that this toy to which I had so looked forward was actually, somewhat, a piece of junk.

As the days rolled forward, my initial impression of the Mirage was only reinforced.  It simply did not stand up the play to which it was subjected.  By 1985, I was 11, so it's not like I was overly harsh on the toy.  It never left my room.  But, this was due to the fact that just picking it up caused pieces to fall off.  It would chase a Ferret for two feet and I'd have to reattach the front light, sidecard and a missile or two.  The Mirage displayed a fragility that was simply not present on most other Joe toys.  And, as such, it quickly found itself out of the rotation, replaced by the Armadillo which would withstand a nuclear holocaust.

But, this wasn't the end of the Mirage.  At least, not the end of all of it.  In 1986 and 1987, my room was the stage for epic battles.  My room was an addition to our house that was fit above an old screened in porch.  It was a nightmare of odd angles and weird design choices that made it useless as a selling feature but an awesome place for a kid to grow up.  My room was actually a nook attached to my brothers' room.  It didn't have its own door.  Instead, it had a huge tunnel like opening that lead from the original room to the new annex.  It was maybe 6 or 8 feet long, but seemed much longer back then.  This hallway then had a single step that lead into my bedroom.  It was this hall and step that forged the focal point of my play.  You see, the Joe's base was in my room.  To attack it, Cobra had to sweep through the hall and descend the step to get to the base.

My childhood Joe was based on the premise that Cobra was much stronger than the Joes.  They had unlimited resources and a resolve to defeat the Joes that was nearly unmatched.  This left the Joes on the defensive.  To protect their base, they built a line of defenses right above the step.  These ranged from junked vehicles to old TIE Fighter wings.  (The Star Wars appearance was relevant as much of the Cobra attack on the base premise was derived from The Empire Strikes Back.)  As the years progressed, Checkpoint Alpha became the focal point with the Bridge Layer's bridge as the way down the step.  Playsets like the Outpost Defender and Coastal Defender were integrated into the junk to provide hidden firepower to resist the Hiss Tanks, STUNs and, later, Maggots that made up the bulk of the Cobra attack.  Hidden among the broken down pieces were the sidecars from various Mirages we had received.  (At one point, I think we had three of them as they must have been cheap gifts.)  A solitary gunner would man these posts and the missiles and large guns were a way to trap the Cobras in an enfilade.  This was the final fate of the Mirage: parted out for random defense.  But, it was the way I could use the piece without it falling apart.

The Silver Mirage has a lot of upgrades over the RAM.  First, the sidecar is substantially upgraded from the gun pod from the RAM.  The Mirage's sidecar holds a figure, but still has the massive machine gun that provides the bulk of the armament for the cycle.  In addition to the gun, though, the Silver Mirage also features two missiles on the sidecar and two, smaller missiles that attach, awkwardly, to the cycle's body  itself.  This lends an air of armament to the vehicle that was great for such a small package.  To me, it made the Silver Mirage more dangerous since it had the ability to take out vehicles with the missiles.

The overall sleek design suggested speed.  I found that you could more easily put two figures onto the main body than you could the RAM and the general additional detail was a substantial upgrade.  My favorite part, though, was the color.  The silver body was not a color often seen by 1985.  And, it gave the Mirage a special appearance: like it was reserved for the best Joes.  (A fact I initially played up since it didn't have a specific driver.)  All of the details on the engine and wheels were upgrades from the RAM and the enhanced controls made for more realistic posing when figures rode it.  In short, this was a great toy: visually.  But, the cost of that appeal was reduced playability.  As an adult collector, I find more value in that aesthetic.  But, the disappointment from my childhood in regards to the limitations of the vehicle's use clouds my entire view of the vehicle.

The Silver Mirage mold was sent around the world.  It was released in Brazil by Estrela. Aside from its use in the U.S and Brazil., it saw an exclusive release in Argentina.  This version was very similar to the American version and was fairly available during the Plastirama warehouse find days of the early 2000's.  The mold then made its way to India where Funskool also released it.  Again, the version is similar to the American cycle.  Funskool, though, reused the mold in some other playsets.  A blue version can be found in the highly underrated Super Cop sets.  It lacks the sidecar, but is an interesting piece.  Hasbro reacquired the mold for the Silver Mirage in 1997 and promptly re-released it in the Toys R Us exclusive 15th Anniversary sets with a repainted Duke figure.  This version suffered from poor quality and the Silver Mirage was not seen again.  In 2010, a newly sculpted Silver Mirage was released in Action Force colors at the convention.  Why new molds could be created for this but not other, more popular vehicles will always remain a mystery.  But, Silver Mirage aficionados have a wide variety of specimens to track down.

Pricing on Silver Mirages is all over the place.  Mint and complete specimens sell anywhere between $10 and $40.  The higher ones often have the blueprints.  But, it's rare to see such a pricing disparity on a vehicle that should be relatively common.  But, the Silver Mirage did have a lot of small parts that not only fell off easily, but also were of a clear color that made them tough to find.  So, some of the pricing reflects that.  It was also released during the height of Joe's popularity and gets a nostalgic pass from a lot of collectors for that reason.  My experience with the Mirage may be the anomaly, though.  And, others may have found it a wonderful toy.  The look certainly supports that notion.  But, my experience with the playability across multiple examples from my childhood will forever cloud my take on the Silver Mirage. 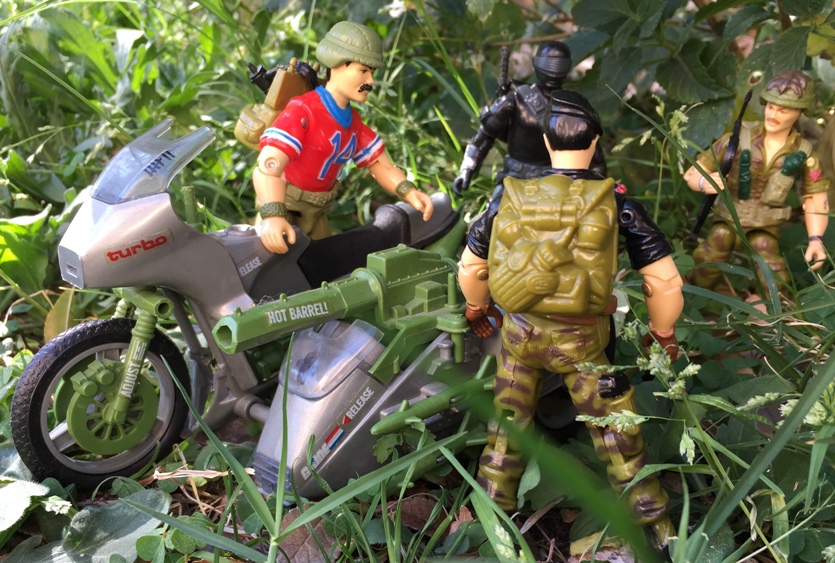 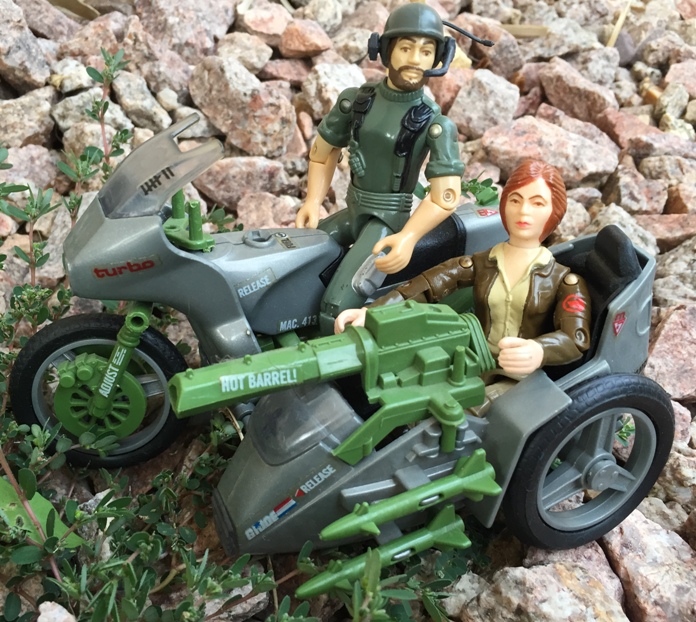 Posted by Robot_Sonic at 2:30 AM
Email ThisBlogThis!Share to TwitterShare to FacebookShare to Pinterest
Labels: 1985, Silver Mirage, Vehicles