In 1997, a scalp kiosk at a flea market on the other side of town had some carded Joes from China.  He wanted way more than I wanted to pay for them.  But, I remember seeing the Flint figure and thinking what a cool weapon was included with him.  (I didn't realize it was the Headhunter shotgun at the time as I had never seen a Headhunter.)  Fortunately, the advent of Ebay proved the figures were actually very common.  So common that I could open a carded version and enjoy one of the cooler and better done foreign exclusive figures.  Here's the best of the Chinese Flint from around the web. 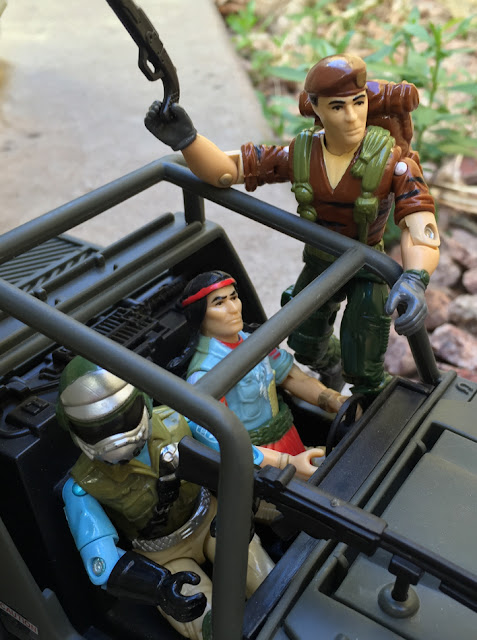 Posted by Robot_Sonic at 2:40 AM
Email ThisBlogThis!Share to TwitterShare to FacebookShare to Pinterest
Labels: 1994, Around the Web, Chinese Exclusive, Falcon, Flint, Foreign Figures, Tiger Force