The Secto Viper is a great figure.  He's the perfect Cobra deep sea diver and is an excellent match for the oddball BUGG.  Sadly, they have gotten pricey and hard to find these days.  Even worse is that we didn't get any cool repaints in the 2000's.  This guy would have been awesome in 1985 Eel colors.  (See NetViperX's site for a Copperhead repaint, too!)  The mold was lost to Olmec toys, though.  There's tons of content on them around the web.

Secto Viper at NetViperX's Custom Gallery - Don't miss this one! 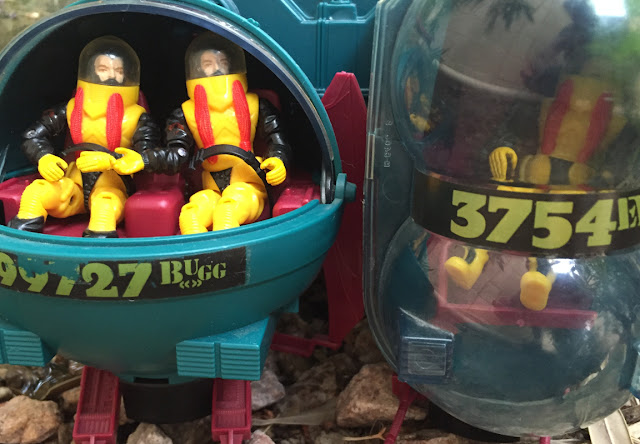 Posted by Robot_Sonic at 8:44 PM
Email ThisBlogThis!Share to TwitterShare to FacebookShare to Pinterest
Labels: 1988, Around the Web, Bugg, Secto Viper, Vehicle Drivers