When G.I. Joe was exported to Brazil, most of the major characters went with it.  On the Cobra side, though, the Estrela toy company forewent Cobra Commander (likely because Hasbro kept the mold) and created two new characters for their toy line.  The Cobra De Aco and Cobra Invasor would later be joined by the Cobra Mortal from Argentina to make a triumvirate of exclusive Cobra characters from South America.  They all used Snake Eyes parts as all or part of the mold.  Across the Atlantic Ocean, a slew of repainted Joe figures were incorporated into the enemy faction of Action Force: the Red Shadows.  The two combined to make great extensions for enemies of G.I. Joe.  In 2010, though, the Black Major forged the two together and released a Red Shadows Invasor using a repainted Snake Eyes body but colored all in red and with the iconic skull and bones logo of the European Red Shadows.  This figure tied together some fringe elements of Joe canon and gave collectors a spectacular way to expand their collections.

The Snake Eyes repaints were the second mold produced by the Black Major.  They followed the Cobra Troopers and had some of the same issues as the Cobra Troopers did.  The body mold is slightly smaller than a real Snake Eyes figure.  So, the figure will neither fit onto vintage Joe figures stand nor be able to wear a backpack.  On top of that, the figure uses the large crotch that appeared on the 1982 straight arm figures rather than the more streamlined piece that debuted with the swivel arm upgrades.  It creates an odd visual for the figure.  And, the greater likelihood of breakage is still there.  But, these are collector figures so there aren't many kids who have gotten a chance to break them apart.

There are a large number of Snake Eyes variants.  Some were Invasors.  Some were Cobra Mortals.  Some had obscure logos tampo-ed on their chest.  Some were useful in odd ways like the desert Snake Eyes variants.  Others were just over the top.  But, this Red Shadows Snake Eyes is the one that works best for me.  The main reason is that this figure seems like something that could have existed.  A repainted Snake Eyes figure was released in the Action Force line.  And, Red Shadows features repaints of Cobra figures.  To me, it's within the realm of possibility that a repainted Snake Eyes could have been used in the Red Shadows line.  (He wasn't, though.)  So, in looking at this figure, he seems less like a fan creation and more an extension of what Hasbro and its licensed subsidiaries might have developed.

From that visual appeal, though, this Invasor works for me on a different level.  In the early issues of the Joe comic, we saw several anonymous Cobras whose look differed from standard troopers and officers.  The characters  appeared in background panels starting with the first issue.  It stands to reason that early Cobra would have had several "named" leaders to help corral the troops and lead Cobra military operations.  In the days before Destro, Major Bludd and Zartan, Cobra Commander still needed top operatives to carry out his orders.  This is where characters like the Invasor, Mortal and De Aco come into play for me.

I see the Invasor as one of those early Cobra operatives who was brought over in the Red Shadows merger.  For the Shadows, he operated all over the world.  But, once within Cobra, the Invasor was relegated to European duty.  Here, he recruited defectors from the Cold War east and shuffled them into Cobras ranks.  Their malleable personalities, military training and anti-American upbringing made them perfect pawns to take up arms against the U.S. military.  However, by the time Cobra Commander ended the Red Shadows as a faction and globally branded his evil enterprise as Cobra, the Invasor was long dead.  I've yet to come up with a story that ends with his demise.  So, I'm still unsure if he dies at the hands of the Joes or due to a double cross from his own allies.  But, the Invasor is no more and is completely forgotten within the modern ranks of Cobra.

Red Shadows Cobra Invasors are no longer easy to find.  They appear very infrequently.  Typically, you will pay around $40 for one.  But, left to open market, the figure will likely go for more.  Back in 2010, all of the Invasors and Mortals were pretty easy to find.  So, if you were around back then, you could have easily bought one for around $10.  There's just not as many of those guys still around as there used to be.  Which is why this Invasor and many other flavors don't show up all that often.  I'm grateful I had a chance to get this figure and have found him to be one of the best acquisitions I've made in the past decade. 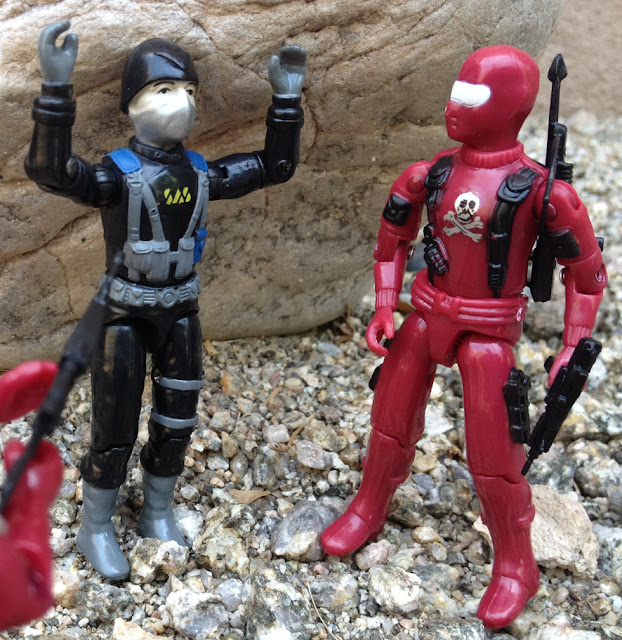 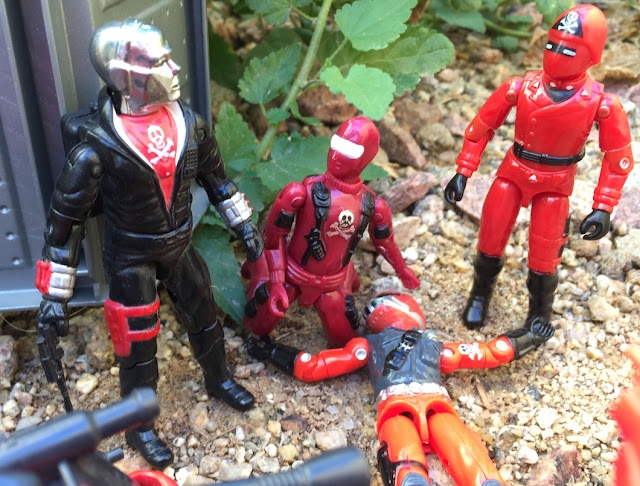 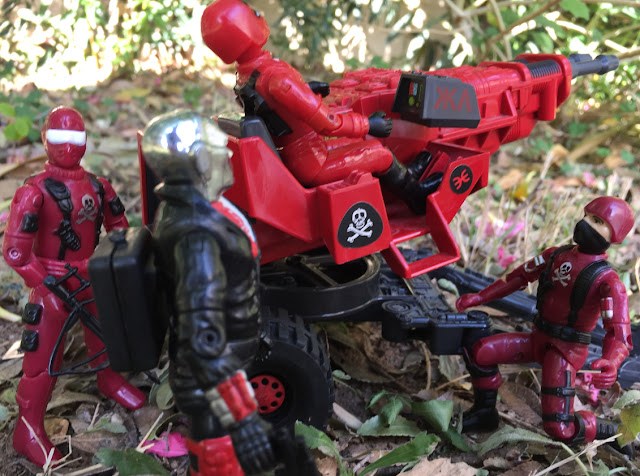 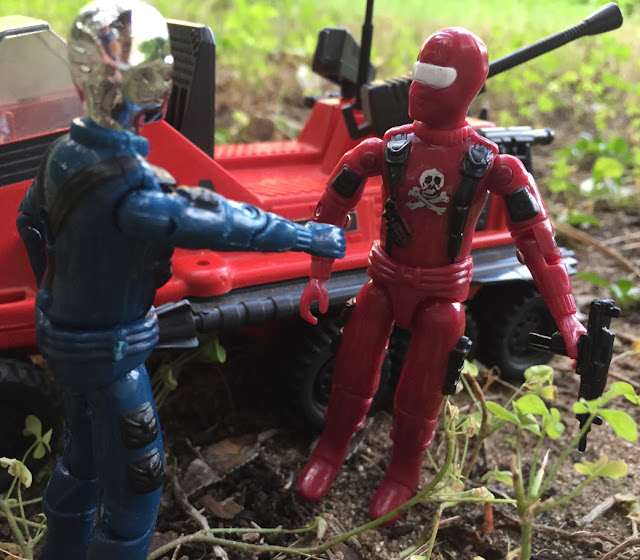