Destro's introduction changed the direction of G.I. Joe.  His appearance in 1983 helped set Cobra as a more viable foe for Joe.  And, he also brought an element of design flair to the line.  A human villain with a chromed head was a retail standout at the time.  And, it helped make G.I. Joe a line that went beyond its olive drab roots.

In recent years, I've come to find the character of Destro to be overly problematic.  He was portrayed as a man of honor.  Yet, to me, this is disingenuous.  He is an arms dealer who profits from violence and death.  He uses his notion of "honor" as a way of shielding his conscious from the atrocities that he enables.  This gives him cover and absolves him of responsibility for any actions of his customers.  It's "just business".  But, to me, that's the issue.  It can't be an arms length transaction when innocent people are displaced from their homeland, intimidated and even killed in violent fashion by the machines of war.  So, now, I see Destro as culpable.  Every death that occurred by his weapons are on his head.  And, his disassociation from that responsibility leaves him a coward in my eyes.

For me, now, Destro is just evil.  So, he appears in my world as a conniving, evil man who seeks to profit off of suffering and war.  It's still terrible.  But, at least he's honest about who he is.

Obviously, lots of good Destro content out there.  Check out all the links as you'll find fun stuff throughout. 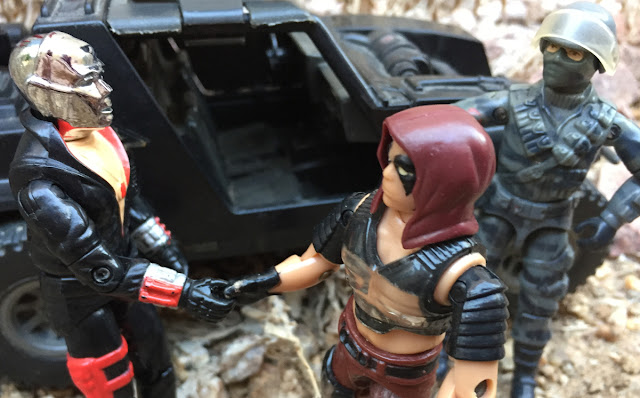 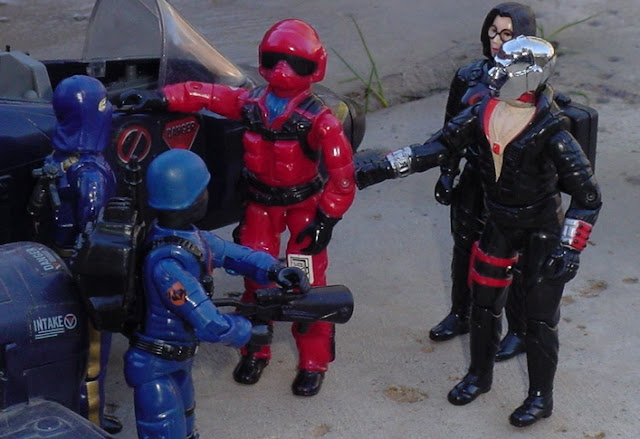 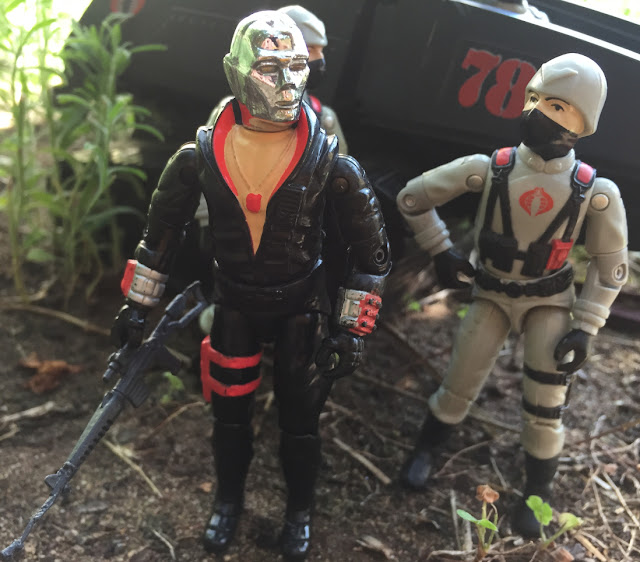 Posted by Robot_Sonic at 1:04 AM
Email ThisBlogThis!Share to TwitterShare to FacebookShare to Pinterest
Labels: 1983, Around the Web, Destro