While the notion of a mainframe computer is highly antiquated in today's client-server world, the character of Mainframe was on the cutting edge of 1980's computer technology. Of course, while computers play a vital role in modern military operations, they really aren't all that much fun to play with in a military toy setting. The result is another forgotten figure who modern collectors seem to have just skipped over. Mainframe, though, is due at least some recognition.

I was torn between which version of Mainframe to profile. His original grey version is a much cooler figure and one with which the collecting community is far more familiar. The Mission to Brazil Mainframe, though, is a figure that I, as a child, used extensively. The original Mainframe was the master, but this figure represented the hordes of field science and computer troops who would tag along on various missions. He was my cannon fodder while the original was the hero. Of course, I quickly created storylines where the nobody computer officer saves the day, but the figure also suffered his share of terrible deaths as well. By using the figure as a common bloke, though, I made Joe more fun. I could still use the main characters as themselves, but also had the ability to expand the Joe ranks and have Cobra assess a few casualties. I think this was why Joe was so endearing. The figures lent themselves to whatever a child could desire. Without limits, the line was free to last for as long as it did.

Mainframe's accessories were pretty nice. (Note, the uzi is an accessory that I added. Neither the original nor this version came with any type of gun.) The pack and computer were realistic enough. The computer, though, had holes around the edges. It seems that at some point Mainframe was either going to also come with a stand for his computer, or some other vehicle or playset would have done so. I think that would have made the figure a little more fun to own since he always had to kneel down to use his bulky version of a laptop. The microphone is also nice, and is an oft-missing accessory on most of the Mainframe figures you now see for sale. Had they attached it to his helmet, though, I think this guy's appeal would be greater. Mainframe's main problem is that he is not usuable in very many situations. He doesn't look good as a pilot; can't really be used as a field combat troop; doesn't have the acoutrements to be used in specialized situtions (like Airtight); and doesn't fit in as a vehicle driver. The figure is really only useable as a computer operator in the Headquarters, Tactical Battle Platform, or some other similar playset. As I pigeon-holed him into such a ting role, Mainframe's popularity was short lived. After mid 1987, both versions were put away and still have yet to really see the light of day again. Perhaps if I get a shuttle complex, they will find more use, but right now, they never leave their drawer.

Like all the Mission to Brazil figures, Mainframe is a bit more expensive than he is worth. This color scheme is terrible and the figure has no weapons. Really, he isn't much fun. Still, mint complete specimens will run you over $15.00. Frankly, that's too much to pay. Had I not owned this figure as a child, I doubt he would be part of my collection. This is a figure that many collectors do have, but only due to his perceived rarity. Unlike the MTB Wet Suit, this guy is about useless except as a filler figure at the Headquarters computer terminal. There are much cooler, and cheaper figures that can easily be used for that purpose. He simply no longer holds my fascination like he used to. Should you spend a large amount of money to acquire this figure, I think your opinion of him will be the same after only a short while.

I don't need anymore of this guy, but would like a Claymore with an intact crotch. The rest of the figure can be trashed, as long as the Crotch is okay. If you can help, email me. 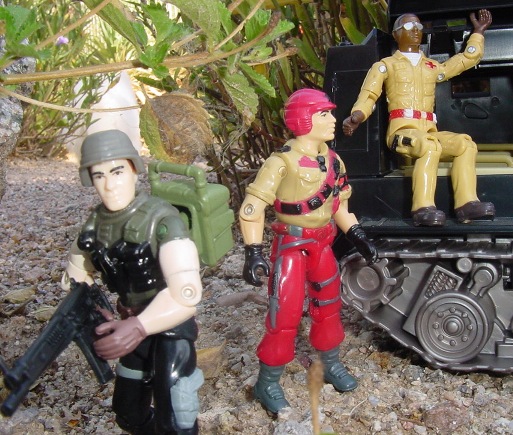 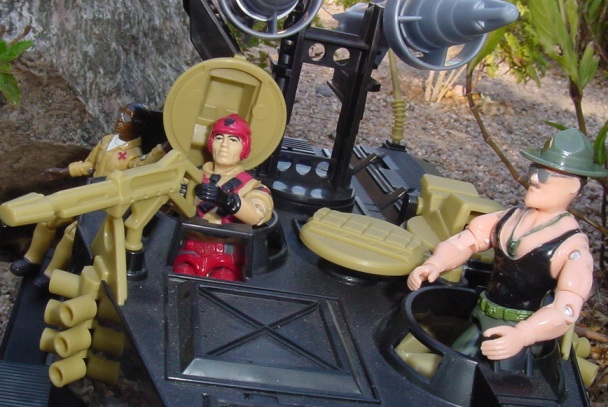 Posted by Robot_Sonic at 9:15 AM
Email ThisBlogThis!Share to TwitterShare to FacebookShare to Pinterest
Labels: 1986, Mainframe, Mission to Brazil, Retailer Exclusive