Any fan of this website knows of my affinity for vehicle drivers. It was the vehicles that drove the Joe line. While the figures are simply awesome, the full range of realistic, and incredibly fun, vehicles were the perfect accompaniment that made this the greatest toy line of all time. While other lines have vehicles, none undertook the scope the Joe line offered. Boats, jeeps, tanks, and airplanes were the crucial elements that allowed children to enact out any, and every scenario of which they could think. The enduring factor of the Joe line is that it allowed for the breadth of a child's imagination. Any toy line that could encompass an area so large has to be memorable.

That being said, the heyday of Joe vehicles, and the beginning of the end of the line, occurred as the '80's wound down. However, 1988 and 1989 still brought us many fantastic vehicles that are just magnificent, even when compared to what little vehicular fare is offered by contemporary toy makers. Among these vehicles was the Stealth Fighter. It is a sleek, black aircraft that looks like it would be the most fun of all the large aircraft, both Joe and Cobra, to play with. It is the pilot of this plane that is our subject today: Ghostrider.

This guy is an almost never mentioned figure, but he is really very cool. He is cast in black and grey with realistically painted highlights. His mold is good, though not spectacular, and he isn't in some outlandish outfit many other vehicle drivers tended to have. He isn't a busy figure, and is rather plain. He's got an airmask molded onto his chest, but it is so small that it's easily overlooked. His helmet is molded onto his head, but it's not so big that it makes the figure seem awkward. The green goggles painted onto the helmet are nice as well. All of these signs point to a figure that should be very highly regarded. Instead, Ghostrider is just another forgotten face in the Joe air ranks.

The reasons why, though, are many. For all the nice things about this figure, there is just another step further Hasbro could have gone, and had already done on existing figures, that would have made this guy one of the best pilots in the entire line. First off, he should have come with an air mask. I've given him Lifeline's airmask (one of the best accessories in the entire line) to rectify this. Also, his helmet should have been removable. Had they done this guy similar to the 1992 Ace, I think he would have been awesome. Also, this guy's few appearances in the comic never referred to him by name. They said he was so stealthy and forgettable that no one could remember him. (It may also have had to do with the fact that one of Marvel's own super hero properties was named Ghost Rider, but who knows?) It was a dumb gimmick that robbed the figure of his due.

All of these things left this figure as one of limitless possibilities that were ignored. As such, Ghostrider is ignored by most collectors today. He could have been so cool. He should have been the best pilot ever. Instead, he's a nice figure but not one that people tend to seek. I've found him to work well as a non-descript airman. Since I normally use figures like Countdown and Ozone as test pilots and the aforementioned Ace as the nameless fighter jocks, though, this guy doesn't get too much time. I've used him as a co-pilot or aircraft gunner, but even those uses are minimal. Basically, this is a guy who is cool to look at, but not all the much fun to use.

Ghostriders are actually fairly simple to find. It doesn't make sense as the Stealth was a higher price point vehicle and he was never offered, to my knowledge, as a mail in figure. The Stealth, though, was an immensely popular vehicle. I think that accounts for his current availability. Of course, his scarf is a tougher find, but is still attainable. When they appear for sale, you can usually pick up a complete one for under $10. Frankly, I think there are other pilot figures that are more deserving of that kind of money, but I don't think this guy is highly overpriced. I like the figure and use him as a pilot in most of my Joe flying machines. He isn't the coolest pilot in the Joe line, but he is certainly a nice figure to have and fleshes out your Joe air corps very nicely.

I dig Ghostrider, but am looking for a Stealth fighter. If you know where to get a mint, complete one at a decent price, email me. 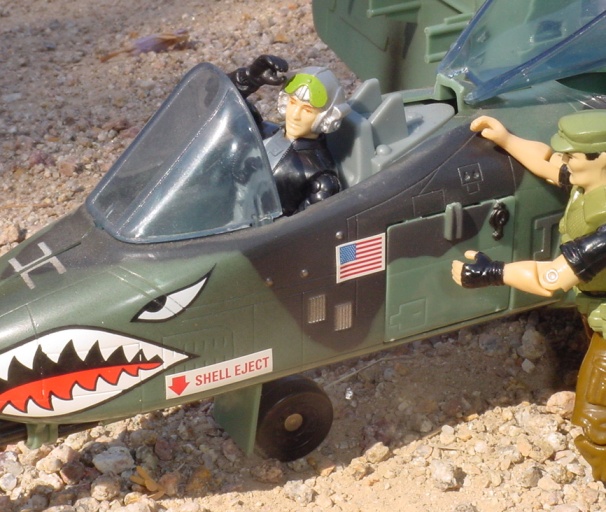 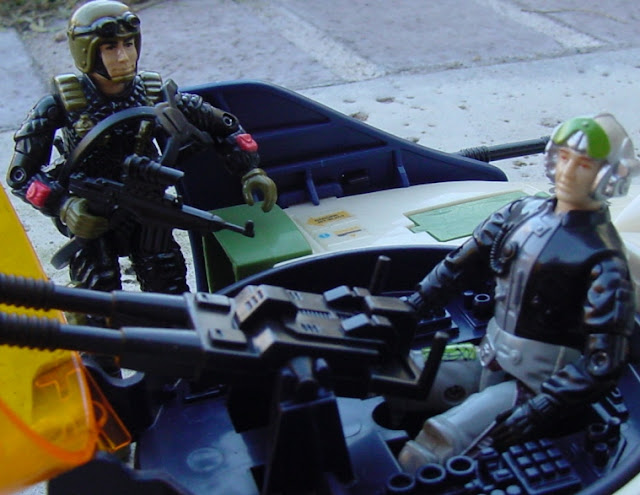