I'm not sure the reason, but I've lately been profiling many 1987 figures. I think the primary reason is that 1987 was, esentially, my Joe swan song. I went all out purchasing figures that year, but 1987 was really the last year that I collected Joes with any gusto. I had finally reached the point where I was getting too old to be patrolling the toy aisles and getting excited whenever I found a new Joe I still needed. Of course, this didn't mean I didn't make the occasional trip to the toystore, but my post '87 collection used to be a fraction of that before.

From the get-go, Backstop got a lot of use in my collection. He came with the Persuader tank. This vehicle had all sorts of potential, it was basically a Joe version of the Hiss tank, but really came up short when it came down to the nitty-gritty. The gun turret had this huge, overdone cannon rather than smaller, more realistic guns like the Hiss tank. Frankly, it's a cheap vehicle that lacks any real detail or distinguishing feature. The reason it looked so cool in the catalogs, though, was because the design could have been great. My disappointment with the Persuader was made up for by my liking of Backstop. I've always liked vehicle drivers. They are often the more avant garde figures of their year. Since they were packaged with vehicles that sold regardless of the figure, the designers could include figures that took some chances in accessories, design, and color. For that reason, I liked the vehicle drivers. They weren't the run of the mill figures that were all too prevalent in the mid '80's. Backstop is no exception.

That being said, Backstop is a cool figure. You can't see his yellow pants when he is sitting in his vehicle. I always explained them away by saying that if Backstop was out of his Persuader, he was in desperate trouble and would need a bright color to attract the attention of potential rescuers. The figure, like the Motor Viper and Airwave, has the cool dual leg holsters. His green torso and red gloves are no longer all that great, but worked for me way back when. He also has heavy armor molded on his shoulders and upper chest that would offer some protection to his exposed areas when he was driving. His coups de gras, though, is his helmet. It is highly reminiscent of the old Battlestar Galactica helmets. It has a long, open area in front of his mouth that allows you to see his entire face, even when he is wearing the helmet. I've always been a sucker for removeable helmets, especially ones that were unique. Because of this, Backstop became an important figure to my collection.

From the beginning, Backstop had a few distinguishing characteristics. One: he was Canadian. As far as I can remember, Backstop was the first foreign born Joe. Second: his filecard indicated that he was big, strong and mean. Of course, many Joes' filecards said things to this effect. With Backstop, however, I took it as cannon. As he never appeared in the comic or cartoon as a major character, I was free to do with him what I wanted. I made Backstop a big, huge, hulking man who was a world class fighter. I also used him to intimidate both Cobras and other Joes alike. He was kind of an anti-hero. He would do what he was supposed to do, but he wouldn't let a little thing like being on the same side stand in his way of hurting someone. Of course, this lead to all sorts of adventures where the Joes had to let Backstop out of jail in order for him to help them. It may be cliched, but it was a fun new story line for me when I was a child.

As a figure, this rendition of Backstop did not appear in any other Joe line anywhere in the world. The entire body mold, though, was reused for a Sky Patrol figure in 1990. Backstop's Persuader tank, though, did see international release: most famously in Argentina. This tank actually includes another Backstop figure. Instead of this mold, though, the Argentine Backstop uses the entire body of Blowtorch (only with Doc's waist) in colors similar to the American Backstop. It is a unique figure and one that is well worth tracking down whether you are a fan of the Backstop character or not. I think that this Backstop mold, though, could be repainted into something interesting. It's not likely at this point, but I would not mind seeing Backstop return in colors that are more flattering.

Backstops appear every now and then. Usually, he exhibits heavy paint wear and is missing at least his gun and also his helmet. Finding one mint and complete may take a bit of a search, but is very do-able. He isn't very expensive, though, so he doesn't find a great deal of popularity when he is offered for sale. He is a figure with limited uses, but is nice to have. I've gone without one for several years and, now, don't really know what to do with him. He's the type of figure that I want to use, but don't have the arena for him just yet. Perhaps, with the addition of a couple of new tanks, Backstop will regain his former popularity. Even if he doesn't, I still have my memories of my childhood.

I like Backstop and could stand to see a repaint of him at some point, but I don't really want any more. Who is your favorite vehicle driver? Let me know. 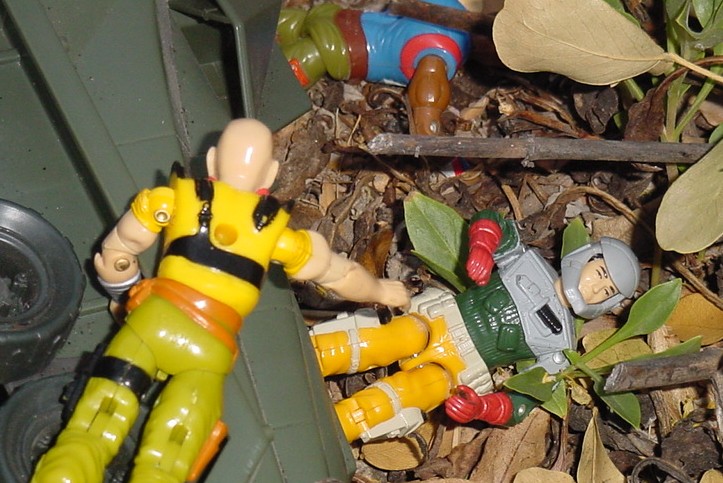 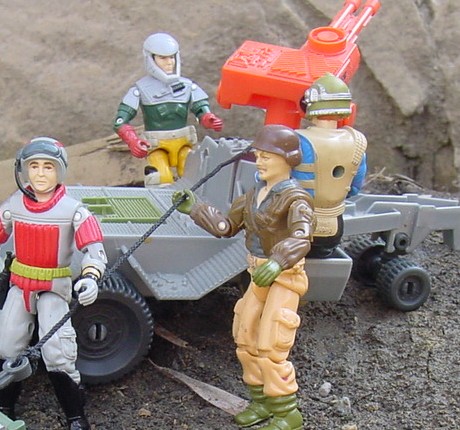 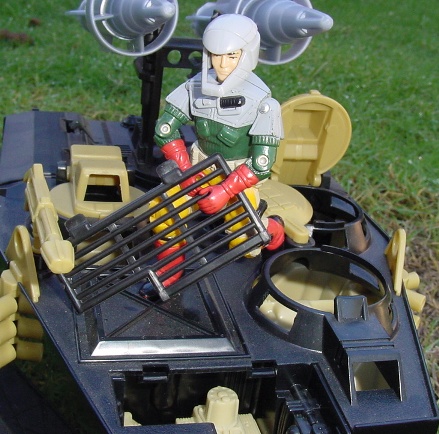 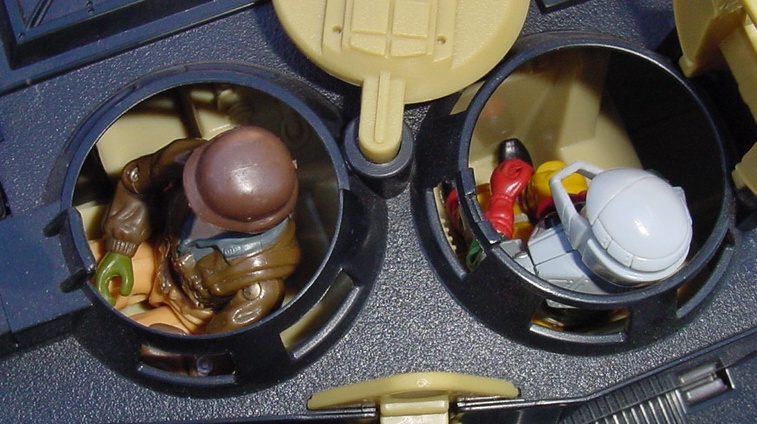 Posted by Robot_Sonic at 11:47 AM
Email ThisBlogThis!Share to TwitterShare to FacebookShare to Pinterest
Labels: 1987, Backstop, Vehicle Drivers