Way back in May, in my profile of the 1994 Dialtone, I mentioned that Joes would be returning to retail shelves this fall. Well, they have. While there have been many detractors of these new figures, frankly, they are awesome! End of story. These figures showcase figure selection (with the exception of Chameleon, who should never have been made), color scheme, weapons choices and figure construction that harks back to the late '80's during the line's heyday.

Before I saw any early test shots of these figures, Dialtone was the one to which I was most looking forward. After I saw the early shots, though, that changed to Law. Now that I have all 10 figures in hand, Dusty has become my favorite. The mold they selected has always been highly underrated. (Had he not been in desert cammo, I would probably have eventually showcased him in the Forgotten Figures section. The new color scheme they have given, him, though is just awesome. The blue torso, green pants, and red beret all complement each other very nicely. While this guy may not fit the look of traditional military figures, he is certainly pleasing to the eyes and has a uniform that creates a very cool figure. In fact, I think he's the best Joe aligned figure that's been produced since at least 1992.

I don't know what I'm going to use Dusty for, just yet. Since he comes with Law, I'll probably end up with between 5 and 10 of him. Since that's also the number of Dial Tones I want, I won't have a problem outfitting Dusty with the rifle you see below. The figure only comes with a small pistol that is just like the one available with the '98 Viper pack. The rifle that came with the original mold of Dusty is also included with Tomahawk and Dialtone. That rifle, though, also came with the Viper pack and is now only a Cobra arm in my collection. The nice thing, though, is that as '98 Vipers come on the market sans accessories, I'll have a full armory of rifles and packs for any unaccessorized figures I might acquire in the years ahead. Back to Dusty, though. Currently, he is getting use as an elite commando. While figures like Recoil and Salvo make up my basic good guy troops, this guy is going to be a bit more elite. He will be the Joe equivalent of the Crimson Guard. In that capacity, he will work well. Of course, that could change. As this guy is a neophyte in my collection, his capacity should morph over time. Of all the new Joes, though, Dusty is the only one that was put to immediate use. Law and Tomahawk got set up in the Headquarters. My new Fireflies, who will act as Joe S.W.A.T. commandos, are waiting for their first mission. Dialtone went into my security jeeps, though he's waiting for multiples before he sees major use. The rest of the new figures went into the 2000 Joe drawer. It's pretty sparse right now, but should grow to alarming numbers, much like my '98's did, in no time. Dusty immediately made himself valuable by shooting down Trouble Bubbles and Mamba Drones. I like the figure in that capacity. The next time I pull out my Joe infantry corps and have them take on my Cobra masses, you can this guy will certainly be allowed in on the fun.

Normally, this is where I talk about a figure's availability. As this guy has only been on retail shelves for about a month, none of that applies. However, I feel there are some issues about the '00 Joes that need to be addressed. First and foremost are the online Joe fans who feel it is their God given right to do nothing but complain about these figures. Now, I don't feel they should be denied that right, but I get the impression that many of these people are complaining about things like paint wipes, colorizations, marbelized plastic, and rubber hands just for the sake of hearing themselves bitch. Every one of them writes a huge narrative about how terrible these figures are and how they don't live up to the '80's Joes. Of course, they way they know this is that they've gone out and bought multiples of all the two packs. Hypocrisy is not a becoming trait. I've got a simple solution for these people: grow up and face the facts that the '80's and the '90's are over. These are a new generation of Joes being marketed to a new generation of Joe fans. That being said, I've got one more thing to add: if you don't like the 2000 Joes, you are not a Joe fan. Period. Exclamation Point. If you like them, then you are a Joe fan. All of you namby-pamby whiners out there who have nothing better to do than complain about how terrible the new Joes are can leave the hobby. You're not fans. Go find another toy line. I guarantee that after a year of searching, you'll be right back to Joes again. They are the best toy line ever produced. Some of these detractors need to remind themselves of that. The second problem I have with the 2000 is the old time fans who can't seem to handle the influx of new blood to the hobby. Many of the people who helped found the Joe newsgroup are no longer around. Are they offline? Nope. Some have gone off and formed their own little private club that keeps the new found fans from finding them. There they are free to bitch and moan about how the newcomers have ruined the hobby. Again, I've got a real problem with that. Never have I come across a more cliquish group of people than online Joe fans. Rarely do they welcome any new members and many of the old guard are standoffish and retreat whenever a challenge is faced. It's sad, really, that that's the way it is. We should be welcoming the influx of new Joe fans with open arms. Many of the old time collectors have valuable information that could help fledgling neophytes from getting scammed. Rather than try to help, though, they have run off and are hiding. It's a shame. I've always found Joe fans to be more helping and nice than fans of any other toy line. It is a sad state in our hobby when these people feel they have to go off and hide so that they aren't tarnished by the newbies to our hobby. Lastly, I'm going to comment about the state of online Joe news. We really don't need a Sirsteve/Yakface feud like the Star Wars hobby has had. There is one definitive Joe site. That is YoJoe.com. They care about the hobby and represent all that is right with it. Others that hide behind "official banners" and exclusive memberships really need to lighten up and realize that if they spent the same amount of time promoting the hobby as they do promoting themselves, Joe would be that much more popular.

There, I feel better. It has been for reasons like this that I've left many areas of Joe collecting. Those who have found this site, though, know where I am. Frankly, if you've read the above rant and thought, "Gee, he might be talking about me", well, I most likely am. Naturally, I want people to respond to this. If you think I've painted an unfair picture of things, let me know. I fear our hobby is going to turn into something like Star Wars where everyone is either fighting everyone else, accusing them of scalping, or talking about anything else than what matters: the hobby.

I'm not looking for any of the '00's right now, since they are all available retail. In about five years, though, I'm sure there will be people looking for them. Until then, what is your opinion of the new Joes? Keep in mind that I will not lash at anyone via email. The above diatribe is a bit harsh, but I am fully willing to discuss anyone's particular feelings very calmly and rationally. I'm not into flames and the like. If you have valid points, I will acknowledge them and may even change my stance. My email address appears over 100 times on this website, but here it is again. I look forward to hearing from you. 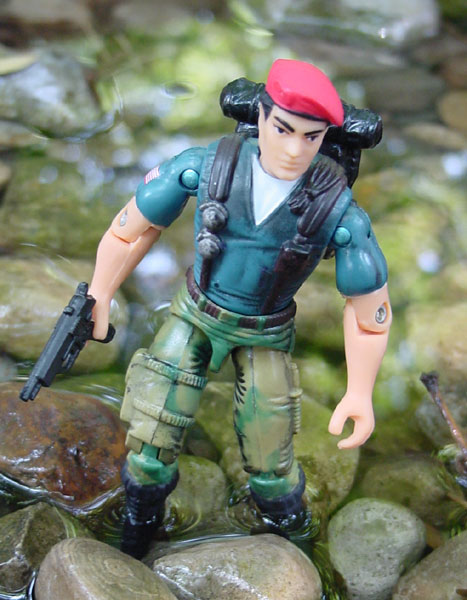 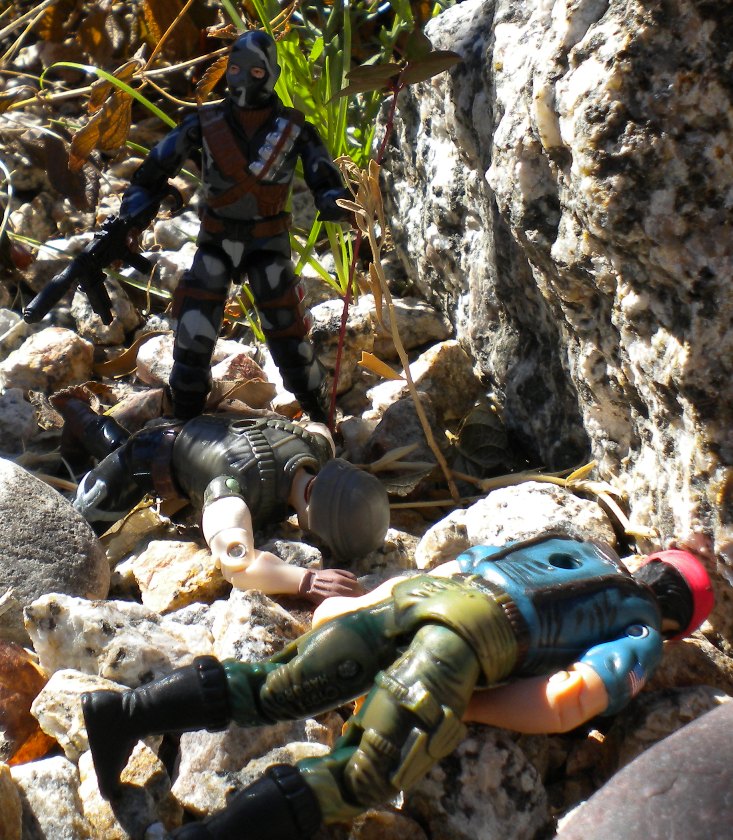 Posted by Robot_Sonic at 5:15 PM
Email ThisBlogThis!Share to TwitterShare to FacebookShare to Pinterest
Labels: 2000, ARAHC, Dusty