The Gyro Viper is one of my all time favorites. Every year, I got one big toy for my birthday in December. In 1987, it was the Cobra Mamba. While this chopper looks very cool, I never had all that much fun playing with it. It was the figure the Mamba came with, though, where I got my money's worth. The Gyro Viper immediately vaulted to the top of my play list. Since, by 1987, most of my friends had outgrown Joe toys, I was one of the few people that had this figure. For that reason, he was mine. I let everyone else fight over the more common figures while I kept the unique ones to myself. For that reason, the Gyro Viper you see here shows his extensive use.

The Gyro Viper is a very nice mold. I love the map, or whatever it is, that's molded onto his leg. His coup de gras, though, is his helmet. 1987 saw several Cobras with removable helmets, and most of them are very cool figures. The Gyro Viper is no exception. The helmet fits tight to his head. (Almost too tight, it would seem, as after the first or second time you remove the helmet, you rub paint off this guy's nose. Finding a Gyro Viper without any paint wear on his face is usually indicative of a Gyro Viper that has almost never worn his helmet.) The long, silver faceplate makes this guy look like a pilot. Frankly, I thought he was wasted on the Mamba. Almost immediately, I started using the Gyro Viper as the pilot for the Sea Ray or Rattler. To me, he looked like a jet pilot, not a chopper pilot. The Mamba promised so much, but delivered so little. The pods were fun to play with, but the lack of any chin gun on the Mamba itself, as well as the lack of landing gear, made the toy feel like a neglected relative of the awesome Joe vehicles that were its contemporaries.

The Gyro Viper was never a common troop builder in my Cobra army. He was the elite pilot who only flew the most dangerous missions. As late 1987 was near the end of my Joe playing days, though, the Gyro Viper never really got the opportunity to be more fully developed. In more recent years, figures like the 91 Bat and Cesspool have become my elite Cobra pilots. All the while, this guy has been hidden down in my parent's basement, out of sight and out of mind. Just recently, I managed to return home and rescue this guy. Now that I've got him, I would love for him to replace the Astro Viper as my upper echelon troop building Cobra pilot. Unfortunately, I've only got one Gyro Viper but 2 AGP's and Firebats which are my standard issue Cobra flying machines. Since the Aero Viper has found use in my Cobra ground forces, perhaps this guy will fly some of the more sophisticated Cobra planes, like the Rattler or Night Raven. The helmet is so cool, though, that he must be in an aircraft where you can see him through the cockpit canopy. Since I think he might be too bulky to fit into the Rattler's small cockpit, this guy may have to wait a bit longer before he finds a permanent aircraft to call his own.

Gyro Vipers aren't too common a find. For some reason, they are a bit tough and you don't often see them in lots. Sure, the Mamba was an expensive vehicle that wasn't available until late in 1987, but the Gyro Viper was available as a mail in for a couple of years. Still, you don't see this guy very often. He is rather forgotten, though, as they don't get expensive when they do appear. In fact, this guy is best known for having his mold reused on a Sky Patrol figure. When that is your biggest claim to fame, you can be sure you are in the presence of an unheralded Joe. What is nice, though, is that, with some patience, you can build up a nice cadre of these guys without spending a whole bunch of money.

I would like another Gyro Viper. I just recently found this one and would like to have a nicer conditioned companion for him. If you can help, drop me a line. 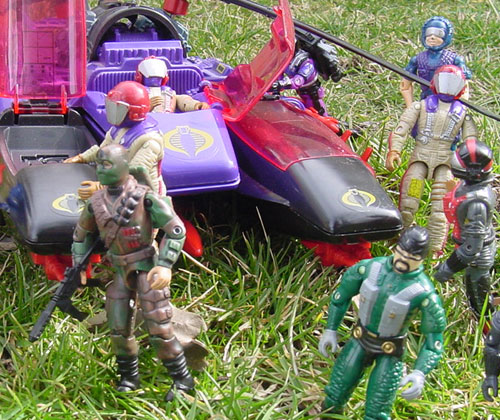 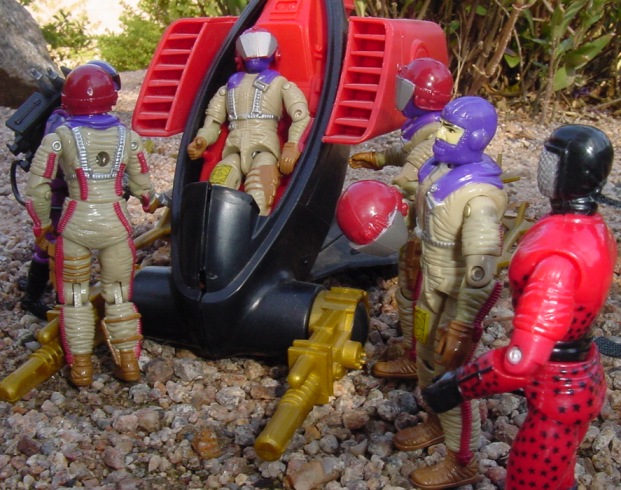 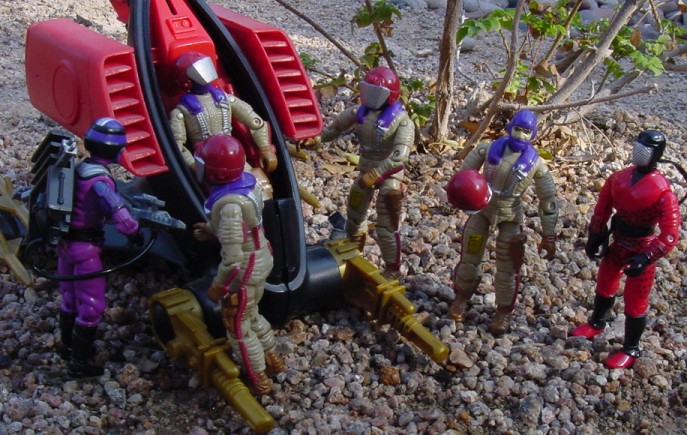 Posted by Robot_Sonic at 2:00 AM
Email ThisBlogThis!Share to TwitterShare to FacebookShare to Pinterest
Labels: 1987, Gyro Viper, Vehicle Drivers