Collectors have longed pined for the Oktober Guard. Ever since they first appeared in the comic in the early 80's, Joe collectors have clamoured for their favorite Russians to appear in plastic form. In 1998, Hasbro threw together a half-hearted attempt at the Oktober Guard. The result was a spectacular pegwarmer full of forgettable figures. In 2005, though, Hasbro released a new version of the original Oktober Guard in the collector favorite comic packs. They finally got it right...kind of.   I have always been a Stormavik fan. When I first read to the Oktober Guard issues of the comic, it was Stormavik who stayed with me. While Colonel Brekhov, Horrorshow and even Daina got the bulk of the story time, I was drawn to the Stormavik character. I'm really not sure why. It might have been his rough exterior or his cool weapons. But, I think it was his general appearance with the Russian t-shirt poking through underneath his collar and his name. Something about the name Stormavik stuck with me. It was a name that conveyed strength, but in a more circumlocutious manner. In looking back at the story, Stormavik didn't even really do anything in his initial appearance. But, he apparently did enough to leave an impression on me.

For me, the Oktober Guard were the type of element that made the original comic so memorable. They were strong characters that you wanted to see return. But, they were not critical to the overall story. Instead, they offered a diversion that allowed the main plotline to rest and catch it's breath. That is an important element of storytelling as it gives the main plotline time to build without drawing it out for too long. In the meantime, readers are left with a great sub-story that can be used to longer term plots. In my opinion, many of today's comics are too linear. They stay focused on one or two plotlines and telegraph upcoming changes. One of the strengths of the original comic was that plots were laid down over time and things didn't feel so rushed. It took the Joes over 4 years before they laid siege to Springfield. Yet, Springfield was introduced in the first year of the comic. That type of groundwork gave the comic its legs and has enabled it to remain relevant even though it is now over 20 years old.

I always liked the Oktober Guard. They had the rough edges on them that I often wished we could have seen in more Joes. As a child, I modeled many of my own characters on traits that I saw in the Oktober Guard. A few of those characters have survived to this day. In fact, the character who I have leading my Joes (In my Joeverse Hawk has long since retired to Silicon Valley success.) was heavily based on traits from Colonel Brekhov. So much so that I was somewhat relieved when the Oktober Guard died in the comics. That allowed me to avoid the inevitable time when my character and Col. Brekhov would meet. As a figure, though, Stormavik somewhat fails. It was great to see Hasbro attempt to create original Oktober Guard figures. In the case of Horrorshow, they made a figure who, with one slight design modification, would have been one of the all time greats. The rest of the figures, though, suffer from overused bodies that steal much of the identity away from the Oktober Guard. Stormavik is especially problematic as he shares a body with Col. Brekhov. Having two characters so closely tied in terms of background that look so much alike is not something I can easily gloss over. As such, I have found that Col. Brekhov has been pushed to the bottom of my collection while I use Stormavik. Still, though, this body is simply overused. It has been a part of every Russian figure ever offered by Hasbro and now seems cliched. Unfortunately, that is where the Oktober Guard figures in general and Stormavik in particular fail. They simply aren't unique enough for them to stand out among the 1000+ figures in the Joe line. That is truly a shame as they are characters that deserve more.

The figure does succeed, though, in the new head sculpt. This feature captures some of the gritty Russian background that I would have expected for this character. It is not perfect by any means, but is a strong representation of Stormavik and is enough to make the figure usable. The same can be said for his accessories. While the rifle that was included with the figure is cool, it was also designed for the new sculpt figures. As such, it still looks out of place to me when it is used with ARAH-style figures. Plus, Stormavik used such a unique weapon in the comic that it was a shame to see him packaged with a rifle that has appeared with nearly a dozen figures and was included with nearly all his contemporaries. The 1991 General Hawk gun that I have pictured with the figure below is closer to his weapon in the comic and, to me, better fits the character.

Stormaviks will not be hard to find. While comic packs 6, 7 and 8 seemed to have had a shorter production run than many of the others, they were still produced in ample amounts to sate collector demand. As such, I don't foresee any future availability problems with this figure. He will likely remain in the $5-$6 range and not see much movement. Nearly every collector who was waiting for the Oktober Guard took advantage of their brief window of availability and acquired a set. And, as they are all characters, there was not the hoarding that you would have seen with a short run army builder. So, that should keep this figure relatively available for some time. I think that is a good thing. It was high time Hasbro released a decent Oktober Guard set. While I don't think I could say that they nailed the designs spot on, they did do a good enough job to make these figures worth having if you are even a marginal Oktober Guard fan. With the lack of inspiration we've seen in ARAH-style Joes since 2001, I guess that's about as good as we could have expected. 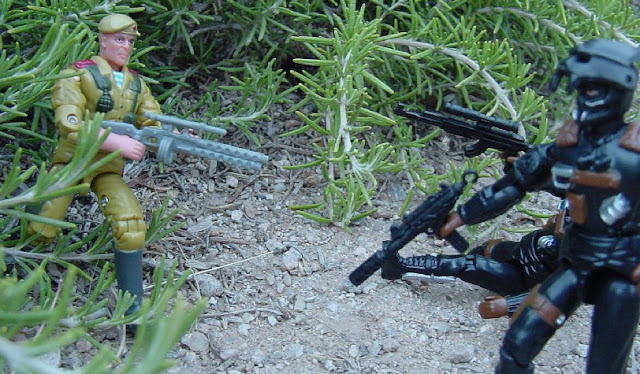 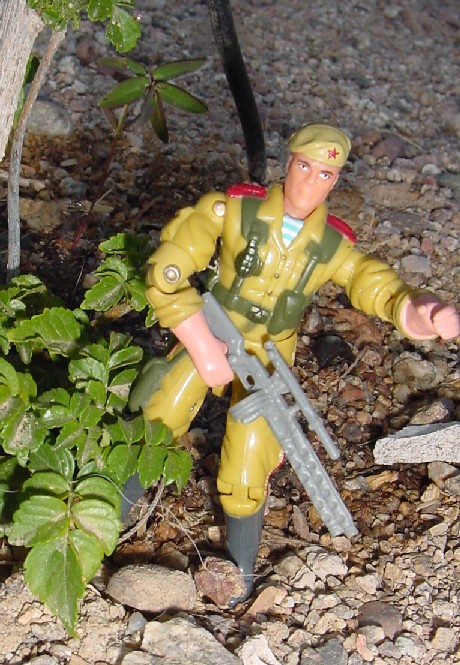