When collectors talk about the figures they are missing from their collections, they often mention many of the same things: Starduster, a gold headed Steel Brigade, Create-A-Cobra, etc. Mostly, these are rare, one off items that were short lived mail aways or figures who were exclusively included with large, expensive vehicles. The one exception to this, though, is the entire subset of Night Force figures. While there are many collectors who do own a complete set and the acquisition of the entire 12 figure series is not terribly difficult to accomplish, there are many other collectors who either have very few Night Force figures or none at all. The reasons are many and are usually valid. Many collectors are simply waiting for their Night Force figure of choice to become available for a price with which they are comfortable. In the meantime, they are missing many well done figures (even if they are only repaints). Perhaps the best of them all, though, is the Night Force Shockwave.

Shockwave is a rare post-'87 character who has caught on with the collecting community. His top notch mold, realistic colors, unique specialty and great accessories make him one of the few figures released after 1987 who most collectors want to have in their collection. His police blue uniform perfectly meshed with his specialty. His uniform was also the perfect melding of military and civilian police. His blue accessories were a bit suspect, but forgivable. The Night Force version simply takes everything great about the original figure and gives it a little more flexibility in terms of use. It is an example of a repaint done right. The Night Force figure is not, necessarily, better than the original, but it is does lend itself to uses that the original figure does not. It is a supplement to the original figure and expands the situations in which the Shockwave character can be used. This is how repaints should be approached: making a character more useful rather than creating multiple versions of a mold that all simply replace each other.

In 1988, I was at the end of my Joe collecting days. I purchased a few, select figures, but not many. My younger brothers, though, were still full bore into Joes and picked up nearly the entire 1988 line. This allowed me a chance to use Shockwave and grow to like the figure. I thought the mold was good. His increased bulk was easily explained away by the massive armour he would have to wear. His accessories were different and his wicked knife suggested a side to Shockwave that you didn't see in most other Joes. As such, when I returned to collecting, I sought out a few Shockwave figures. I picked up many blue ones, but now regret passing on all those extra complete NF Shockwaves that you used to see on Ebay simply because the princely sum of $15 was just WAY too much to spend on one Joe figure. But, I suppose that had I done that back then, I would have had to pass several other figures that are in my collection by. Perhaps the one I would have missed would have been the one that got me to start this site in the first place. So, I guess the regrets aren't too great.

The Shockwave mold had a brief history. He was released in the U.S. in '88 and '89. After that, he does not appear again until 1993 when his legs were used on the 1993 Beach Head figure. (It is not clear if the 1993 mail away versions were simply overstock or a new production run.) This is noteworthy since the '93 Beachhead was then sent to Brazil: taking Shockwave's legs with him. In 2002, though, Hasbro had to hastily put together Wave 1.5 to fill the time gap while they retrofitted the Wave 2 figures with O-rings. This wave was meant to include not only the 1986 Hawk mold, but the V1 Shockwave mold as well. Since the wave was rushed, though, those molds could not be located. The result was the less than stellar use of the Tomahawk and Shockwave V2 molds. At this point, Shockwave could be anywhere. However, he is most certainly one of the few Joe affiliated figures that collectors would almost universally welcome back. I would like to see him in a comic pack with that issue of Special Missions where he encounters the man with the rictus. I think that would be a perfect way to bring this mold back to collectors and give the character the little due that canonical Joe media gave him.

In my collection, Shockwave has always been a nameless, faceless law enforcement army builder. My collection is stocked with dozens of versions of Law and Dial Tone who fill law enforcement roles. Shockwave was just an addition to them. He was the specialized SWAT trooper who kicked the door down. (Much as the character was intended.) He was not, though, a named individual. He had a cool mold and I wanted to be able to use more than one of him at a time. This version, though, will probably become Shockwave. Frankly, the current burst of retail army builders has left me wanting for more characters. As such, I'm looking to bring many characters that I had simply abandoned back into my collection. I'm tired of every figure needing to be an army builder for collectors to get excited about it. The good thing, though, is that the current army building emphasis has brought me to appreciate many older, forgotten characters like Shockwave again.

Night Force was released as a two part Toys R Us exclusive figure run. Sold in 2 packs, the figures were simply repaints of molds that were released the prior year. The first year, 1988, included repaints of Tunnel Rat, Falcon, Pysche Out, Outback, Crazy Legs and Sneek Peek. All six of the molds had been first released in 1987 and Hasbro used the Night Force paint scheme as a way to put the characters back into circulation. In 1989, they repainted Shockwave, Lightfoot, Spearhead, Charbroil, Muskrat and Repeater in the same fashion. The similar paint schemes spanning 2 years spoke to the success of the TRU exclusives. However, by their nature of being exclusives who were timed for release at the holidays, the window of availability for these figures was short. So short that many collectors did not know about these figures at all until well after their childhood. As such, we are left with one of the rarer subsets in the entire line. (The '89's are a bit harder to find than the '88's.)

Shockwave was probably produced in greater numbers than any of the other '89 Night Force figures except for Repeater. The reason is that he was available as a mail in with the Night Force Repeater some time around 1993. Many of these mail away sets were unsold, though, and were later sold/given to various dealers who then slowly sifted the overstock into the Joe collecting community. However, this has done little to abate the price of Night Force Shockwaves. Mint, complete with his filecard, this figure can go as high as $70. Though, if you are willing to sacrifice completeness, you can get him substantially cheaper since the mail away did not include his accessories. The Night Force Shockwave is one of the more expensive American Joes. He has the perfect combination of being highly desirable and rather hard to find. That isn't to say that you can't still find deals. Many dealers who don't specialize in Joe will still offer Night Force figures for cheaper prices. You just have to find them. Personally, I find this figure to be a great addition to a collection, but not so much better than the original version as to justify his price tag. If I can get a deal on one, I'd pick him up. But, I'd be hesitant to spend large sums on one. 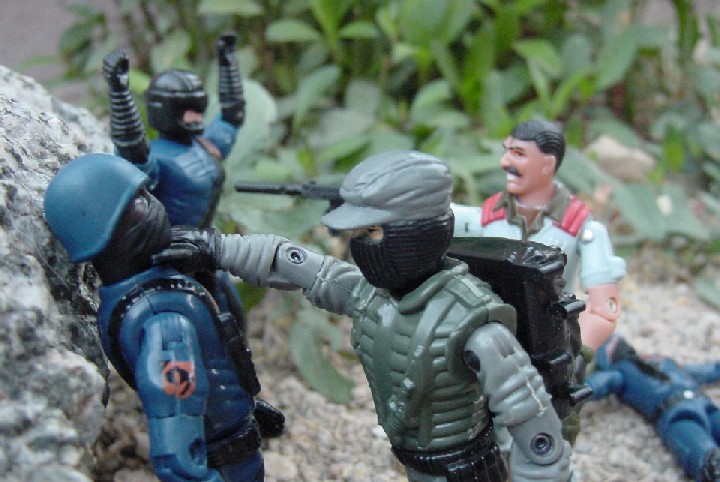 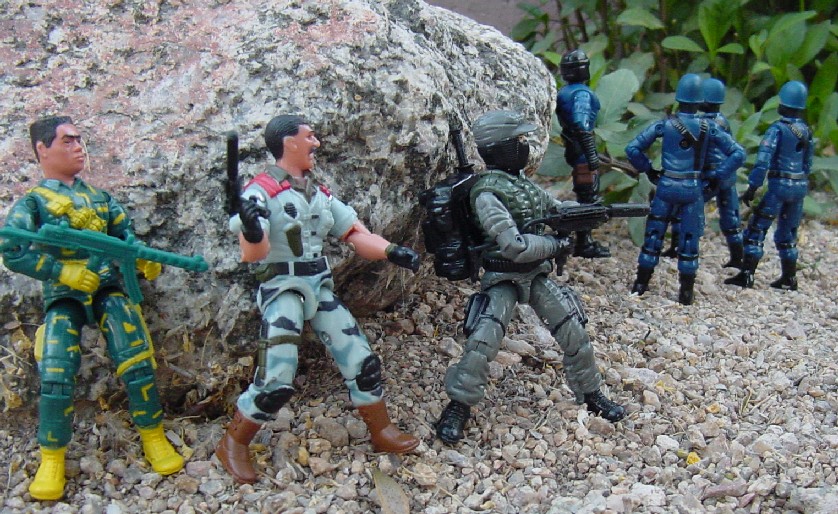 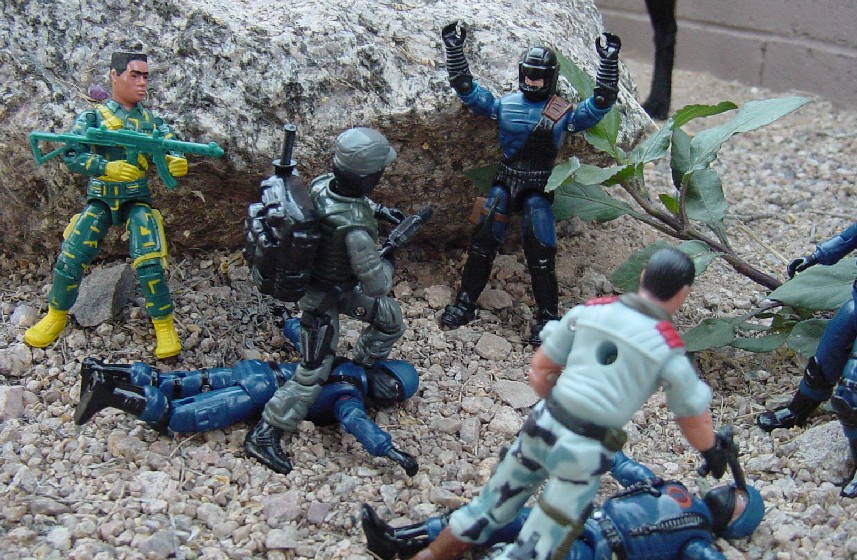