In general, the G.I. Joe comic packs weren't great.  The featured a lot of repetitive colors and molds and only, occasionally, produced something visually distinct.  As the series wound down, though, Hasbro finally seemed to get a better idea of what the comic packs could have been.  Many of the final packs in the series featured some solid figures in colors that were more distinct from the earlier releases.  Of course, by the time this happened, it was mostly too late to save the concept.  But, figures like Lt. Gorky show that Hasbro still had great opportunities to create high quality figures even at the end of the line.

Gorky uses the entire body of the 1994 Action Soldier/Action Marine/Joseph Colton figure. He has a unique head that was sculpted exclusively for this release. This body, being a late addition to the vintage line, has its limitations as it is a bit bulky. But, it works for this figure. Adding the grey base color, the Russian blue and white undershirt and the holster accessory makes all the difference for this figure.  Instead of a rehash of something before, it breathes new life into the mold and creates something that stands out in any collection.  The large torso also gives the figure some heft and makes him look like a ridiculously strong individual.  This helps define the character for me.

The figure features a molded chest holster.  It is a neat accessory, but has the pistol as part of the mold.  Instead of going with something like Chuckles' working holster with removable pistol, Hasbro just molded the whole thing.  The visual effect is decent.  But, the reality is that there was no reason why a 2006 molded accessory should not have had the removable pistol.  It's a small point, but something that seems a little antiquated for a Joe of this vintage.  Beyond that, the figure includes an array of nondescript weapons as were common to the comic packs of the time.  The holster does break up the look of the figure and is a nice touch.  But, the rest of the weapons are not very special.

In my collection, Gorky has found himself a niche. The look of the figure got me to recognize it and from there I was able to create a character that was useful and missing. I see Gorky as a young officer who is somewhat ambitious. His focus is security and law enforcement. He spends his time chasing down some of the most dangerous criminals in my Joe world. Among these scofflaws are the characters represented by the Funskool Red Dog and the Funskool Mercer. These two individuals are known for their ability to escape capture...often by killing their captors through brute force and fighting knowledge. The Mercer character, in particular, is known as one of the most ruthless hand to hand combat fighters in the world. Here, though, Gorky is his match. I see Gorky as someone who spent his youth learning various fighting styles. But, he also possessed the world class athleticism that allowed him to utilize these skills at the highest levels.

Now, Gorky is obsessed with tracking down the Mercer character. He has already defeated him in hand to hand combat once...only to have the Red Dog character successfully free him a few hours later as Gorky was filling out his paperwork.

So, this character is one who slowly becomes obsessed with tracking down this criminals.  At some point, he will either complete his goal or perish in its pursuit.  At this point, though, I like the character enough that he may actually get his two main quarry.  (I've had them running amok for over a decade now.  So, it might be time for their reign of terror to end.)  We'll see where he ultimately ends up.  But, the decent mold, striking color and blank slate of a character gives me a lot of leeway in how to use the figure.

Lt. Gorky figures are not hard to find. The last wave of comic packs were widely available and most languished on the shelves of Toys R Us stores for more than a year. These days, the entire pack can still be purchased MOC for under the $12 original retail price. By himself, Gorky will be lucky to get $4 or $5. At that price, the figure is simply a must buy. Gorky is different enough that his appearance alone warrants his inclusion in any collection. He is useful for custom fodder, too. All told, this is a figure who's distinct look has made him more relevant than his character ever could. 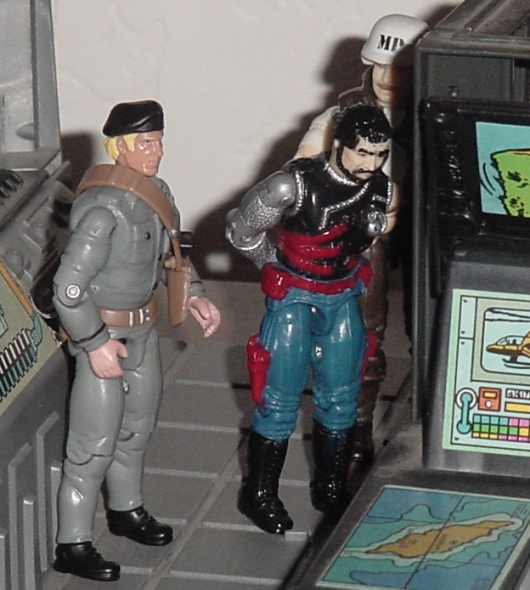 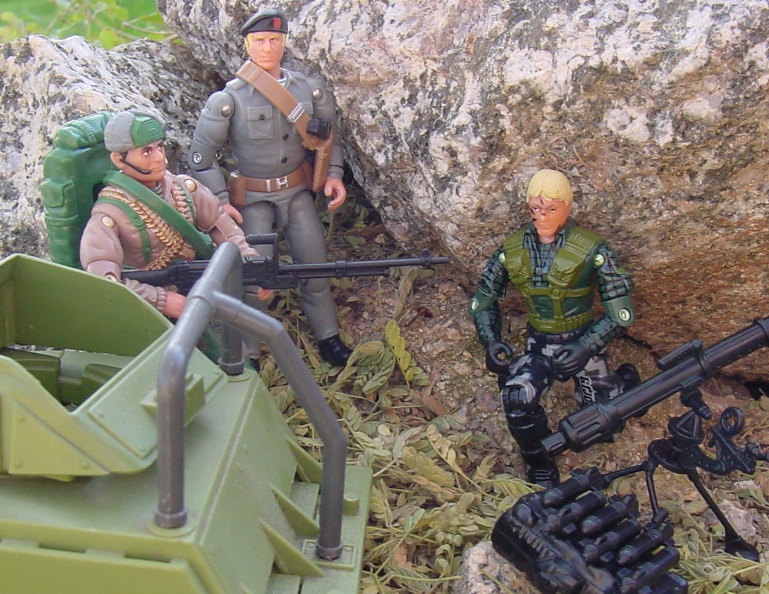 Posted by Robot_Sonic at 7:13 AM
Email ThisBlogThis!Share to TwitterShare to FacebookShare to Pinterest
Labels: 2006, Comic Pack, Lt. Gorky, Oktober Guard