1997 was a great year and a terrible year for Joes. It was great because Joe returned to retail shelves. Sure, it was only 3 years after the last product was produced and you could still find vintage Joes on the shelves of many out of the way retailers or independent toy stores. But, the fact that Hasbro was producing new Joes at the same time as this new fangled notion of the Internet was just starting to explode made for exciting times. It was a terrible year, though, because the figures weren't that strong. Changes in plastics lead to a different look and feel for the figures. On top of that, most of the classic molds that were meant to be a part of the line wouldn't be found and we were, largely, left with less popular replacements. To make matters worse, on many of the figures whose molds they did have, Hasbro chose less than flattering paint colors for the characters. The result is a year full of could have beens and should not have beens. (Don't get me wrong, though, there was a smattering of good and even a few great figures.) This is best showcased by the General Hawk figure that was included with the A-10 Thunderbolt.

Of the vehicles released in 1997, the Thunderbolt was the highlight. It was the highly popular Rattler mold only in drab green and made for the Joes. Really, it is the perfect way to repaint an iconic vehicle and have it switch sides. The Thunderbolt was also made more desirable by the inclusion of 2 figures: Ace and Hawk. Of course, this made the toy a whopping $25 at retail and it was the most expensive Joe toy produced that year. And, this made it the plane largely a pegwarmer.  It was readily available well through 1998 and even into 1999 in many markets.  Collectors have caught on to the Thunderbolt's quality in recent years.  But, at the time, the vehicle simply didn't click with collectors since vintage toys were still so readily available and cheap on the secondary market.

This mold is the definitive version of Hawk.  It showcases him in a way that honors his new found status as a general but also holds true to the fact that he's a combat troop at heart.  The 1997 version, though, isn't as combat ready as the 1986.  This is a much darker figure with the grey pants and slightly darker coat.  But, beyond that, it is still very similar to the original paint scheme.  Rather than take a chance and repaint the mold as something greatly different than the original, Hasbro played it safe and kept Hawk's appearance rather tame.  The result is a figure that is somewhat non-descript.  The dark brown and grey do work well together.  But, they lack any pizazz that would make this figure a must have.  At least the mold features solid paint details that showcase the sculpting.  The details have unique paint applications.  But, they are also muted like the figure in general.  The figure does have the burnt pink skin that was introduced in 1997.  That can be a bit off-putting.  But, the overall paint details are what we would now call convention quality.  Hasbro didn't skimp on the paint applications and this figure is closer to his vintage brethren in terms of paint than he is the figures who would follow him.

For me, this Hawk is nothing more than an outfit change for the Hawk character.  The 1986 figure is the definitive Hawk.  But, I do tire of using the same figures molds over and over again in photos.  This Hawk provides a nice diversion since he's recognizable as the Hawk character, not overly outlandish, and still true to the military roots of the character.  So, as a dio filler, this figure works nicely.  But, that's about the extent of his value.  My collection is no better nor worse for having this figure.  He is not essential by any means.  In sum, that defines many 1997 figures.  They are something different.  But, largely, they are not different or risky enough to be vital parts of a collection.

Hawk included a black version of his original pack and a green remake of the original 1982 helmet.  The helmet doesn't really work for the figure.  But, the brown version of Hawk's 1986 helmet from the 1987 accessory pack actually fits with the figure's overall color tone.  So, adding this keeps some of the elements of the vintage Hawk without being completely similar.  Hawk lacks any weapons.  But, original Hawk pistols are rather easy to acquire so outfitting him with a spare completes the figure.

The Hawk mold was a bit of a world traveler.  After it's use in the US, the figure was released in both Brazil and India in colors nearly identical to the V1 American figure.  Hasbro got the figure for the 1997 release.  From there, though, it gets somewhat interesting.  In 2002, Hasbro had to quickly throw together Wave 1.5.  It was a hasty hodge podge wave of ARAH mold figures that were designed to quiet collector backlash while Hasbro retrofitted their new JvC line with O-Rings.  The wave is mostly remembered for the Viper, Alley Viper and their accompanying Big Ben and Mirage figures.  However, also included in the Wave were a General Tomahawk and Sure Fire figures.  These two figures are largely forgettable these days.  However, in 2002, Hasbro planned for the Tomahawk figure to use the V1 Hawk mold.  (Sure Fire was planned to use the V1 Shockwave mold.)  However, Hasbro lost the V1 Hawk and Shockwave molds and had to go with the newer, less collector approved figures they released.  Hasbro did manage to find at least Hawk's chest and released it in a comic pack in 2005.  Despite all the mold's potential, it has not appeared since and is likely done for at this point.

The 1997 Hawk if probably one of the harder 1997 figures to find. While the Alley Viper and Viper are substantially more popular, the reality is that the A-10 was the largest and least produced item from the year and Hawk and Ace are the scarcest figures. A few years ago, a mint and complete version of this Hawk was going to cost you around $17. Now, though, the demand for these '97 figures has largely been sated and, when you can find him, you can get a Hawk for under $7 or so. But, that's only slightly less than you'll pay for a 1986 version of the figure. As such, I'd spend the extra dollar or two and get the superior '86 figure every time. As a placeholder, this Hawk is fine. But, beyond that, it isn't a great figure, or even a good figure. It's different than the '86, but that's about the extent of what you can say. So, if you're looking for figures to skip, this Hawk can probably be on your list. 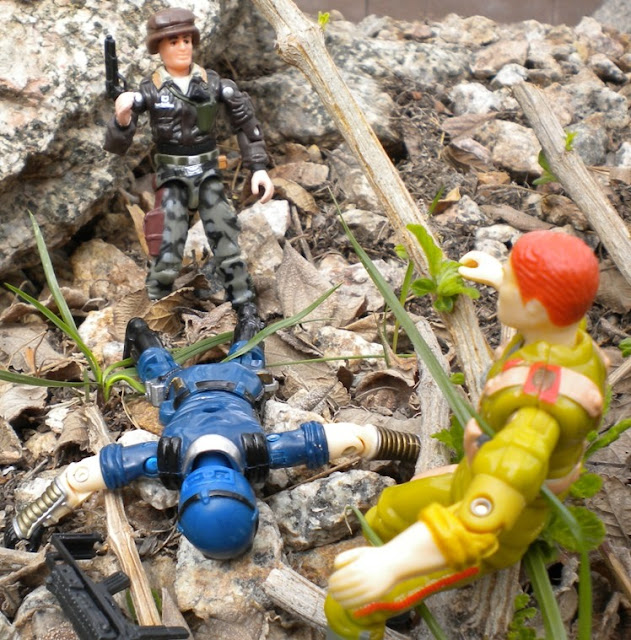 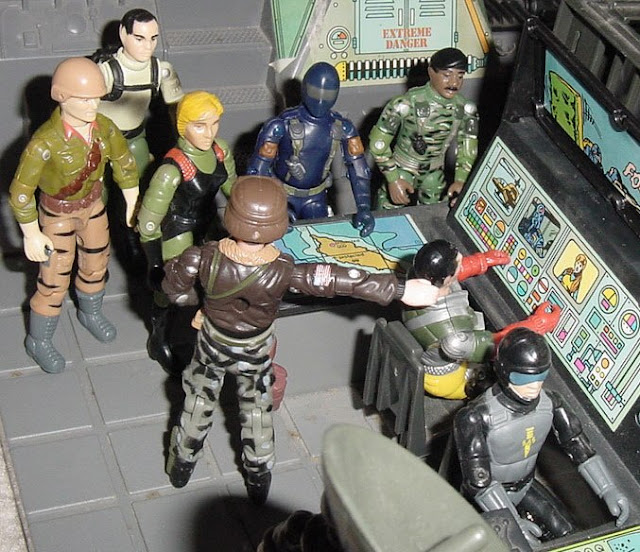