There are many examples of foreign Joe figures out there in the market.  Some are rare and pricey.  Some are rare and cheap.  Some are easy to find and stupidly expensive.  And, some are easy to find and really cheap.  It's the full gamut.  While I appreciate all of the foreign exclusive G.I. Joe repaints, I have found that it is the Plastirama series of figures from Argentina that hold the most interest to me as a subset.  This is mostly due to the number of swivel arm figures produced that is small enough to track down without too much hassle, but also large enough that you don't complete the series in a couple of weeks.  The series features some great, original figures and characters as well as a full complement of slightly repainted American characters.  Since most of the molds used fall within my sweet spot of 1983 - 1985, I find the whole set provides a great deal of collecting satisfaction.

Footloose was one of the first two newly released figures I acquired back in the February of 1985.  The figure's strong mold, great colors and amazing accessories really worked for me and made the figure one of my favorites.  But, I had upgraded my American Footloose as one of the first priorities when I returned to collecting in the late 1990's.  Having a chance to get a new take on the figure was something I hoped would happen during the early days of the Joe relaunch.  When that did not occur, I found that Footloose had two South American releases in Brazil and Argentina.  On top of that, the Plastirama figure from Argentina, named Coyote, was actually readily available for about the same cost as a mint, complete American Footloose.  With that, I had a new version of Footloose in my collection.

As a figure, Coyote is well done.  He follows the basic tenants of the Footloose figure, but uses slightly darker hues for the greens on his uniform.  He has a few accouterments painted differently than the American figure.  But, on quick glance, is basically the same figure.  Side by side, though, the differences come out.  The red insignia on Footloose's left arm is gone, but the greens and browns are shades lower than the American version.  The darker colors give the figure some greater depth than the American release.  The figure appears more combat ready.  It is a good look for the character and helps give me greater opportunities to use the mold.  Overall, the paint applications on this figure are well done.  Many Plastirama figures can have sloppy paint.  But, Coyote's don't appear to have this problem to the extent of other figures.  It all helps to shape a high quality release that is worthy of carrying the legacy of a classic 1985 mold.

Coyote includes the full complement of Footloose accessories.  His pack is substantially darker than the American version.  The M-16 and rocket launcher, though, are pretty much the same as the American accessories.  (There are slight variations to color and texture of the two due to the different plastic make up.  But, they are black.)  He also includes the unique helmet.  The foliage on the top of the helmet, though, isn't painted in the same detail as the American figure.  It still has the paint application to keep the two toned look.  But, it isn't as sharp as that of the American figure.

One of the things I most enjoy about foreign Joe collecting is getting new versions of childhood favorites.  Figures like Coyote, Risco and Muralha give a chance to relive the joy of getting Flint, Footloose and Alpine for the first time.  The foreign versions offer something slightly different without being so different that they lose their nostalgic appeal.  That allows me to use a figure like Coyote as Footloose.  It's just a different take on the character that keeps him from getting stale from using his one version all the time.  That is the value I find in figures like this and is the reason why foreign Joe collecting has been such an important part of my Joe collecting world.

Footloose saw substantial release around the world.  He was used in the U.S. for Footloose with his head being adopted for Claymore and Rumbler.  From there, the mold was sent to South America where it was released in both Argentina and Brazil.  The mold seems to have died in South America, though, as it never appeared again.  Both the Plastirama and Estrela figures, though, are similar to the American figure.  So, Footloose is definitely a mold with untapped potential.  Seeing the figure in a more desert theme or as a member of Night Force would have been an excellent addition to the Footloose pantheon.  But, neither the mold nor the character resurfaced during the repaint era.  So, collectors are left with another example of a mold with untapped potential.

Coyotes are moderately difficult to find. A large number of them were brought to the United States when the large overstock of Plastirama figures was found around 2000. But, the quantities were much smaller than those of the wave that included Satan and Ninja-Ku. So, Coyote tended to disappear rather quickly. Today, you see a few of them up for sale every year, usually carded. The prices fluctuate greatly, though, with some carded figures selling for over $50 and others resting in the $25 range. Even at these prices, the figure has merit. The different colors are more pleasing than those of the American figure and add some nice diversity to a collection. He's hard enough to find that not everyone has him, so he definitely adds some diversity to an American collection.  I have found the figure well worth owning and he is a way to appreciate Footloose all over again. 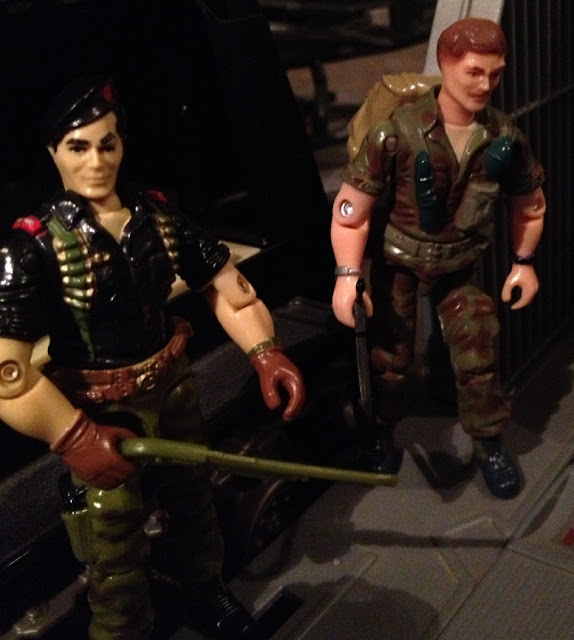 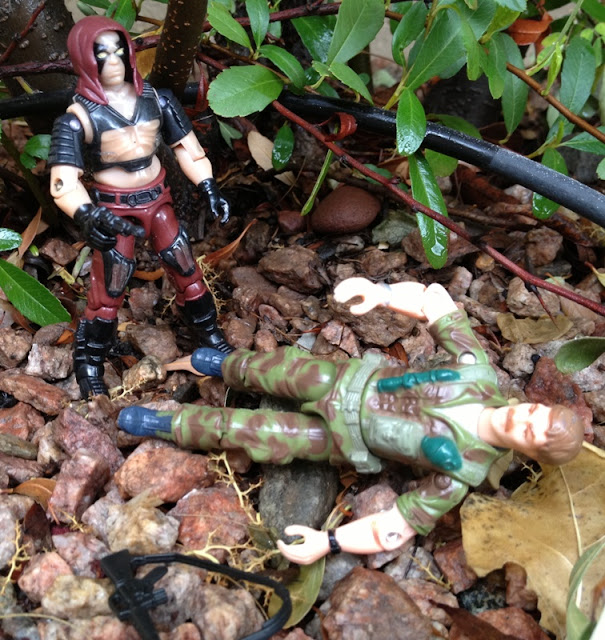 Posted by Robot_Sonic at 7:18 AM
Email ThisBlogThis!Share to TwitterShare to FacebookShare to Pinterest
Labels: Argentina, Coyote, Footloose, Foreign Figures, Plastirama