I've reviewed the Dial Tone character and mold many, many times.  But, never have I taken the time to profile the original mold that started it all.  Despite the fantastic first impression of the character's original incarnation, I have always focused on later, different repaints. Lost with those are the classic accessories that make Dial Tone so unique. When combined with the figure's unique coloring, those accessories create a figure that was a huge part of my childhood and continues to be a vital part of my adult collection.

In late 1984, Hasbro released the Dreadnoks.  The cardbacks of those figure gave kids a preview of the upcoming 1985 figure lineup.  In late 1985, though, there were no special preview type figures for 1986.  If you followed comic books, you knew that Marvel Age #34 did feature a preview of the 1986 Joe lineup.  But, I didn't find that until later.  As such, my first encounter with 1986 Joe figures was on the playground at school.  One of my younger brother's friends had found a good number of new figures at a local Target store in late February of '86.  He brought them to school to show off.  I was amazed at the variety of figures and couldn't wait to get my hands on them.  I convinced my mother to take us to the Target store a few days later.  I walked quickly to the toy aisle only to find the new Joes were all sold out.  Crestfallen, I continued shopping with my mother and brothers.  As we followed my mother through the store, my younger brother found a carded Dial Tone figure randomly sitting in some other department.  Since he found it, he got to buy it.  I was shut out and insanely jealous that I had been beaten by my brother.

This created a sense of urgency within me for my Joe collecting in 1986.  Within just a couple of months, I had amassed most of the figures released that year, including the mail away Sgt. Slaughter figure.  (I even called the 1-900 number to get the secret code of 1986 to save me one mail away ticket.)  But, the total number of figures, many of whom were excellent in their own right, could not compensate for missing out on that Dial Tone figure.  No matter how many brand new figures I managed to acquire, I felt I was behind my brother since he had the one figure I really wanted. Granted, the fact that the figure was my brother's didn't prevent me from playing with it. Far from it. In fact, Dial Tone got more use than many of the 1986 figures in our collection. In short time, the figure was worn, his pack was broken and we needed a new version.

At some point in 1986, I upgraded and finally bought my own Dial Tone figure. I simply had to have one. As soon as he was mine, I took great care of his accessories and the figure. He quickly became a stalwart of many of my missions. He was the team's communications officer, but also a more than capable commando. Dial Tone filled both a need with his specialty, but was cool enough that he could double as a fully functional combat Joe. So, he remained important to my collection for a long time since Hasbro did not release another communications trooper during my childhood.

The Dial Tone mold is well done. He features a multitude of sculpted electronic gadgets that showcase his technological bent. The bandoleer over the aqua vest gives him a "soldier of the future" look without going too far overboard. Dial Tone's head is well detailed with the beret and mustache. His body could stand to have more color on the various gadgets in his vest. But, that's a small complaint. His accessories are top notch. Dial Tone's gun was a staple of my early collection for use with many figure, including the Cobra Viper. Hasbro releasing the weapon dozens of times in black was a great help in augmenting my Cobra armies. Dial Tone's pack is bizarre and excellent. It has a great deal of design work that looks like it could be high tech communications equipment...or it could be gibberish. Unlike Mainframe's somewhat realistic gear, Dial Tone's pack is somewhat sci-fi. But, the movable mouthpiece is a great detail that really adds playability to the figure. (It also adds a common point of breakage, but that's another matter.)

Dial Tone remains a figure who is important to my collection. His solid colors and excellent accessories have kept him as a major player for a long time. It is the role of Dial Tone, though, that has changed. While he started out as a named character in charge of communications, Dial Tone morphed into a nameless, faceless good guy army builder. Dial Tone figures became the backbone my military security force. Through the years, the various repaints and some custom figures utilizing Dial Tone parts have created a police force that is available to augment the Joes against Cobra, capture other, dangerous criminals or just be around to keep wayward Joes in line. It is in this capacity that Dial Tone has remained most relevant to my collection and is the sole reason why I have many multiples of the figure. Today, though, I find more use in Dial Tone's intended specialty. As a communications trooper, he works well in the Joe HQ or as a crew member of a vehicle. As a display piece, the figure has the versatility that I look for in any figure. So, that keeps him useful to me.

The Dial Tone mold was used to death. Hasbro used it for the original figure and Mission to Brazil figure in 1986. The mold then appeared in the Sonic Fighters line in 1990. In 1994, Hasbro produced Dial Tone figures for China. In 1998, Dial Tone was planned for the TRU exclusive Desert HQ set. A few versions of those figures were made and the Chocolate Chip Dial Tone figure remains one of the rarest in the history of the line. In 2000, Hasbro used Dial Tone in Wave I of the A Real American Hero Collection. The mold appeared in full in 2002's BJ's Gift Set and the 2003 Tiger Force set. Between 2001 and 2006, many other figures used Dial Tone parts. As such, collectors were sick of the mold and there is no reason for it to return again...even if it were for an arctic or more available desert version of the character.

Dial Tone figures are not expensive.  However, the figure is very susceptible to paint wear on the beret, arm patch, belt buckle and hands.  On top of that, the tan plastic tends to discolor easily.  So, it can take some doing to find a truly mint Dial Tone figure.  When you do, though, they are cheap.  Usually, you can get one for under $8.  For a figure of this quality, that's a steal.  While my days of army building Dial Tone figures are over, I still have more than a couple in my collection.  It is just a figure that I feel I need multiples of in order to make my collection complete. 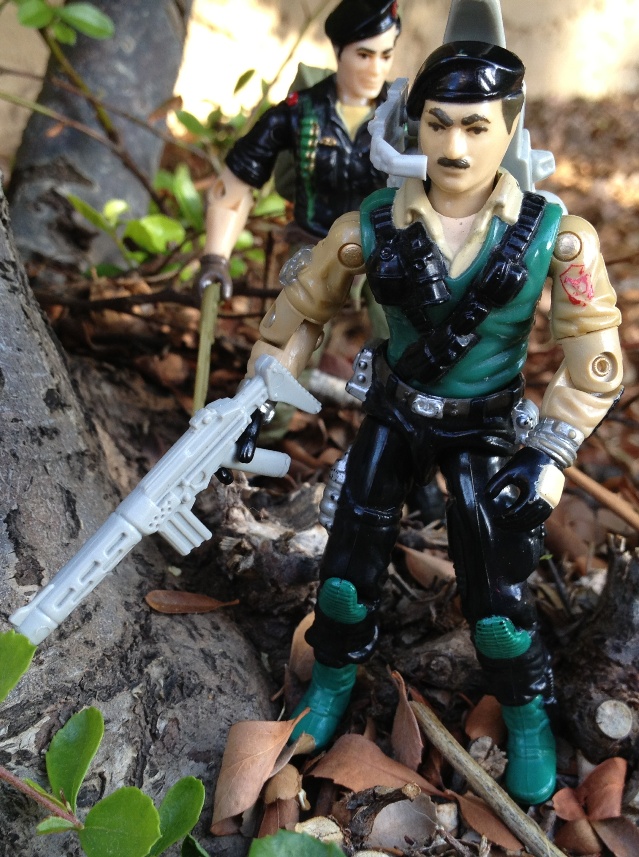 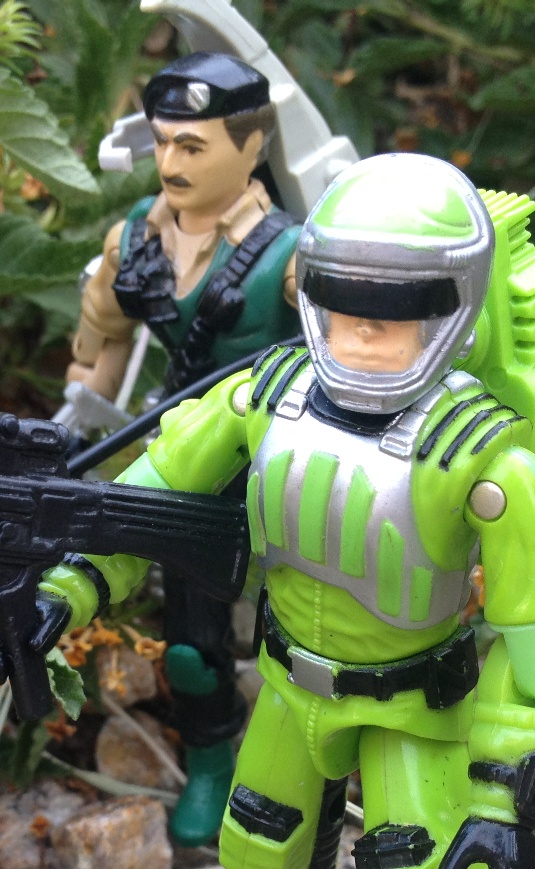 Posted by Robot_Sonic at 10:44 AM
Email ThisBlogThis!Share to TwitterShare to FacebookShare to Pinterest
Labels: 1986, Dial Tone, Dialtone