I'll admit to the fact that I'm not much of a Quick Kick fan. As far as figures from 1985 go, he is probably my least favorite and is a figure for whom I've never had any significant role in my collection. But, even with all that, the figure is still remarkably well done and stands proudly next to the other, high quality releases from his year.

I never really used the Quick Kick figure all that much when I was a kid. My main memory of him occurs in late 1986, shortly after I acquired my Tomahawk. A friend of mine was over and we decided to have the Joes be in Vietnam. We needed a Viet Cong soldier so we took Quick Kick, gave him the V1 Snow Serpent's AK-47 and made Quick Kick the enemy. For many afterward, this was the role Quick Kick filled. He would be an affiliate of the Dreadnoks, an anarchist student or some other domestic terrorist who would plague the Joes. I just couldn't bring him into the Joe team. His bare feet and chest were just too much to overcome when trying to use him on a mission in the field.

I did, though, enjoy some of Quick Kick's adventures in the comic. His work in Borovia as well as in the issue of Special Missions with Stalker were great uses of the character. After reading these as a kid, I wanted a Quick Kick figure that was up to the character portrayed in the comic. I tried various body combinations with Quick Kick's head, but simply couldn't get anything to look right. So, the character faded away into obscurity and was never really part of my childhood Joeverse.

As a mold, Quick Kick isn't terrible, though. Bare chest aside, the figure features the nicely detailed sash with throwing star pockets. His feet actually have toes and the general sculpt is muscled and detailed. His accessories are strong, but were clearly inferior to Stormshadow's from the prior year. The sword was bulkier than the line had previously seen and the nunchuks were a bit bigger than those from the Cobra ninja. His pack is small, but can hold the sword with ease. It seems Hasbro learned from the brittle Stormshadow accessories and improved Quick Kick's with increased girth and quality.

The Quick Kick was a world traveler. After his initial release in the US, the mold was shipped on to Argentina and released on a standard, single card. From there, it made its way to Brazil. Again, Quick Kick was released as a carded figure. Both of these releases are very similar to the American figure. The Brazilian release, though, is more familiar to American collectors as Hasbro imported large quantities of bagged Estrela produced Quick Kicks and used them to fulfill mail orders in the US in the early '90's. As such, it is very easy to acquire a loose Brazilian Quick Kick. After this, the mold appeared again in India where it was released by Funskool. Once again, the figure is nearly identical to the American release of the mold, though. So, while the discerning collector does have 4 unique versions of Quick Kick to track down, they are all, essentially, the same look and color combo. After the mold's appearance in India, the trail runs cold. It is likely that Hasbro has the mold back under it's control. But, there isn't a lot that could be done with the mold overall. So, it's failure to appear in form should not be construed as proof that it no longer exists. Personally, I could go for another Quick Kick figure. Maybe something that was less Bruce Lee and more subdued. Even a figure with a different torso would make a world of difference and would be something I'd enjoy having available.

Quick Kicks are not expensive. Even though he is an '85 figure, he hasn't achieved the same status as Snake Eyes, Shipwreck or Flint. Mint and complete, you can get a Quick Kick for under $10. However, if you are willing to sacrifice something like the nunchuks, or accept a little paint wear, you can halve that price. Foreign Quick Kicks from Argentina, Brazil and India are also cheap and readily available. So, anyone wanting one or more Quick Kick figures has a wide variety of cheap alternatives available. Today, I find this figure useful to complete the 1985 series of figures. But, beyond that, Quick Kick still remains a figure of little use value to me. Few collectors feel that way, though, and the character has a solid following. Were Quick Kick a 1987 release, I would not have one. But, being a 1985, he gets some leeway due to the quality of his contemporaries. 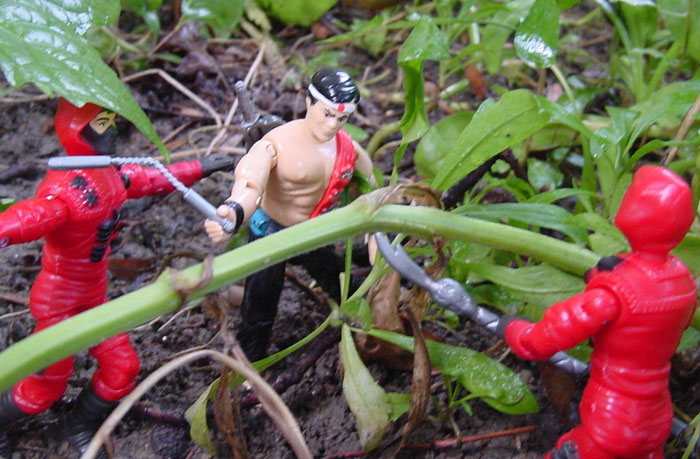 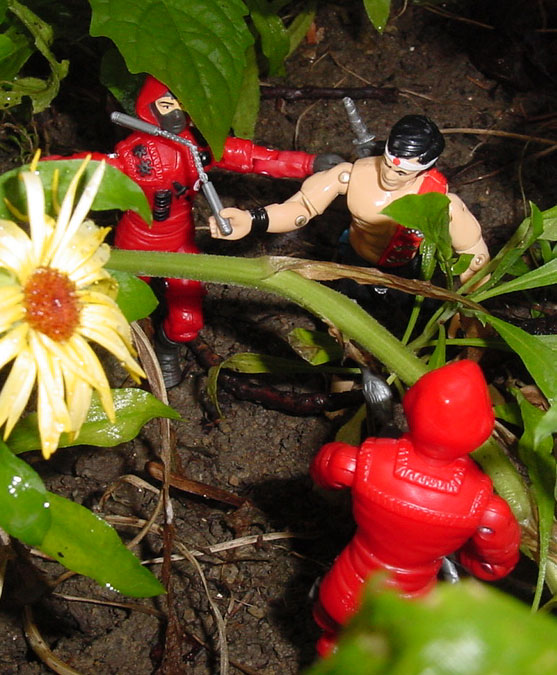 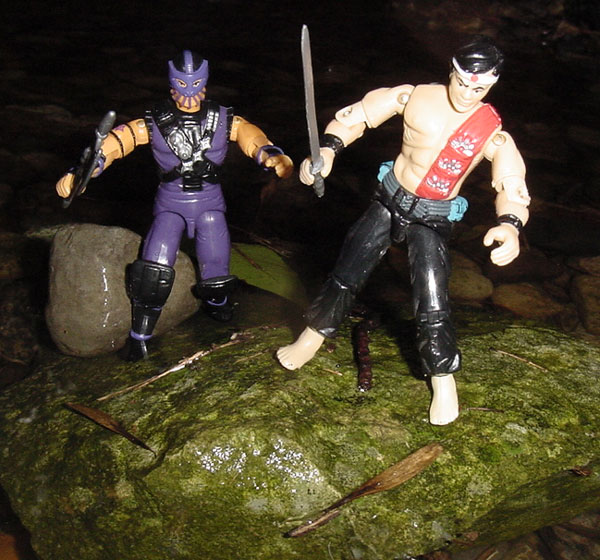 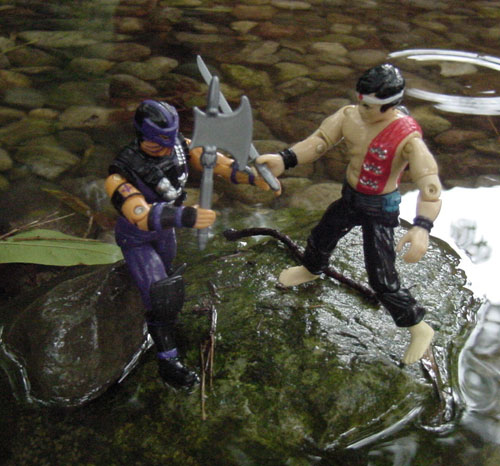 Posted by Robot_Sonic at 9:00 PM
Email ThisBlogThis!Share to TwitterShare to FacebookShare to Pinterest
Labels: 1985, Quick Kick