The Joe line is littered with great figures. Even in the line's final years, it is possible to find a figure that truly stands among the classics. As the line progressed, though, Hasbro did allow imperfections to creep into many releases. Little things like a splash of neon, lack of accessories or unpainted details slowly started to erode the overall quality of the Joe line and made it so that when they did get everything right, those figures really stood apart. Of the figures, though, who have slight flaws, those who can be easily redeemed tend to still maintain some relevance in the collector world. One such figure is the 1989 Recoil.

Recoil was one of my best early discoveries when I first returned to Joe collecting in the late 1990's. I first acquired the figure in one of the various lots of 1988 and 1989 figures I tended to buy in those days. My initial impression of Recoil was that he was a great figure. The green base and sleek design were a perfect match for what I liked in a figure. The fact that he was not a character with which I was familiar and that his head was somewhat obscured made him an ideal figure for a Joe themed army builder. For the first few years, this was Recoil's role. Armed with a Python Patrol Copperhead rifle, Recoil was mostly a nameless army builder who would kill or be killed in skirmishes with the various Vipers I most liked at the time.

Eventually, though, Recoil grew out of this role. If you look at many of my early photos, you see that Recoil is a staple. While I never really concocted any sort of character for Recoil, I did want to use the figure since it worked so well in outdoor environments. Slowly, though, Recoil lost much of his luster. Most of the figures I acquired in the 1990's eventually did as I acquired more and more figures during the 2000's. When it was time for this profile, I thought I had actually sold all my Recoil figures and only found a complete one buried in a junk box full of other, forgotten, figures in the garage. It's doubtful that Recoil will even ascend to the previous heights of use he enjoyed a decade or more ago. But, he's still useful to have around and is a nice way to fill out a photo or diorama.

Recoil's success lies in his simplicity. The figure is, basically, just two shades of green with some brown thrown in on the extremities. Really, the mold would benefit greatly from additional paint masks that would bring out the details in the mold. The grenades and hooks on the figure's chest would look great in silver and they would add a realistic aspect to Recoil that would actually make him better. But, the base green is so strong that these missed details can be forgiven. The weakness of mold are some of the bizarre details that give Recoil his personality. First, he wears a very open zippered shirt. It's an odd look for 1989. But, was something that the Joe designers seemed to use from time to time to give figure's different appearances. The second odd aspect are Recoil's sunglasses. These bright green spectacles give Recoil a bug like appearance. They make you wonder what he has to hide. But, they also offer a degree of anonymity that helps to either establish Recoil's character or embrace the lack thereof.

Recoil is a great mold in realistic colors with excellent accessories. On the surface, he should be one of the more popular Joe characters from this year. But, he has one fatal flaw: baby blue accessories. Recoil's rifle is one of the best Hasbro ever produced. But, colored the way Recoil's is, the weapon becomes worthless. The combination of rifle, grenade launcher, bayonet and sight all make for a perfect sculpt. The colors just ruin it. (Fortunately, a black version of the rifle is available with the highly common Version D Steel Brigade figure.) Recoil's second blue weapon is just odd. A double handled weapon with a pistol on top and shotgun on bottom was silly. It's relatively useless, even before the color becomes an issue. The two decently colored Recoil accessories, his pack and case, though, are also exceptionally well done. The backpack is small, compact, detailed and has an antenna. Details like this helped make the figure more interesting and suggest that Recoil has a great many talents and would be an asset to pretty much any Joe team. The case is well sculpted but rather superfluous. But, is one of the little extras that made Joe so much fun. Recoil may not have used the case, but it was nice to have it if you ever needed it for an adventure.

Recoil was released in the U.S. the one time and not re-used again. The figure also saw release by Hasbro in Europe and China. The real life for the mold, though, was in Brazil. Estrela never actually released Recoil, but they did have the mold and used it for a variety of exclusive figures. His head, chest and arms appear on the brightly colored Tigor figure. His chest was also used for the amazing Cobra Flying Scorpion character. The mold saw more use in South America than it ever did by Hasbro. The mold seems to have perished in Brazil, though, as it never appeared after those releases. The figures released at the same time as the various Recoil inspired figures have also never appeared. So, there is no accounting for where the figure could be.

Recoil figures are typical of 1989 figures in terms of availability and pricing. They are not hard to find and can be had between $8 and $12. However, due to the plastic and rivets used in 1988 and 1989, finding a Recoil with uncracked elbows and no discoloration is getting harder and harder to do. Even well cared for figures are starting to deteriorate a bit and there is likely no stopping the process...only delaying it. Still, as you can see from the photos below, having elbow issues is not enough to render the figure useless. The overall quality of Recoil makes it easy to stop worrying about those small imperfections and allows the modern collector to enjoy the figure for the design that it is. 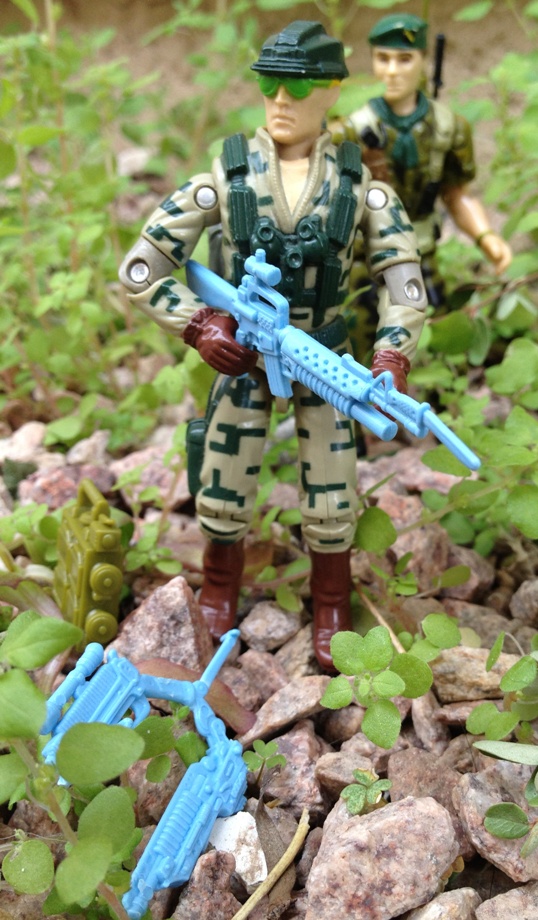 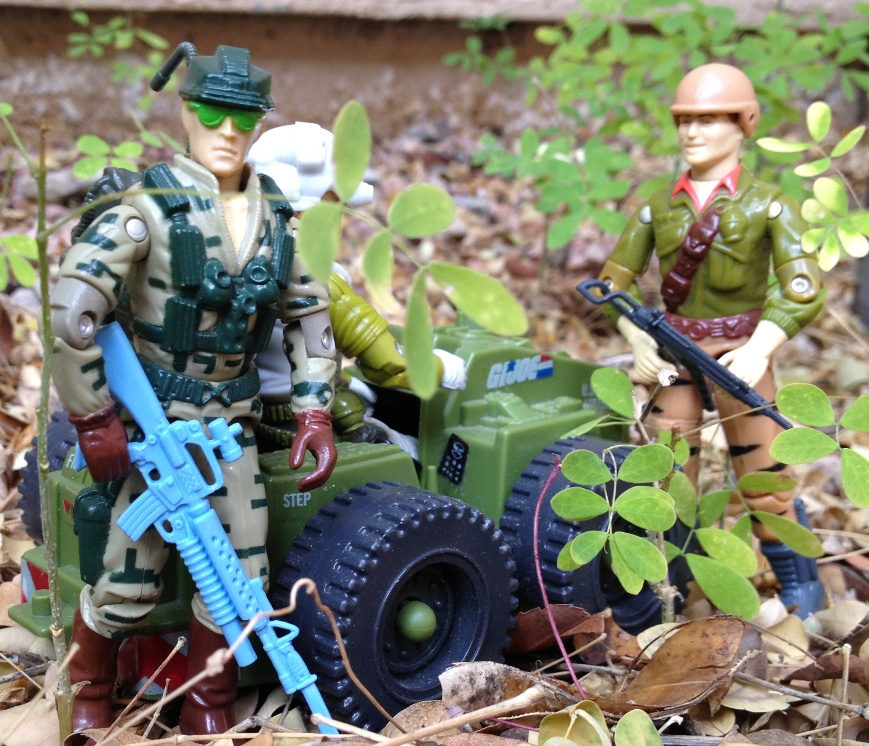 Posted by Robot_Sonic at 9:37 AM
Email ThisBlogThis!Share to TwitterShare to FacebookShare to Pinterest
Labels: 1989, Recoil