Vehicle drivers were always among my favorite Joe characters and figures.  There was something about not being able to get the figure unless you purchased a much more expensive vehicle that made them seem more special than the scads of figures that were always available on retail shelves.  From the very beginning, vehicle drivers were created with the same care and quality that was evident on all the carded figures.  Through 1985, vehicle drivers were some of Hasbro's best work.  In 1986, though, the standard began to falter.  Some of the '86 vehicle operators simply weren't up to snuff.  The molds seemed less sharp and the colors less integrated.  Figures like Lift Ticket and Cross Country were perfect examples of characters who should have been excellent, but whose figures fell short.  While those guys were disappointments, nothing was worse than when Slipstream entered into my collection.  I always had high hopes for pilots.  They lended themselves to cool designs with helmets, air masks and fully decked out flight suits.  I so wanted Slipstream to be the pilot figure I had dreamed of getting.  Instead, he was a very flawed figure that not only soured me on the character, but also his high quality aircraft.

Slipstream was introduced as the pilot of a cutting edge aircraft: the Conquest X-30.  From the neck down, his flight suit fits the motif of the advanced flying machine.  (Though, to be honest, if you painted him orange, the flight suit is a doppelganger for an X-Wing Pilot from Star Wars.)  The Slipstream head, though, has two major flaws.  Figure wise, the head is too large for the body.  That alters the entire figure and reduces the usefulness of the figure.  The real issue, though, is that the guy who flies the most advanced plane in the entire world chooses to wear a leather flight hat straight out of a bad World War II movie.  Any fighter jet that required advanced computers to stabilize it in flight and was capable of pushing G Forces to any pilot's blackout threshold would surely have dictated that said pilot wear the most cutting edge head gear around.  This would ensure proper oxygen flow and help him retain maximum alertness in a combat situation.

These limitations pushed Slipstream to the bottom of my Joe pile.  I simply had no use for him.  I didn't like how he looked, so I didn't even consider him for any play.  There were times when he was used as the co-pilot of the Tomahawk.  But, even those were limited.  Eventually, like most of the figures I owned that I didn't really like, Slipstream ended up as a nameless criminal who would attack a Joe or Cobra base.  He and his compatriots might gun down a few Joes or Cobras.  But, in the end, most would end up dead or captured.  It allowed for reuse of the Slipstream figure.  But, didn't give him any value beyond that of being a toy that could hold a gun.  (Something the knock offs of the time could not.)

The really odd thing, though, was that Slipstream's fate was also tied to that of the Conquest.  Ostensibly, the Conquest was exactly what I wanted in a fighter plane as a kid.  It was small enough to hold in one hand.  It had missiles, guns and bombs.  The cockpit was exposed so you could see the figure.  And, it was sturdily built.  As such, this should have been my default Joe aircraft.  But, it didn't happen.  Without a solid pilot, the Conquest languished in the "hangar" under my bed.  Slipstream wasn't cool enough to use and, at the time, I didn't have any other pilots who were a good match for the plane.  So, the Conquest never took off in my collection due to the poor pilot figure.  This allowed me to re-discover the Conquest as an adult collector.  I now appreciate it for what it is.  But, without that childhood connection, it still never gained popularity that the mold probably justifies.

Now, though, I appreciate the Slipstream mold a little more.  It is greatly detailed.  And, the colors are pretty solid.  The large head and nose are still an issue.  But, many other figures have similar issues and I overlook those.  Plus, with more, better pilot figures available than I had in 1986, I no longer feel cheated out of the perfect flight suit.  That isn't to say the figure appears all that frequently.  But, I do have a Conquest and when it's displayed, Slipstream will be at the helm.  Really, that's the best fate this figure could hope for.  But, it does show that the context of a release may taint a figure for a long, long time.

The Slipstream mold was used only twice.  Once for Slipstream and again for the Sky Patrol Altitude figure.  (Though Altitude had a new head.)  The mold then disappeared.  The '86 vehicle drivers faced many fates with some going to Olmec and others going to Funskool.  Slipstream, though, was never rumoured in any foreign country and it's likely that the obscurity of his character precluded anyone from ever searching for the mold.  (It should be noted there is a Slipstream variant with different figures having slightly different coloring, a "gap" in the teeth and different production markings.  Neither appears more popular than the other, but it's something to look for.)  In 1998, Hasbro forewent Slipstream and included a repainted Ace as the Conquest pilot.  This pairing actually makes more sense and is a better fit than the pilot who was designed for the aircraft's cockpit.  The character's name was resurrected in 2003 in a Conquest repaint.  But, the figure was the 1992 Ace body with a new head.  The character has appeared in other construction types.  But, the original mold is long gone and will never be seen again.

Slipstream figures are cheap and plentiful.  The plastic is susceptible to discoloration and Slipstream's nose often exhibits paint wear.  But, due to the high volume release year and highly popular aircraft with which he was included, there are still lots of Slipstream figures out there.  Mint and complete with filecard versions can be had for under $5 with ease.  So, there's no financial reason why Slipstream isn't a member of everyone's collection.  But, from a usability and coolness perspective, there is.  This figure just isn't that interesting and the failures of sculpting only exacerbate that fact.  As the pilot of the Conquest, Slipstream is useful.  But, there are so many other, better pilots available in the line that are more technological matches for the aircraft that the need for Slipstream is greatly diminished. 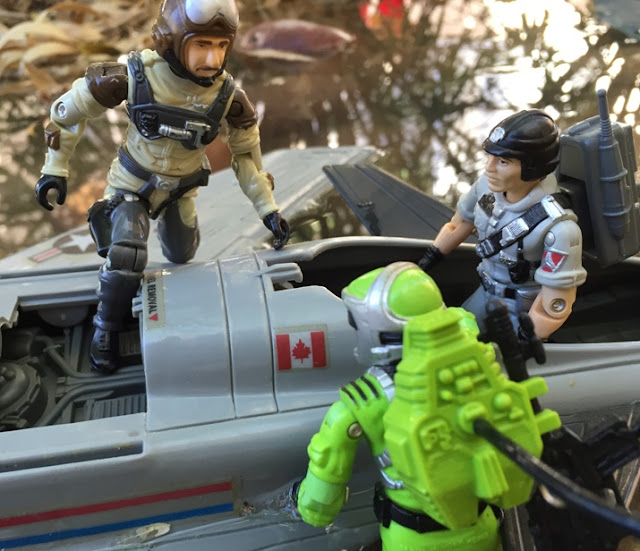 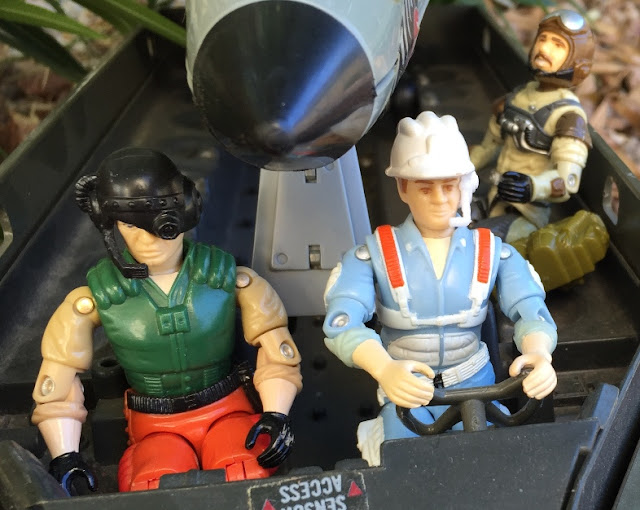 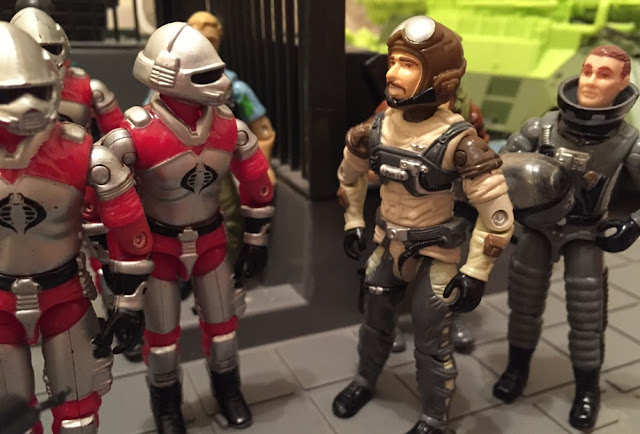 Posted by Robot_Sonic at 5:30 AM
Email ThisBlogThis!Share to TwitterShare to FacebookShare to Pinterest
Labels: 1986, Slipstream, Vehicle Drivers