When G.I. Joe returned to retail in the early 2000's, it had a slow build.  The vintage style Joes from 2000 and 2001 petered out on store shelves rather quickly.  The relaunch in 2002 drove some interest.  But, it was full of heavy clearance fodder as repaint after repaint bogged down the shipping pipelines.  2003, though, was different.  The first half of the year was very slow.  But, in the final 6 months of the year, Hasbro shipped nearly 100 new figures.  That massive retail push generated a lot of holiday buzz.  And, as a result, retailers upped their G.I. Joe orders to the point where smaller dealers could not get access to things like the "Army Building Wave" nor Wave 5.  Toy stores had large displays of Joe figures and vehicles that almost completely sold out before Christmas.  To get product to the stores, Hasbro even shipped the first waves of 2004 Venom Vs. Valor figures early.  But, in the first quarter of 2004, all of the enthusiasm for Joe abruptly died.  While stores had been briskly selling every Joe figure in 2003, the 2004's began to stagnate immediately after their release.  Hasbro couldn't get product out due to the pegwarming figures.  The line's demise became more and more of a reality and Hasbro stopped putting their best efforts into their collector themed Toys R Us 6 packs.  The result was that the vintage style Joe figures that were released in 2005 are nothing short of an eclectic, uninspired mix of tired molds, odd colors and terrible accessories.  Buried in the garbage were some solid ideas: just poorly executed.  Perhaps the best example would be the 2005 Cobra Imperial Processional set.

On the surface, the Imperial Processional should have been a great set.  At the time, a Cobra rally was a staple of any collection display.  Having a set designed to augment this collector favorite was a no brainer.  The set included Cobra Commander, Baroness, four Imperial Guards, flags and a dais for the Commander.  It should have been awesome.  But, it was not.  The first reason starts with the coloring.  I'm not adverse to alternative colors for Cobra.  They've always been avante guard in their wardrobe choices.  But, the copper/red choice for this set just didn't work.  It's not a color scheme traditionally associated with Cobra and didn't fit with established Cobra figures.  So, putting the guards and the Commander in the middle of purple, crimson and blue looked very out of the place.

The odder aspect, though, was the Imperial Guard figure itself.  A 1987 Cobra Commander body with a Range Viper head is weird.  The figures look like they are designed to be cyborgs with exposed brain matter.  The Range Viper head has always been different.  But, it's worked on the various incarnations where it was employed by Hasbro.  In this case, though, the overall look just doesn't seem right.  The result is a figure that is neither fun to army build nor incorporate into other Cobra armies.  The fact that there were four of them in the set and they are only equipped with flags: no other weapons, only helps to further sink them.

This set has so many problems that it's hard to list them all.  First off, an Imperial Processional denotes an emperor.  Cobra has an emperor: Serpentor.  So, Serpentor's inclusion in the set would have made much more sense than Cobra Commander's.  But, Serpentor and the Baroness have a somewhat problematic relationship.  So, I can see how that may not have been the best choice.  (Though, I think the true reason was the Serpentor was slated for a comic pack in 2005 and they didn't want two of the same figures available at the same time.)

When I look at this set, it's hard to believe that it could have been bungled any more.  Had it been in traditional Cobra blue, black or, even Crimson, the figures would have at least been useful in a traditional Cobra army.  Using Serpentor instead of Cobra Commander would have been a nice touch and a way to get a Serpentor figure that was differently colored into the marketplace.  If they had used the full 1987 Cobra Commander for the central figure, he would have then better blended with the guards and their uniforms would make more sense.

To say the Imperial Processional set was a flop is an understatement.  Collectors were flabbergasted at such a lackluster effort from Hasbro, especially on the heels of the Crimson Guard sets.  Malaise quickly set in and those who bothered to buy any Processional sets usually stopped at one.  The sets languished through the holidays.  In the summer of 2006, Toys R Us clearanced out their online stock.  First, the sets dropped to $11 each.  But, that wasn't enough.  Within a few weeks, the sets dropped to $6.98.  (To put that in perspective, it's believed that Toys R Us's cost from Hasbro on the set was around $12.)  Even at that price, it took several weeks for them to sell out.  Collectors just couldn't justify spending money on the set, even at deeply discounted prices.

Today, complete figures can be had for $5 or $6.  If you wait for a lot of figures, you can get them as cheaply as $2 per figure and get a large volume of them at once.  There is simply no demand for the Imperial Guard and the pricing reflects that.  Had I not bought this set at its release, it's unlikely I would own it.  It is not a set that demands purchase and there are better figures from the era to be had.  But, since I do own them, I find the figures can have uses.  The throne for Cobra Commander is worth owning.  And, his cape isn't too shabby, either.  These Imperial Guards do look good when paired with the Commander figure and the flags are a neat addition to the Joe mythos.  So, I do think this set is worth picking up if you can get it for under $10 or $12.  Once you get much higher than that, though, the return diminishes and the set starts to falter. 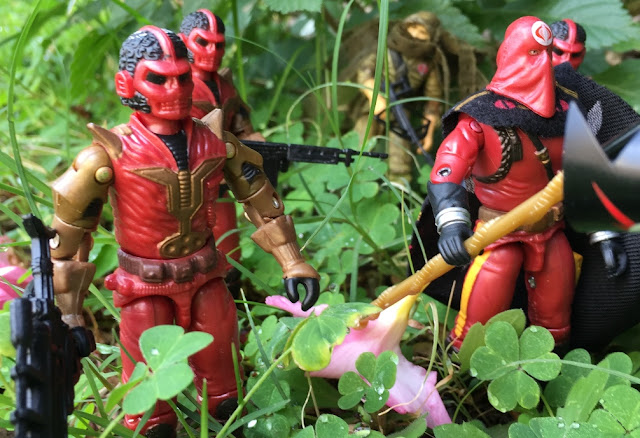 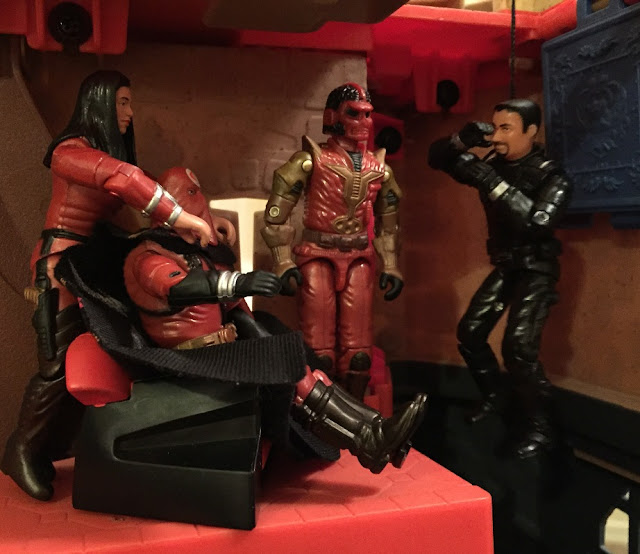 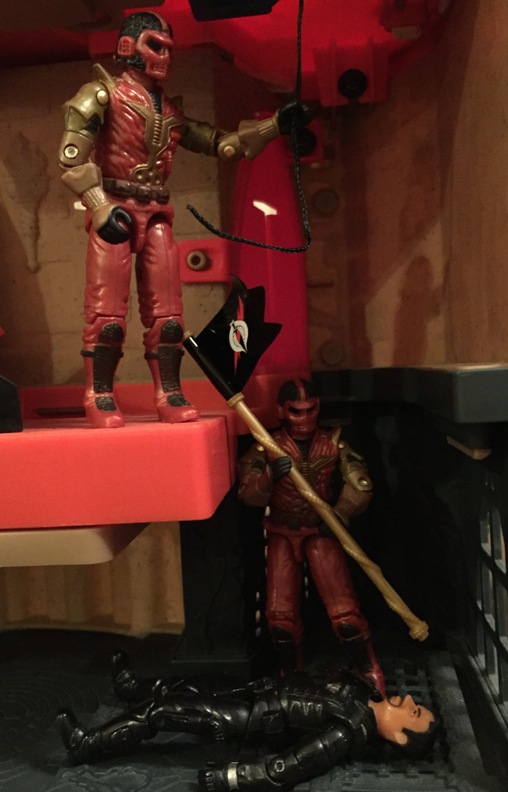