In 1982, the original series of Joes that were introduced were solidly planted in military realism.  While this certainly was a linchpin in their initial success, it was the deviation from the traditional military in the subsequent years that allowed for greater characterization that really drove the line's immortality.  While there were bizarre concepts like Zartan and the Crimson Twins, though, Joe still maintained strong military ties.  The Joes themselves were splashed with more color, but they didn't stray too far from the core concept.  As the years progressed, though, the line moved more and away from it's traditional roots in military realism.

While it's easy to see the progression from 1982 through 1994, it is the year of 1987 that really stands as the line of demarcation between military and fantasy.  It is likely the G.I. Joe animated movie was the catalyst for the change.  But, 1986's Serpentor had laid the groundwork for Cobra La.  1988, though, was a bit truer to Joe's roots.  The Joes were (mostly) solidly colored, military specialists.  Gone from Cobra were the mutants and clones.  Destro's Iron Grenadiers were introduced as well, bringing back a traditional villain, but one who was rooted in military avant garde technology.  There were just six Cobra characters released in 1988: one Dreadnok and five new army builders.  The new troops in Cobra's ranks were all highly specialized and on the forefront of technology as well.  They featured two astronauts (Astro Viper and Star Viper), two underwater specialists (Hydro Viper and Secto Viper) and the subject of this profile: the 1988 Toxo Viper.

As a concept, the Toxo Viper is quite strong.  A series of biological warfare troops capable of delivering a chemical attack anywhere at any time is quite frightening.  As a design, though, the figure is nothing short of bizarre.  In the late 1980's, the Joe line had some people working on it with a very different sense of creation.  They introduced many of the more "out there" concepts to Joe.  Their influence zenith was 1987 and 1988 and the lines of those two years.  You can see the different ideas in designs like this Toxo Viper.  While the figure's head is somewhat rooted in reality with the internal breathing mask, the helmet that covers it is nothing short of outlandish.  The color combo of brown, yellow, aqua blue and red just adds to the bizarreness that is the Toxo Viper.

This brief segue away from realism, though, was an infusion of concepts that might not have otherwise been released.  This Toxo viper laid the groundwork for Eco Warriors.  And, while you can argue that Eco Warriors are a bad thing, collectors did get some solid figure designs from the subset.  But, Toxo Vipers also helped Cobra appear more deadly.  Sure, the comic showed Cobra's military might with them taking over entire countries.  But, the reality is that such an endeavor would be expensive and wasteful.  Toxo Vipers allowed Cobra to terrorize the masses and launch full scale attacks with minimal personnel.  With just half a dozen Toxo Vipers, Cobra could take out an entire US military installation.  The toxins could be neurological or biological.  But, they would be effective and allow a small organization like Cobra to take on much larger opponents.

The Toxo Viper mold appeared three times.  The first, obviously, was for this figure who was released in 1988 and 1989.  In the early 1990's, Hasbro sent the mold to Brazil.  Estrela then released it in a brighter color of purple in the Forca Electronica series.  This figure was named Maligno and is actually quite hard to find.  The mold then made its way to India.  Funskool released a darker purple version of the Toxo Viper for many years.  The Funskool figure is probably the best version of the figure and was widely available from American dealers in the early 2000's.  Funskool ceased production on the Toxo Viper in 2004 when they started returning molds to Hasbro.  The Toxo Viper was not among the first 18 molds returned.  But, he may have been part of subsequent returns to Hasbro.  The mold, though, was not used by Hasbro and has not seen production since the last Funskool runs.  This leaves collectors with two easy to acquire versions and one very hard to get version: all of which are slight variances of the same color scheme.  While it would have been nice to see something outlandish on this mold from Funskool for a final variant, I'm content with the three versions.

Mint and complete Toxo Vipers aren't that hard to find.  While the backpack prongs are brittle and prone to breakage and the figure's nose is susceptible to paint wear, the number of unbroken, mint specimens out there is vast.  The figure's relative lack of popularity hurts it and the bizarre color scheme keeps collectors from really army building them en masse.  These days, mint and complete with filecard figures run around $8.  You can get them as low as $6 if you forego the filecard and if you will take a broken pack or rubbed nose, they get even cheaper.  At the price, they are a good acquisition.  But, after you have 6 or 7, the figure's value diminishes greatly.  Unlike the classic army builders who are often amassed in multiples of 10, these more specialized Cobra troopers work better in small doses.  The result is a solid figure that's affordable.  The line needs more of those. 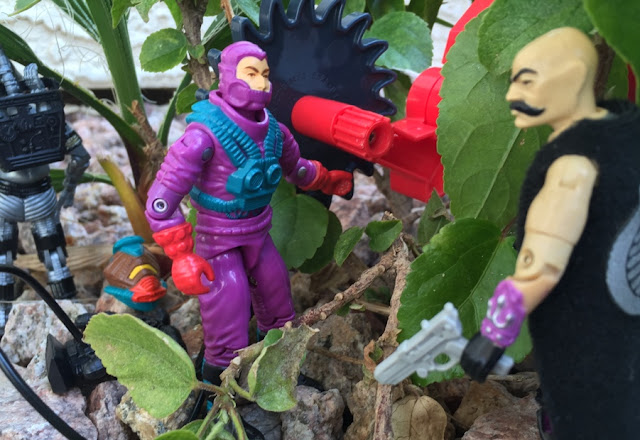 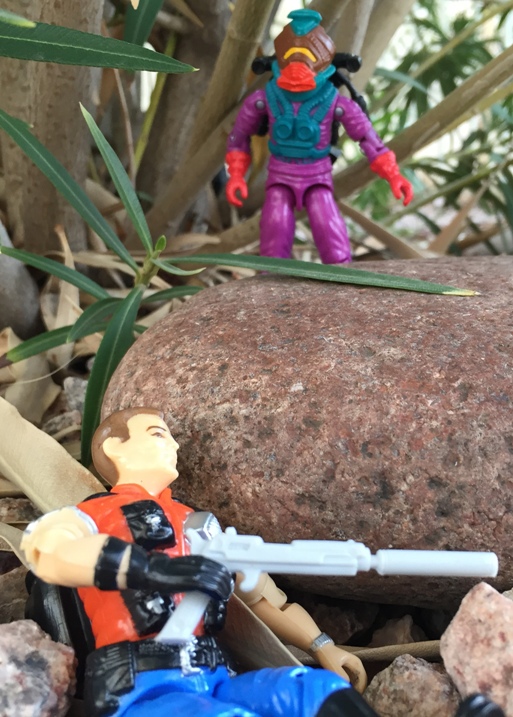 Posted by Robot_Sonic at 4:00 AM
Email ThisBlogThis!Share to TwitterShare to FacebookShare to Pinterest
Labels: 1988, Toxo Viper