15 years ago today, I posted my profile of the Brazilian Flying Scorpion figure.  The Escorpiao Voador, as he is known in Brazil, became one of my most viewed profiles ever.  (It's still in the top 10 all time even on this version of the site.)  At the time, carded versions could be purchased for around $30 each.  Now, the figure is very popular and loose, mint and complete versions tend to sell for $150 or more.  The character has even appeared in the 2016 Convention set.

At the time, the Flying Scorpion was both my first Brazilian figure and one of the first foreign figures I added to my collection.  The distinct look and general quality of the figure, though, sent me through the looking glass of foreign Joe collecting and it's been one of my main areas of collector interest ever since.

I remember the day I got the figure very vividly.  I was so excited to have something so exotic in my collection.  I opened him immediately.  The figure quality was slightly lower than Hasbro figures and he has always felt slightly brittle to the touch.  That's why I haven't used the figure in nearly as many photos as I would have liked.  I'm afraid he'll break if he gets dropped.  And, at current pricing for a Flying Scorpion, that's not a risk I like to take.

But, in honor of the decade and a half that's passed since I first showcased this figure online, I took him out to take a few photos, just for old time's sake.  You'll see that I have Flying Scorpion paired with AVACs.  The silver and red work well together and I can see AVACs as the personal troopers of the Flying Scorpion.

I can't believe I've owned this figure for the majority of the time I consider myself a "collector".  A lot's happened in the Joe world in 15 years: a lot bad and some good.  But, the collecting world becoming a smaller place has made figures like this accessible and the information regarding them more available.  That's a good thing as collectors now have a lot more options with which to grow their collections. 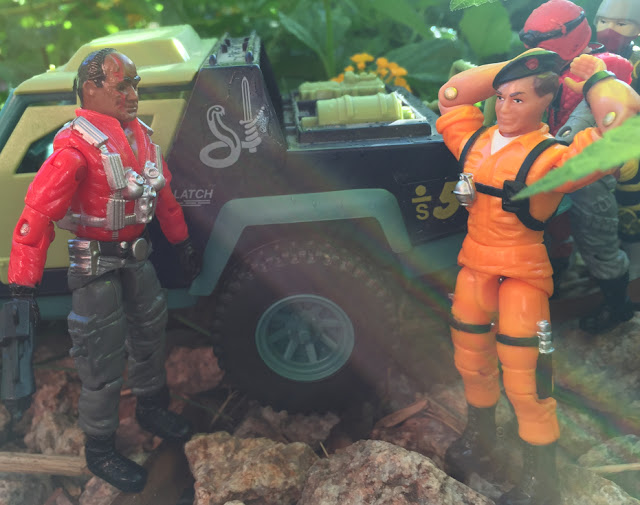 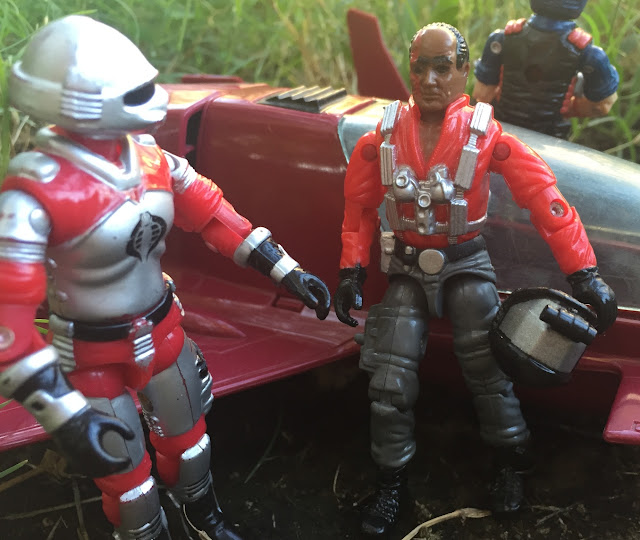