While I didn't buy any Joe figures in 1989, I was aware of this Rock and Roll and really wanted him.  I was not disappointed when I finally got him nearly a decade later.  He's a great figure.  I'd have loved to have seen him in the 2000's as a repaint.  But, it wasn't to be.  But, we have a nearly perfect first attempt by Hasbro.  Here's some of his best content on the web:
1989 Rock and Roll Profile

Rock and Roll at JoeDios.com

Rock and Roll at JoeDios.com 3 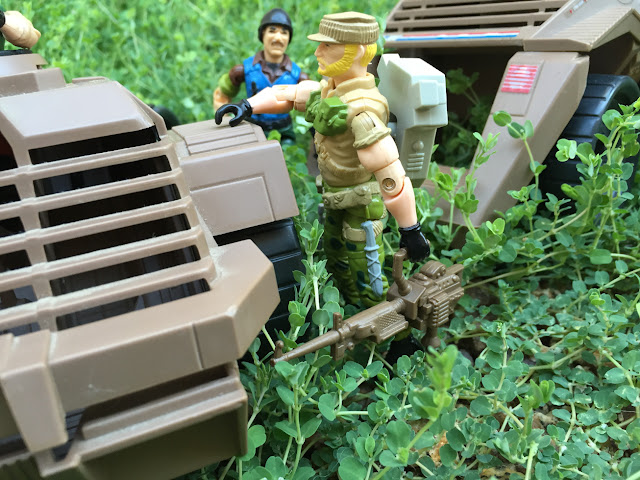 Posted by Robot_Sonic at 2:00 AM
Email ThisBlogThis!Share to TwitterShare to FacebookShare to Pinterest
Labels: 1989, Around the Web, Rock and Roll