This dio was taken in Indiana in either December or January.  It was a clear, dry and sunny day: as you can see in the pics.  But, it was freezing cold.  By the time the whole thing was set up, the vintage thumbs started getting brittle and my camera kept shutting off as the battery was too cold.  I liked the idea of a large group of law enforcement capturing the Dreadnoks and the show of force it would take to do so.


You'll see the CORPS! Hummer in the pics. At the time, it was about the best Hummer you get for Joes.  But, it was cheap and brittle.  But, it also cost like $10 with three figures.  So, you get what you pay for.  Just off camera was my relatively new Funskool Super Cop capturing my relatively new Funskool Red Dog.  They were the main reason I got all this out.  But, the rest of the scene was pretty fun to work out. 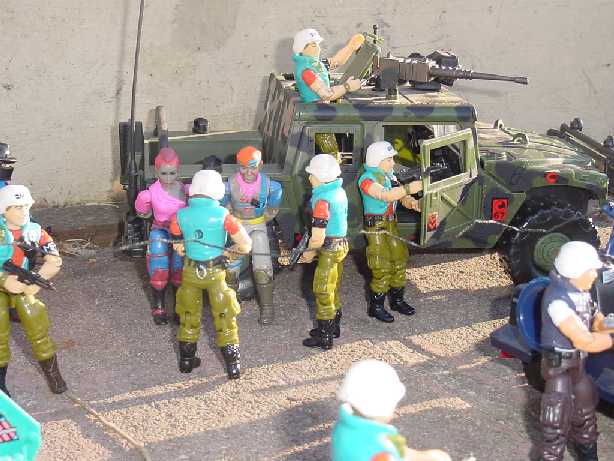 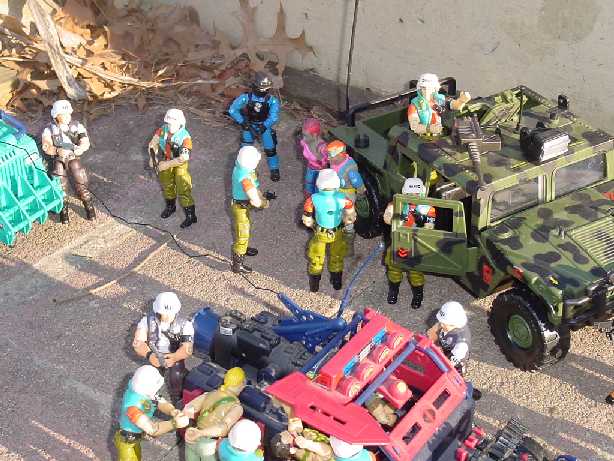 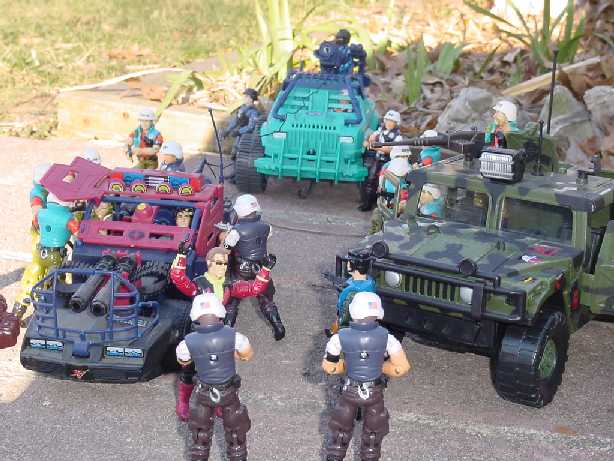 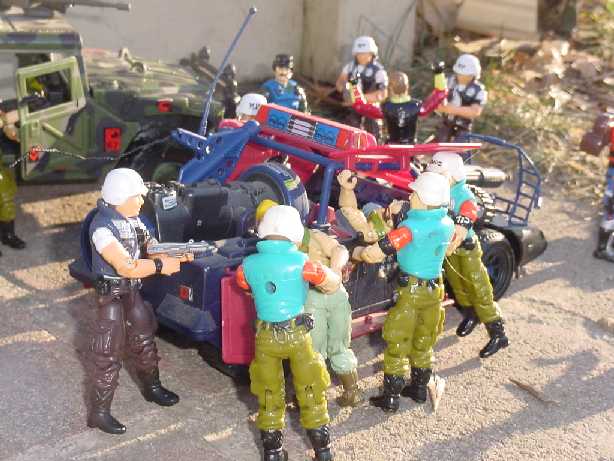 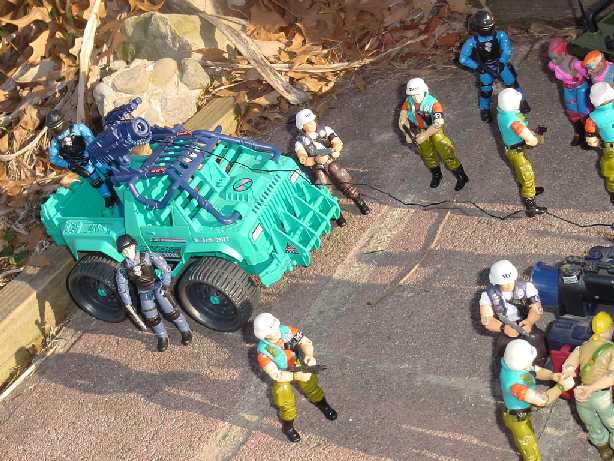 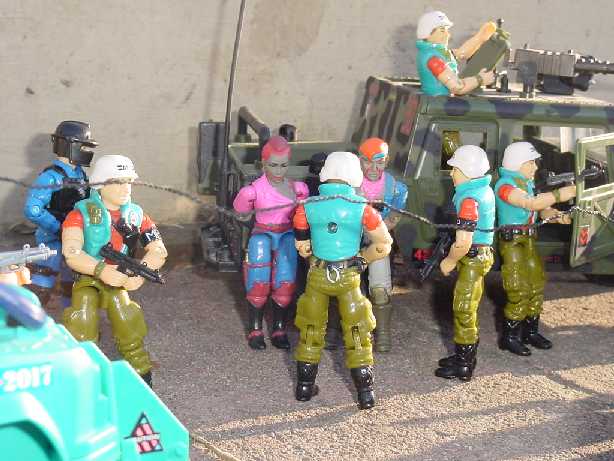