As I filled out my collection of Joes from the remnants of retail in 1995 and 1996, I had only the cardbacks to go by to determine what figures had been released.  In my hodge-podge collection, I was pretty sure which figures were 1992, 1993 and 1994 releases.  But, as it was not unheard of to find figures from any of those three years in the various clearance and overstock aisles, any figure that appeared on the card was a potential find.  Through the years, I found pretty much all of the figures depicted: with a few notable exceptions.  To a figure, these were Cobra army builders which, even at the time, proved popular.  The Alley Vipers, Flak Vipers and Headhunter Stormtroopers were nowhere to be found.  These figures all had a general theme, though.  Some very popular characters like Cobra Commander were understandable, too.  A few other no shows, however, made no sense.  Among those was the Barricade figure.  From the small artwork on the back of the 1992 and 1993 cards, the figure looked cool.  But, through my travels I never came across one.  In retrospect, it makes some sense now, though, since the 1992 Barricade is a pretty decent figure.

My first exposure to the Barricade figure, though I didn't know it at the time, was through the 1993 Shark 9000 Cutter figure.  He included a black version of Barricade's gun.  At the time, I assumed the gun was unique to Cutter.  But, I thought it was great.  I liked the newer accessories that were included with the '90's figures since they were so different from what I had grown up on in the '80's.  The Cutter figure became important just because of that gun.  So, when I learned that it was originally included with Barricade, it made the figure more desirable to me.

When I got my first Barricade, though, I was disappointed.  The figure is two-tone with the blue base and gold armor.  There are no painted highlights or details.  So, the he is rather bland.  His helmet is also pretty bad.  It's not that interesting, doesn't make a lot of sense and uses red and gold as the base.  Since his head is so large, the helmet makes Barricade appear unbalanced.  In short, it's no where near the Robo Cop inspired design from the card art.  The rest of his accessories, though, aren't bad.  The battering ram is huge.  But, that is forgiven since it's actually useful and works with the spring loaded launcher.  The fact that it fits onto Barricade's pack is a great bonus since combinable accessories were starting to get scarce in 1992.  But,the combined gear is way too large and the figure can't stand with it attached to his back.  So, it has practical drawbacks, too.

As Barricade entered my collection at a time when I was adding dozens of new to me figures every month, he was quickly lost in the shuffle.  He just wasn't as strong as other figures, even those from his own release year.  So, into the drawer he went and he pretty much stayed there for a long time.  In a 1992 display, though, Barricade fits in nicely.  He can work well with DEF figures or the regular release carded figures.  Among his peers, the figure looks less out of place and the unsophisticated paint application isn't as noticeable.  It is here where Barricade has found his limited use for me.  He is good background filler when you have out later release figures.  Beyond that, though, I find that is last release is really the only version of him to use.

The Barricade mold got some interesting uses.  It was released in the blue 1992 paint job as well as a bright reddish orange 1993 repaint.  In 1994, the entire figure was used for the Star Brigade Gears figure.  We would not see the mold for another decade.  But, it was dusted off in 2004 and made a surprise return in the now classic Anti-Venom set.  Coupled with the retail, tan version, were two different unproduced color schemes for Barricade that were offered by Asian Joe sellers.  There is both a light blue and dark blue paint job Anti Venom Barricade figure.  As these were readily available to the collecting community for a few years, they are worth noting as alternatives for Barricade fans.  Parts of his mold were used with come convention and club figures, but the Barricade character never returned.  Being such a late release, you could argue that the first three releases are sub par and that the figure was never truly used to his potential.  But, with 6 versions of the mold out there, it would have gotten a bit overused had Hasbro continued to repaint it ad naseum.

To call this figure worthless would be an understatement.  Loose, mint and complete with filecard figures sell in the $5 range.  But, so do carded figures.  The only reason the loose figure is so expensive is because sellers won't handle them for under $5.  The figure was released at a time of lesser popularity, was heavily clearanced into the mid 1990's and had large amounts of overstock bought by the toy dealers of the time who had visions of $100 Joes dancing in their heads.  But, the character never clicked with the collecting community and the figure, when taken out of his 1992 context, isn't all that special.  So, the complete collecting community malaise towards Barricade is perfectly logical and unlikely to change any time soon.

But, this leaves the modern collector with opportunity.  You can get both the 1992 and harder to find 1993 versions for nothing.  They are worthy additions to any collection and the 1992 figure does work very well with the DEF figures from that year.  Barricade's gear is fun and his design is strong.  The figure has flaws, but most Joes do.  If you're looking for good dio filler or just a way to bring something different to your collection, Barricade is certainly a strong candidate.  Had I found him back in the '90's, I think he would have been among my favorite figures.  But, I appreciate him now as part of that era. 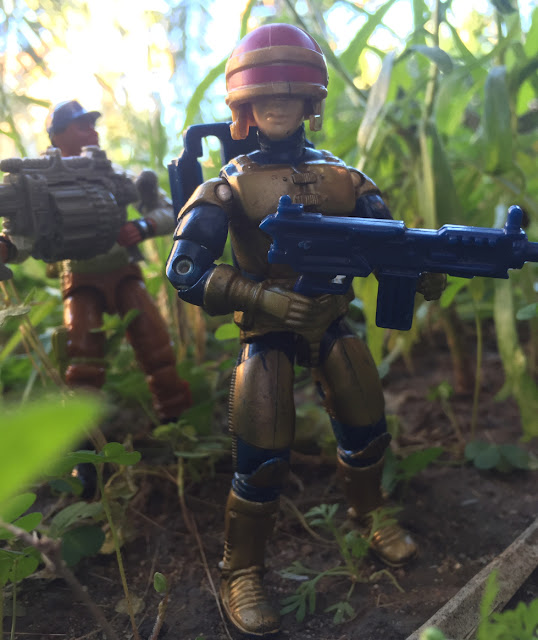 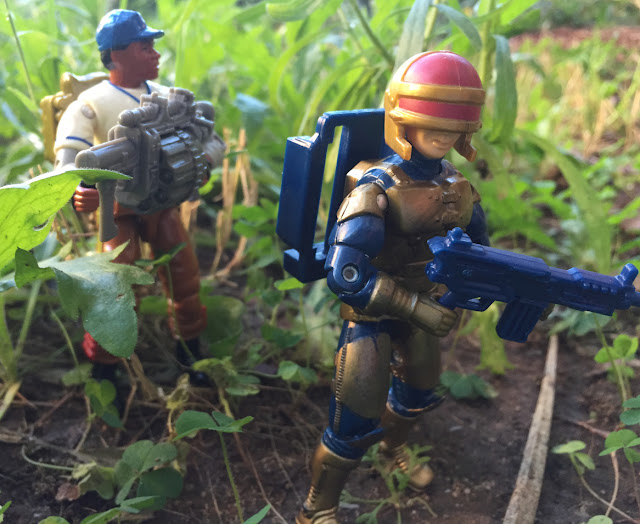 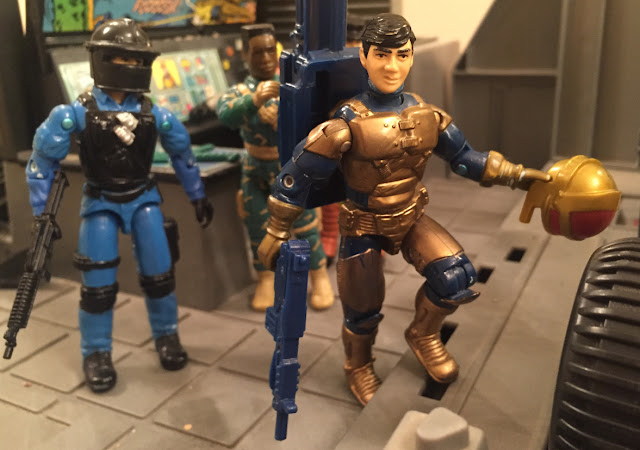 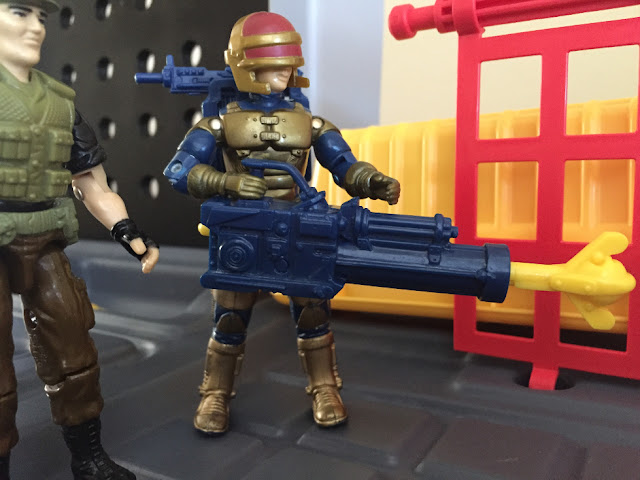 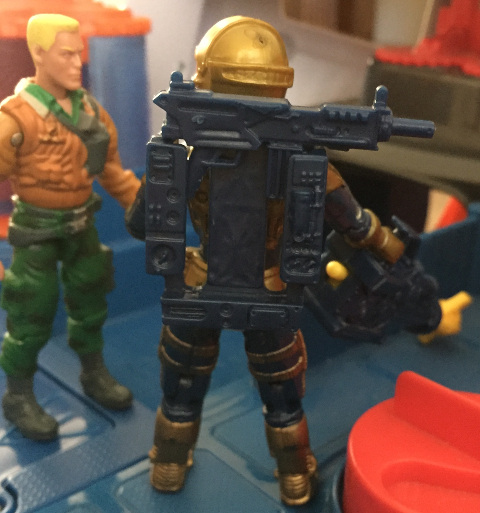 Posted by Robot_Sonic at 4:56 AM
Email ThisBlogThis!Share to TwitterShare to FacebookShare to Pinterest
Labels: 1992, Barricade