In the summer of 1984, comic book readers were introduced to the Crimson Guards.  The clean cut, orange haired, suit clad warrior was designed to blend into American society and take it over from within.  His code name was given as "Smith" and, in the words of Cobra Commander, he would "be but the first" of the CGs to undertake covert missions all over the U.S.  In subsequent issues, "Fred" began to take on more of a role in the comic.  He even went as far as appearing alongside Destro and Firefly in issue #31 as almost their equal.  As the comic progressed, though, the notion that many Crimson Guards underwent plastic surgery to look alike and become "Freds" became a continuing plot point.  A Fred even became Cobra Commander for a while.  The Fred character remained a recurring theme in the comic for many years afterwards.  So, when Hasbro came up with comic book packs as a way to sell some G.I. Joe action figures, looking to a character like Fred was perfect synergy.

Being Hasbro, though, they were loathe to release the head on an army builder in the comic packs.  To be fair, the comic pack product was designed as a character driven vehicle and any army building inclusions in the packs were usually met with collector derision since they would have to buy multiple non-army builders to get the numbers of the trooper that they wanted.  So, Hasbro came up with a decent idea.  They cast the Fred head and put it on a 1987 Cobra Commander body.  They sculpted up a helmet that was more true to the comic than the 1987 figure's head and released the head as Cobra Commander.  In this regard, fans got both a Cobra Commander from the Cobra Civil War era and the Fred head that they could use on spare Crimson Guard figures.

Fred was released in comic pack #74, along with a top notch Zartan update and a less spectacular Zarana figure in 2005.  His pack was among the first items released in the "DTC" banner where Hasbro sold the figures directly to the consumer through web vendors.  So, the only way to acquire the figure was online: requiring the customer to pay shipping costs.  When that program collapsed in failure, though, Toys R Us stepped in and bought all the overstock from Hasbro and put it into their stores.  So, that gave collectors a chance to find the figures locally.  But, the collector base that had grown strong in the early 2000's was fractured and destroyed by the time these figures rolled out.  This pack, along with the others from the time, sat and sat, unable to sell out.  Online retailers started dropping prices and only after the packs dropped to around $4 each was the stock finally able to be absorbed.

But, for me, these cheap prices were the enticement.  While I didn't need multiples of Zartan or Zarana, both molds had proven to retain some value to customizers and collectors.  But, I did want a few extra Fred heads.  Fred is a great match for the 2000's era Crimson Guard and Crimson Shadow Guard figures.  It was impractical to buy $10 packs to make three or four lazy headswap customs.  But, for $4, it was much more possible.  The Fred head also fit onto these remade Crimson Guard mold figures quite well.  I bought up several spare packs and quickly swapped the heads onto other bodies.  The repaint era Crimson Guard masked face head was even a decent fit for the spare Cobra Commander bodies.  Many other collectors, most with far more customizing talent and vision than I have, partook in the same clearances for similar ideas.  Many collections are flush with alternate headed troopers and even new characters that utilize the head.  So, I was not alone in finding the cheap packs a great way to distinguish an army of repaint era Siegies.

As an out of the box figure, Fred is ok.  Obviously, the head is excellent and the only reason to pick up the set.  But, the rest of the figure is kind of boring.  The head sits atop the 1987 Cobra Commander body.  While this is comic accurate, it's also predictable.  I've never been a huge fan of that body.  But, the worse part is the color.  The figure is cast in a light blue.  It's a definite downgrade from the 1987 figure.  The silver isn't as sharp or metallic as the 1987, either.  The figure fits with the aesthetic of the comic pack colors.  But, when looking for a good toy, I find this figure somewhat lacking.  Without the new head the figure would be a downgrade from the 1987 and even 2001 versions of Cobra Commander.  But, the alternate helmet and new head are worthwhile additions.

The figure's accessories, though, help.  Fred includes two new sculpt era weapons.  One is a small sub machine gun that came with a large number of figures.  It's small and blocky and not a weapon I really enjoy.  The other, though, is a top notch small rifle you see in the pictures below.  It's a great weapon for many Cobras and often goes with the head onto the CG bodies when I make a headswap.  The figure also includes a newly sculpted helmet.  It is tight fitting and true to the comic.  It's actually not bad.  But, it's made of flimsy plastic.  As such, many of the helmets have small tears in them just from being put on the figure's head.  So, be on the lookout for that.  If you are keen on details, there was a remade 1987 Cobra Commander pistol that was released with the 2002 Snow Serpent figure.  If you can find it, it's a perfect match for this figure, too.

The 1987 Cobra Commander body has a long and storied life.  It was released in the '80's, India, the 90's and the 2000's.  The Fred head, though, never made another appearance.  It would have been cool to see it atop some new Crimson Guards.  But, Hasbro really didn't have any slots for ARAH style figures after this comic pack's release.  Collectors would have really liked the head for a Wade Collins figure.  One could have been cobbled together from known good molds in the late 2000's and he would have been a perfect match for a convention release.  But, that didn't happen.  However, the head's compatibility with the molds to which collectors most associate it was a welcome bit of kismet and keeps this figure very useful.

In the sea of uninspired comic pack figures from this time, the Fred figure stands out a bit.  Despite being heavy clearance fodder for quite a while, the supply of figures has tightened up.  MOC comic packs sell in the $25 range and loose, mint and complete Fred figures usually run between $7 and $8.  In the grand scheme of the line, that's pretty cheap.  But, when you consider that many of Fred's contemporaries can be purchased for 1/2 that, he's a lot pricier than he could be.  You will, though, find the figure is many lots of comic figures and, in those, you can get him substantially cheaper, though you'll get a lot other figures, too.  But, this Fred figure fulfilled one of the great gaps from the vintage years and the head works perfectly as easy custom fodder for the multitude of Crimson Guard figures that were released during the time, too.  So, the collector popularity is rightly justified. 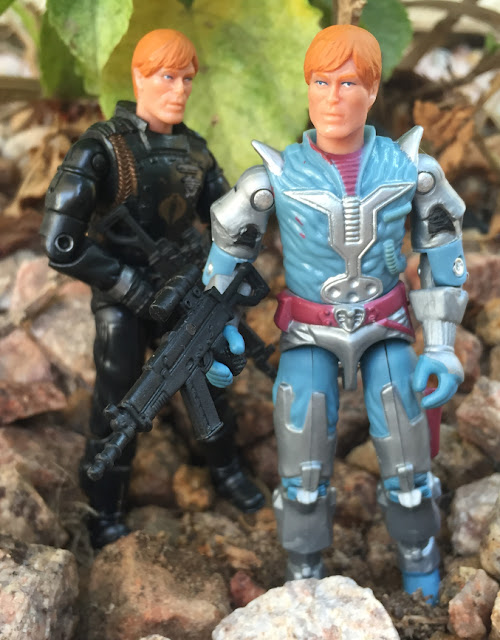 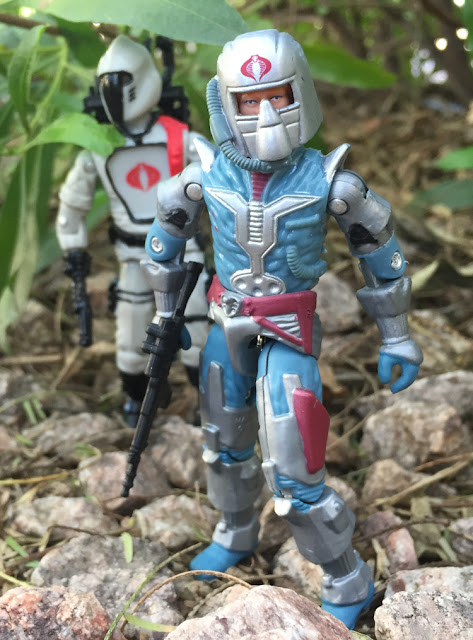 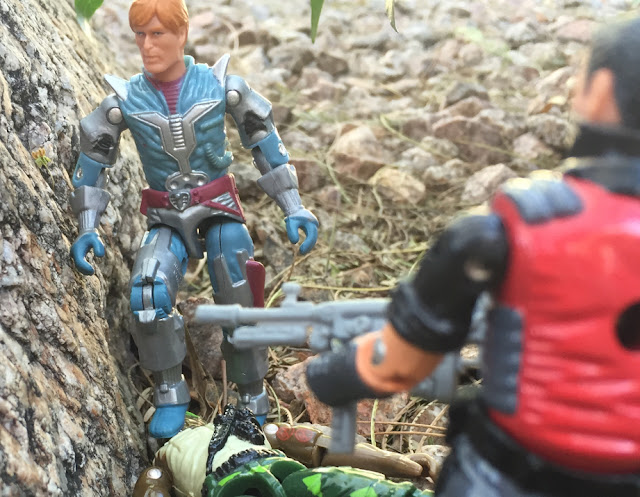 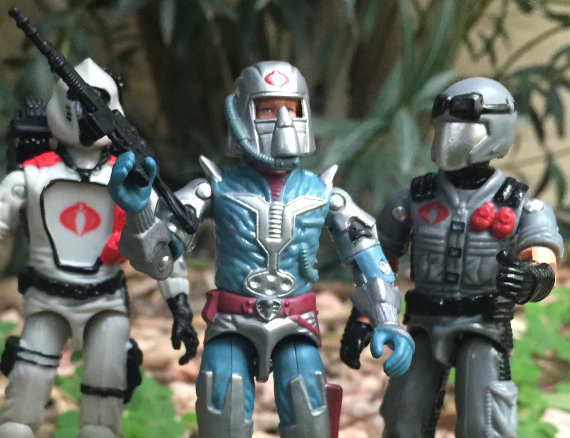 Posted by Robot_Sonic at 3:36 AM
Email ThisBlogThis!Share to TwitterShare to FacebookShare to Pinterest
Labels: 2005, Cobra Commander, Comic Pack