I've grown to appreciate the 1997 Stormshadow figure much more.  His 1992 Ninja Force inspired look isn't overbearing.  But, is different enough from the original.  His construction and paint quality is pretty strong and he includes the full array of vintage Stormshadow accessories.  Plus, you can get him cheap.  All of that adds up to a solid figure release.

I still consider this figure "new" even though he's 20 years old, now.  But, he's held up much better than many of the later repaints and show that the 1997 Hasbro team was much more in tune with what collectors would want than their later counterparts.  There's not much out there on this guy as the bulk of the character content is focused on the 1984 figure.  But, here's what I could find of him around the web. 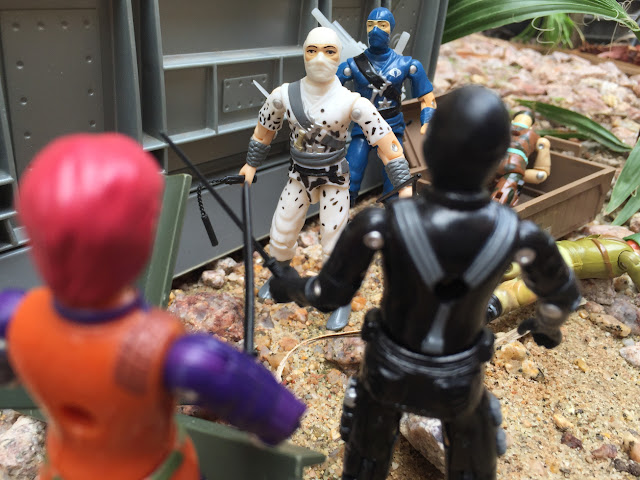 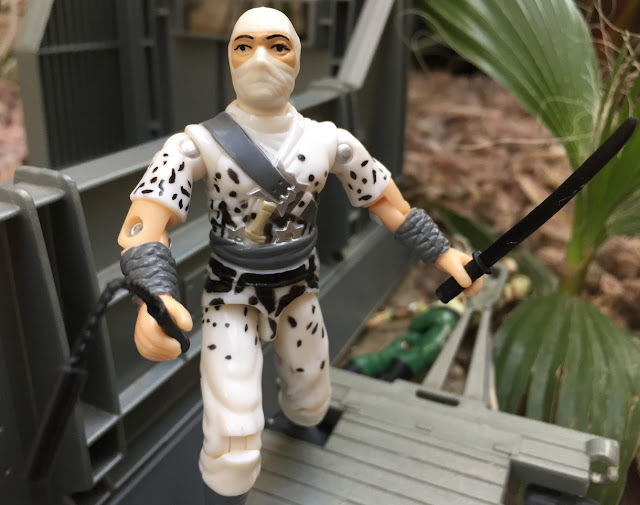 Posted by Robot_Sonic at 3:10 AM
Email ThisBlogThis!Share to TwitterShare to FacebookShare to Pinterest
Labels: 1997, Retailer Exclusive, Stormshadow