My younger brother got a VAMP for his birthday in October of 1982.  A few weeks later, for Christmas, I got one of my very own.  Both of these jeeps were staples of our early play and were put through rugged hardships as they rode down stairs, were left in mud, crashed into walls and were hit by enemy fire resulting in them being turned upside down when they exploded.  In short, they had a great early life.  But, my brother's VAMP was all but destroyed by 1984.  Mine had fared better since it spent most of the first of 1983 being neglected as I focused on Star Wars toys.  But, even it was showing signs of wear from heavy play.  But, more importantly, the VAMP was old.  It had been part of Joe since there was Joe.

As soon as I first saw the 1984 Joe catalog, I began a quest to acquire all the toys that were showcased therein.  While I had a decent income from mowing lawns, I was not about to blow my entire summer earnings on toys when I had an alternative.  My grandmother was always up for spoiling me and I knew she'd be a great source of toys as the year went on.  In the late spring, my family drove to Champaign, Illinois to visit some of my father's relatives.  My grandmother would be there, too.  The day was very sunny and hot for so early in the year.  I recall this as I tried to play out in the driveway with my '84 Firefly and couple other figures.  But, quickly found it uncomfortably warm and there was no shade available that availed itself to play.  So, I spent the rest of trip sitting near the adults as they talked, bored out of my mind.  Before we started the long drive home, though, my grandmother asked me if there were any toys I wanted.  But, as I didn't actually own a 1984 Joe catalog, yet, I had to go by memory.  And, in the spur of the moment, I could only recall the VAMP Mark II.  She dutifully wrote this down and we parted ways.

As summer started, though, the lawn mowing money was coming in frequently.  On one sojourn to the local Children's Palace, I found the VAMP Mark II.  With funds to acquire it handy, I splurged on the jeep and added it to my collection.  With the VAMP Mark II in hand, though, I quickly learned that it had some limitations to go along with the enhancements that were such a selling point.  The newly added doors and roof were great.  But, they also hindered figure movement and play.  I loved having a figure holding an Uzi out of the window as the VAMP went into battle.  But, it was also a hassle getting that figure into the fray when the time came for him to leave the vehicle.  I always used the hood pack as survival gear for the VAMP crew, which was a welcome addition over the original VAMP.  And, the crew having water cans from which they could drink was another realistic detail that I enjoyed.

What I didn't enjoy was that the vehicle had no guns.  As with the Wolverine, I found the VAMP Mark II's missile launcher limiting.  It had four shots in battle and was then spent.  I tried in vain to affix the VAMP cannon to the back, but couldn't reconcile the green gun mount on the tan jeep.  (I later put the VAMP Mark II doors and roof on the original VAMP.  But, the roof is higher than the resting point of the VAMP gun.  So, the guns were always shooting above the advancing infantry, rendering the roof useless.)  Plus, the VAMP Mark II didn't seem as sturdy as the VAMP.  While my VAMP had suffered some beating, the VAMP Mark II broke very quickly once it was in our home.  The roll bars snapped and it just didn't seem up to the challenges of rolling down concrete stairs like the original VAMP had done.  The missile launcher tan that held it onto the body quickly frayed and would not stay in.  The original VAMP gun had been removed many times and was in fine shape.  But the launcher fell apart quickly.  In the end, I took the VAMP Mark II chassis and put it under the original VAMP body.  This way, I got the updated cockpit on the better colored and armed VAMP.

But, even with this, the reality of the VAMP Mark II destroyed the idealistic notions of what the vehicle could have been.  I have few memories of using it and the jeep was mostly just a quickly destroyed weapon when Cobra would attack my Joe base.  As years went on the shell of VAMP Mark II would appear from time to time.  My youngest brother cut the back of the top of the body off.  He could then place it on the frame to appear solid.  But, he would hide a figure or gear in the jeep's "trunk".  This configuration, sans missile launcher, would be used for smuggling or criminals.  This was the fate of the toys that simply didn't live up to their expectations.

As a collector, though, these childhood limitations are things of the past.  I no longer run VAMPs down stairs or crash them into walls.  I'll put figures in and place them on display or even use the vehicle in a photo or two.  But, that's the extent of the use any vehicle gets these days.  As such, I find the VAMP Mark II better today.  It looks cool.  And, there are many desert figures with which to pair it.  The later Desert Striker vehicle used a VAMP like body with the desert color scheme.  But, it is a substantial downgrade from the VAMP Mark II.  The highly detailed interior, weapons and classic design all make for the de facto desert vehicle for tan colored Joes.

VAMP Mark II's are quite popular and can get a little pricey.  There is a much lighter tan mail away variant, too, that commands a substantial premium.  Dealers will charge substantially higher prices for VAMP Mark II's as well.  But, you can get a high quality, complete version in the $25 - $30 range.  Sometimes, you can get them for that price with an included Clutch as well.  You'll see lots of them offered for sale in the $50 to $60 range.  And, with the blueprints, you'll see a few sell here.  But, patience can yield much lower prices.

As the VAMP Mark II is a highly popular VAMP, it is both popular with collectors and lends itself to multiples in a collection.  Being based on the original mold, the VAMP Mark II works well with all early years of Joe figures and you'll often see collectors with three or four that will be used to hold some of their favored beginning years figures.  For me, the vehicle is problematic.  It's cool.  But, my childhood disappointment with it colors my experiences.  I've learned to appreciate it more now.  But, given the choice between this version or the original, I'll add multiple originals before I'd army build the Mark II. 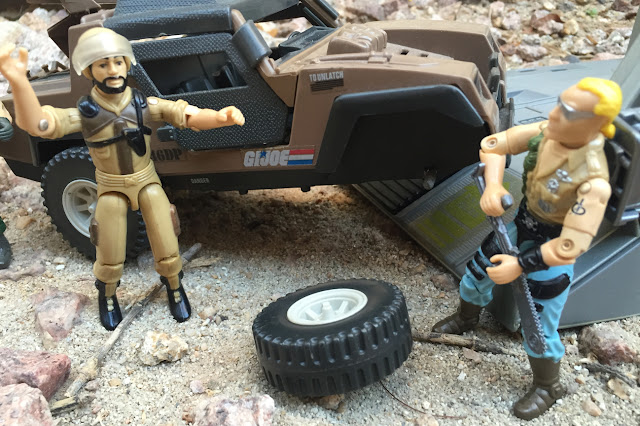 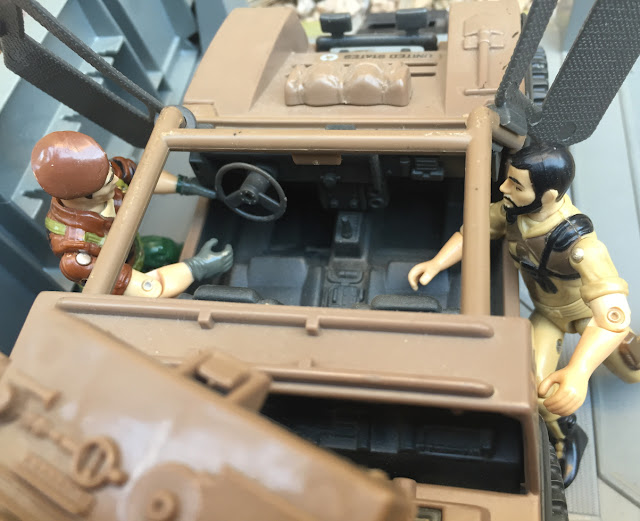 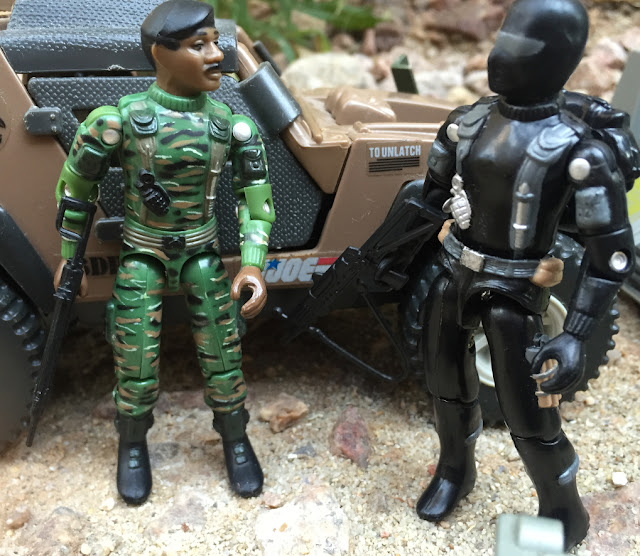 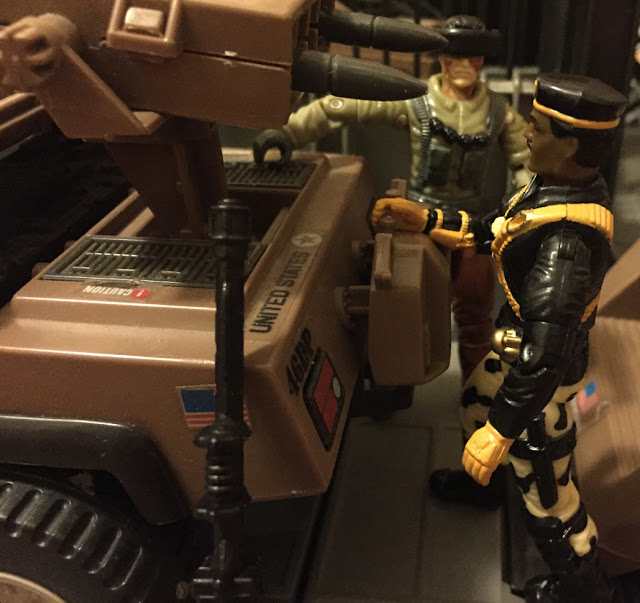 Posted by Robot_Sonic at 1:30 AM
Email ThisBlogThis!Share to TwitterShare to FacebookShare to Pinterest
Labels: 1984, Clutch, VAMP, VAMP Mark II, Vehicles