The Nullifier was originally intended as a Cobra-La character.  He retains some of the horror of that faction.  But, the figure is heavily armored and works in various capacities.  My younger brother had him and he and his AGP were around for a while.  In fact, my Hit and Run got lost in the ivy of my grandparents' back yard when I had him evading the AGP.  There's some nice content on the Nullifier out there.  Here's the best of the Nullifier from around the web.

Nulllifier at Joe A Day 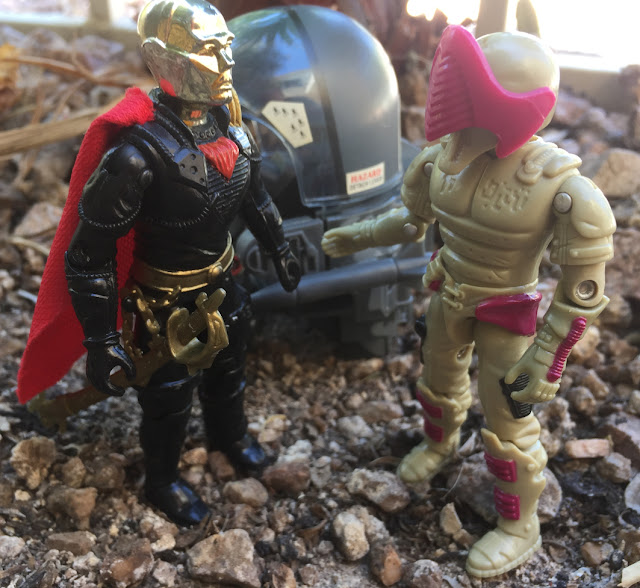 Posted by Robot_Sonic at 1:41 AM
Email ThisBlogThis!Share to TwitterShare to FacebookShare to Pinterest
Labels: 1988, Around the Web, Nullifier, Vehicle Drivers