Starduster is one of those odd figures who should not work.  But, he does.  When you sum his distinctive appearance with his rarity, though, you get one of the most expensive figures in the entire vintage line.  Had he been released in 1992, no one would care about the figure.  But, the early release year and classic construction combine to make a figure that collectors enjoy.  The character did not appear again until 2007 when he was included in a convention set.  For those who like the character and the figure's design, there was little to track down beyond hard to find and expensive variants that are, basically, the same figure.  In 2017, though, collectors were offered some new Starduster factory custom figures.  Among the rainbow of flavors of Starduster was a Tiger Force version.

This figure has a lot going on.  The black shirt is a great juxtaposition against the yellow pants.  Yes, yellow pants.  But, you don't really notice them because of the black stripes and detailed holster on the figure's legs.  The silver grenade and insignia pin give him some additional color.  The brown bandoleer and gloves, though, are a nice leathery color and provide the final color swash to the figure.  The figure works well with classic Tiger Force figures.  But, it can also be used by itself.  The black torso isn't something you saw often in the vintage Joe line and it works on this figure as it does in most of its appearances.

Starduster includes not just the jetpack, grenade launcher, helmet and visor based on the originals, but also a recolored JUMP gun and cord that connects it to the launcher.  There are some notes on the figure's gear.  First, the jetpack and gun are a deep blue color.  They aren't quite Cobra blue, though.  But, they work with the figure's colors.  The helmet is yellow with the star.  It looks great on the General figure from Red Laser's Army.  The visor is black like the original figure, but is of different plastic and easy to differentiate from an original.  The grenade launcher is somewhat controversial.  It, though, is a much shinier silver than a vintage Starduster launcher.  But, if that isn't obvious enough, the gun has a different handle from the original mold.  There really isn't any way to confuse a vintage Starduster gun from the Black Major versions and the fear around these weapons is massively overblown.

The figure is also available with both Starduster torsos.  You can get both the Duke chest and the earlier Recondo variant chest.  What's odd to me is that I find different colors of the figure to work better with different chest pieces.  For the Tiger Force variant, I prefer the Duke chest.  Things like this are completely subjective.  But, it's nice to have options for the figure construction as it gives you slightly different looks for various occasions.  The figure also has brown hair instead of the black hair from the vintage figure.  Since Starduster wears a helmet, this doesn't bother me all that much.  But, it allows you to use the figure as a different character should you so choose.

The key to this figure is that you get a way to use Starduster in different settings.  I find the earliest Joes to remain among my favorites since they formed a large part of my childhood memories.  Having a chance to add some additional characters and paint jobs in this construction style is great.  I like that so many new figures in the classic swivel head design have come out in recent years.  They allow for far more diverse set ups and have brought some remarkable new color schemes to what is actually a relatively small subset of Joe figures.  While I have found that too many repaints can make a mold stale, there are usually two or three color variants that hold my attention.  For Cobra Troopers, it is the Soldado.  For Cobra Mortal, it is the blue version.  And, for Starduster, it's this Tiger Force version.  For others, that's likely to vary.  But, for some reason, the notion of a Tiger Force Starduster resonated with me.

These Tiger Force Starduster variants remain available for original price.  You can get them between $10 and $15 depending upon how many different figures you order, how much you pay for shipping and if you take advantage of various sales and promotions.  Your mileage from this figure may vary based on the price you pay.  For me, getting a Starduster in a slightly different configuration is a fun way to add him to more photos and scenarios.  Pricing on vintage Stardusters is getting to the point where I don't want to take my original figure out for photos for fear of damage.  These factory customs help solve that dilemma and allow me to use the character in more diverse arrangements.  I can't ask for much more from a custom figure in this day and age. 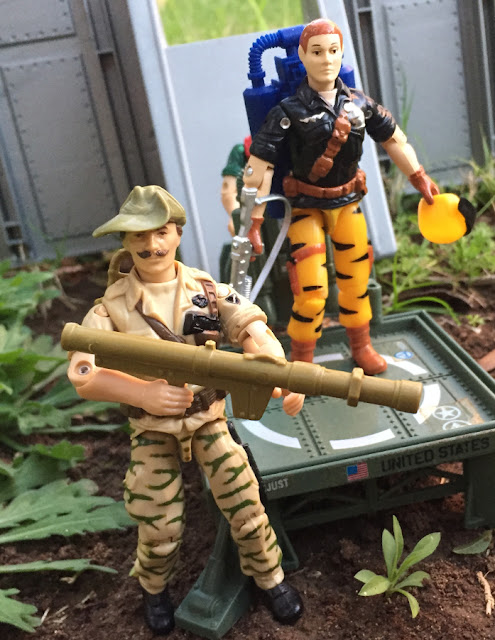 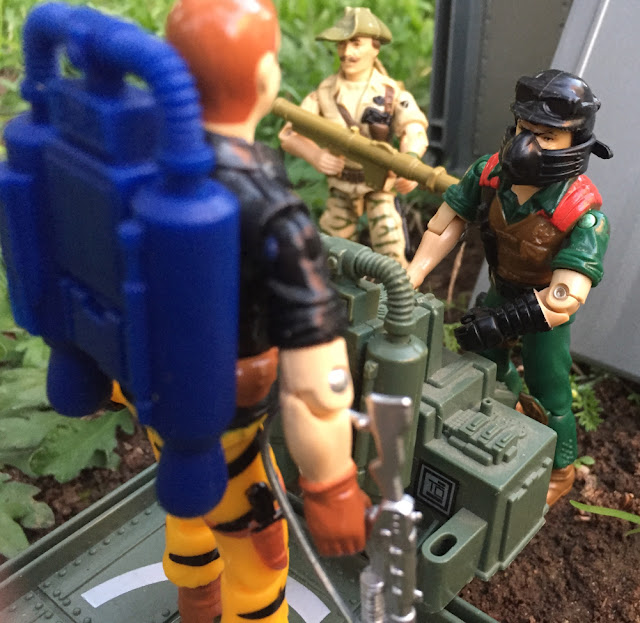 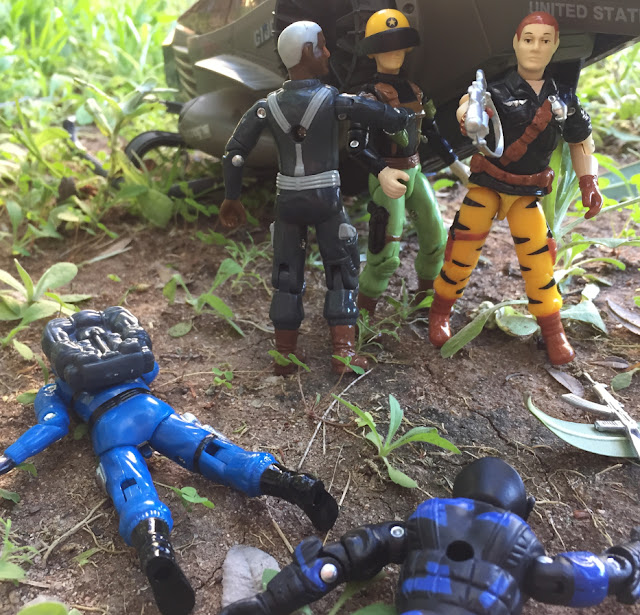