One of the most famous Funskool figures is the Super Hero figure.  A heavily Torpedo repaint with a Short Fuze head was repainted in Superman colors and given a cape.  It's meant to be Superman, but couldn't be for licensing reasons.  In the 2000's, Funskool repainted the Kenner Batman line.  If you are a collector of that line, there are Funskool variants of tons of figures in the line just like there are tons of Funskool G.I. Joe repaints.  As part of the line, though, Funskool repainted a couple of G.I. Joe vehicles as well.

The first vehicle is a repaint of the 1988 Stellar Stiletto.  (It's actually a repainted 1993 Star Fighter since it has the missile launcher.  But, po-tay-toe, po-tah-toe.)   It was released under the Batman license.  (Oddly, Funskool never released the Stiletto mold in the G.I. Joe line.)  The all black body with the silver tip is actually well done and would have made for a great repaint.  There are two major issues with the design.  First is the overload of stickers.  They detract from the look.  But, stickers can be removed.  The real issue is that the vehicle was release without a canopy.  The larger Batman figure would never fit into the cockpit with the canopy closed.  So, it was simply omitted.  The lack of canopy doomed collector interest in the U.S. when a small supply of these was offered by American dealers in the early 2000's.  Now, though, anyone could easily swap a Stiletto or Star Fighter canopy onto this body or remove the silver parts from this release and upgrade either of the American releases of the mold. 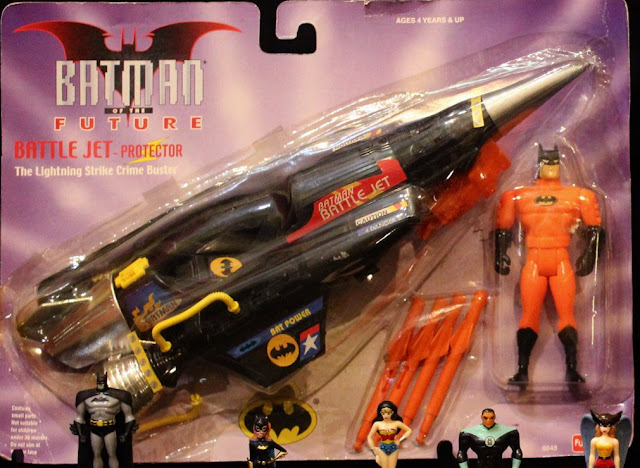 The second release is a repaint Cobra Claw.  This exclusive was released under the Superman banner.  In this case, Funskool did release a Claw in the G.I. Joe line.  But, this repaint was far more obscure and only had a small amount of them imported to the U.S. since the Claw wasn't overly popular at the time.

The artwork on the card shows a yellow body.  With Funskool, variants are always a possibility.  What's notable, though, are the silver/chrome parts of the Claw.  These would be fun ways to upgrade a U.S. Claw release.  And, the blue and red colors could be seen as Cobra themed, too. 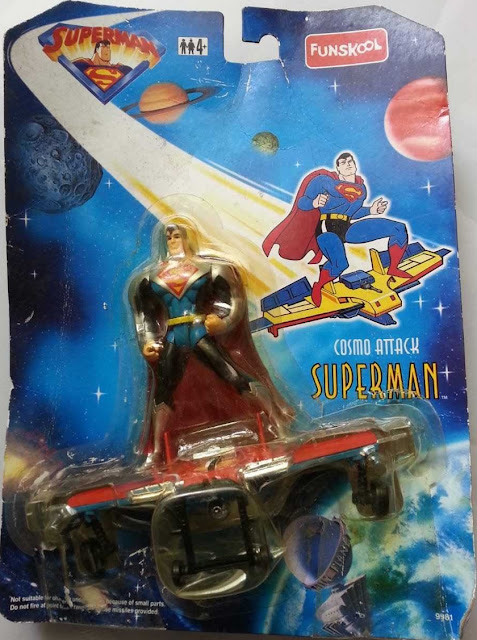 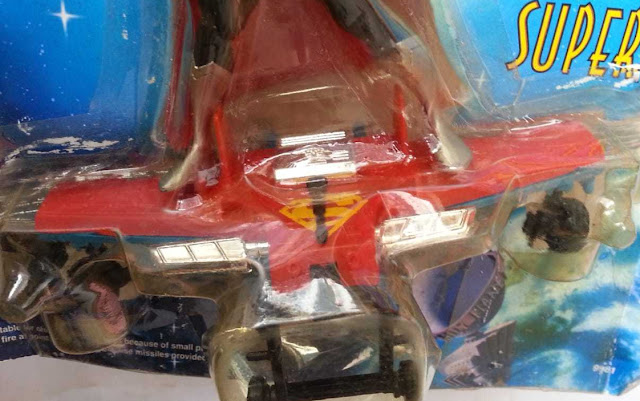 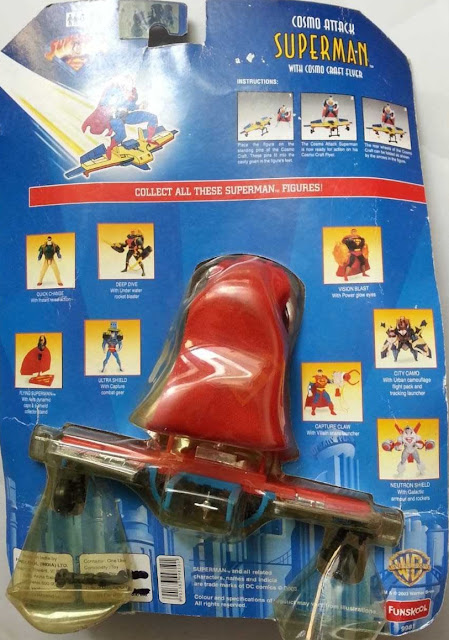 Funskool repainted G.I. Joe vehicles into many of their lines.  Super Cop, these Super Hero releases and a few other, known variants all point to Funskool using the molds as often as they could.  It's probably we'll find more Funskool re-uses of G.I. Joe molds in the future.  But, these Super Hero items are an interesting take on Joe and show a diverse cross pollination of once popular U.S. toy lines.

Posted by Robot_Sonic at 1:32 AM
Email ThisBlogThis!Share to TwitterShare to FacebookShare to Pinterest
Labels: Claw, Funskool, Rarities, Stiletto