Maltova is a chocolate drink marketed towards kids.  Funskool makes toys directed for the same market.  So, it was only natural that the two would team up for a cross promotion.  Funskool made some exclusive figures in the vein of the Calcium Sandoz figures that were either included with Maltova products or as a premium.  (Based on the ties on the packages, I lean towards them being attached to some product.)

I have no idea how many figures there might be.  Below are pics of a few of them.  Sadly, these figures have the same issues as other Funskool promotions in that they have crappy straight arms that make the otherwise exclusively terrible paint schemes less valuable for a loose collector.  But, for collectors in general, they are highly desirable and some will fetch stupidly high prices.  Each figure has a new code name included on the bio card.

Here you have a 1994 Dial Tone torso and head that are colored similarly to the Funskool release of the figure.  It looks like he has Dodger legs.  But, I didn't look them up and am going from visual memory.  So, please offer corrections in the comments.

This figure is one of the more interesting concoctions.  The figure uses the body of Cutter, but the Countdown head.  The coloring is reminiscent of both Cutter and the Funskool Grunt figure.  With swivel arms, this figure would simply be a must have.  It looks great and would be a perfect addition to either a Whale or Flagg crew.

Here's another oddball: a Quick Kick body with a Budo head.  The figure's name starts with Karate, but I can't see the rest.  I've never seen a Quick Kick custom using the Budo head and the design is kind of ingenious.  I'd easily buy this figure (if he had swivel arms) and I hate Quick Kick.  Sometimes, though, you strike gold. 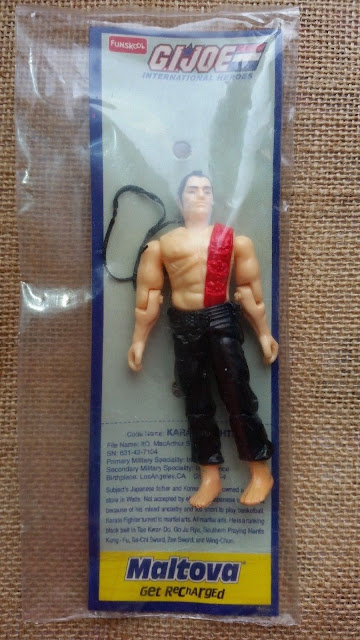 The colors here are just iconic Funskool.  You have a Red Blocker head with an orange Psyche Out chest.  I'm not sure about the legs.  But, the whole ensemble is a great way to enjoy Funskool. 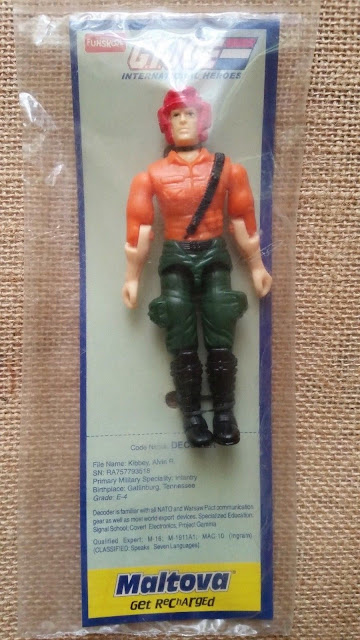 This is probably the least interesting figure since it's a barely painted Croc Master.  Every other Croc Master release is better.  So, this figure would be an easy pass. 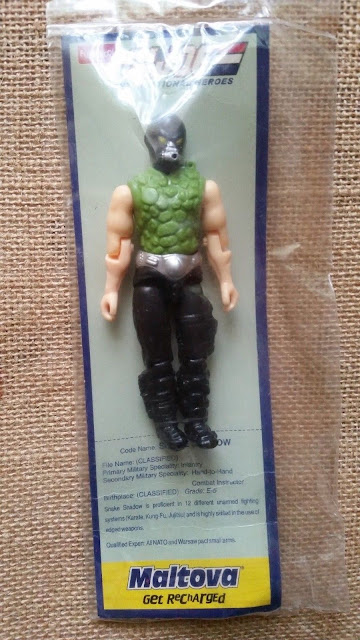 Looks like Budo was a cheap mold to get into production.  This version isn't painted much at all, even though the colors of the base plastic are decent.  But, again, the production figures are better and this guy's value is as an oddity. 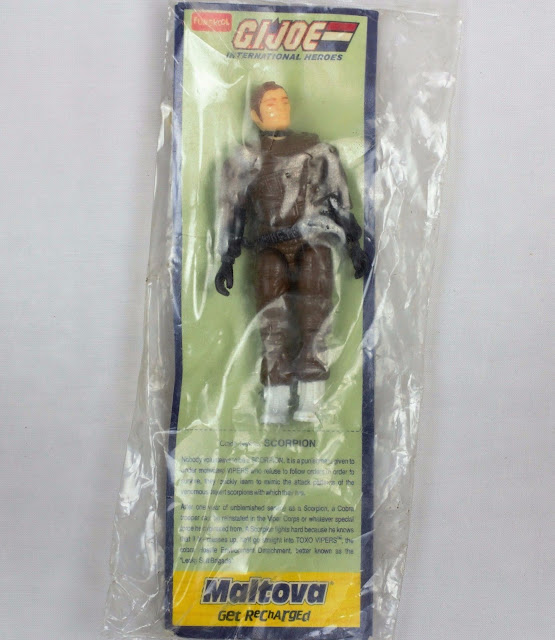 With all things Funskool, it's probable there are more variants out there.  But, all of these promotional figures are interesting looks at Funskool's attempts to entice new customers through other products.  Hasbro rarely did this in the Joe line.  But, they did go it.  And, Star Wars had an exclusive figure available with Fruit Loops cereal as recently as 1996.  So, there is ample precedent for such cross promotion.

As a kid, my parents weren't too keen on tie ins if they were with brands that they did not, normally, buy.  But, I ate a ton of Fruit Loops in 1996 to get a couple of the Han Stormtroopers.  And, were even poorly articulated figures like these released as promotional items in the U.S., I'd most likely buy enough to get a full set.  But, that's what collectors do.