In 2002, collectors were army builder crazy.  They were desperate for any new figure that could be army built in any capacity.  Early in that year, Hasbro repainted a 1994 Ice Cream Soldier and released him as a new Cobra named the Shock Viper.  But, that figure saw a truncated release and was only available online.  Collectors were only able to get three to six of that version.  Hasbro attempted to rectify this situation by releasing a different version of the Shock Viper to retail at the end of 2002.

At the 2002 convention, Hasbro showcased their planned Shock Viper that would debut at the end of 2002.  This version lacked the purple and red of the original and replaced it with a nice grey color.  Grey Cobras are pretty rare in the line.  So, seeing the figure was a visual treat.  You will note the copper highlights on the hand painted sample that carried over to to the production figure.

For some reason, though, this grey color scheme was abandoned.  It was replaced with a burnt orange Shock Viper that's odd and not all that useful.  He was only packed one per case upon his release, which helped to offset the poor design of the retail figure.  This grey sample would have been a far superior color scheme and one that collectors would hold in higher esteem today.  Hasbro never commented as to why the change occurred and the Shock Viper mold would not appear again until 2007 when it was used on the Lt. Clay Moore figure.  This grey Shock Viper would have been a cool addition to a later retail release.  But, it remains an interesting insight into some of the concepts that were planned but didn't make it to retail in the early 2000's. 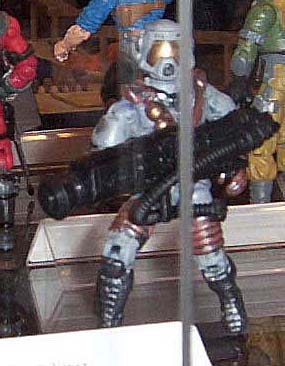 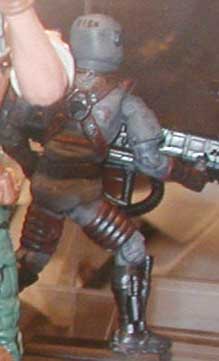 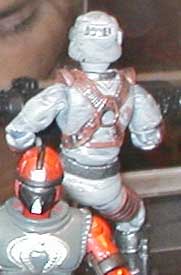 Posted by Robot_Sonic at 2:15 AM
Email ThisBlogThis!Share to TwitterShare to FacebookShare to Pinterest
Labels: 2002, Rarities, Shock Viper, Unproduced