The 1997 Stalker figure is probably the best 1997 repaint.  And, he's one of the best repaints of the entire 1997-2006 era.  The deeper green color, more complex cammo pattern and additional paint applications all add up to a figure that's better than the original.  There was a lot of consternation over his black beret back in the 1990's.  But, really, it looks better with the rest of the figure than a green beret would.  The softer plastic also means this guy's thumbs, crotch and heels won't snap if you touch them.  This guy's now way older than 1983 Stalker's were when this 1997 figure debuted.  I still hold this figure, though, in the highest regard.  He's been profiled twice on the site and appears in dozens of photos.  He's just a figure that looks good. 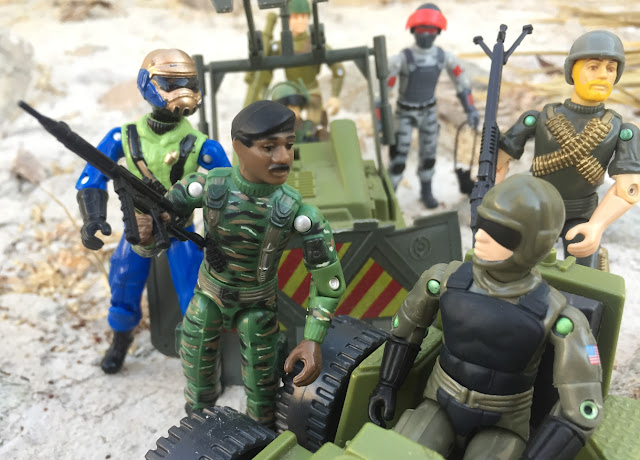 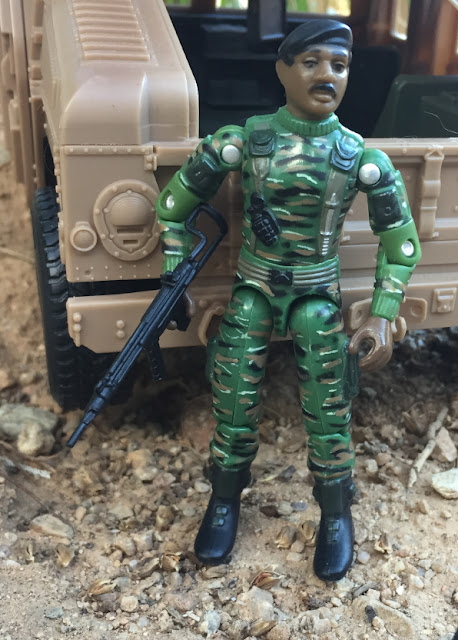 Posted by Robot_Sonic at 1:54 AM
Email ThisBlogThis!Share to TwitterShare to FacebookShare to Pinterest
Labels: 1997, Random Photos, Stalker