As a kid, I loved pilot figures.  Most of this was holdover from my obsession with Star Wars and the Rebel pilots attacking the Death Star.  The problem, though, was that the Joe pilots of the 1980's left me wanting more.  The original Ace was cool.  But, I had long lost his helmet before my mania over pilots really set in.  Slipstream simply didn't work.  And, Lift Ticket was too specific to his chopper.  I tried Airtight.  But, that didn't seem right.  What I really wanted was a pilot with a removable helmet and an air mask.  You know, like every pilot in every military movie that was produced in the 1980's.  But, it never happened during my childhood.  Only after I was long out of Joe, in 1992, did Hasbro produce the near perfect fighter pilot figure.  This figure was a version of the classic Ace character.  But, it had the removable helmet, flight suit and air mask that I had always wanted as a kid.  I felt I missed out on a figure that would have driven a large part of my childhood adventures.  But, I was also grateful that the 1992 Ace existed.  In 1997, Hasbro resurrected the mold, painted it in a more drab color scheme and offered the 1997 Ace, one of their best pilot figures ever created.

This 1997 Ace is nicely colored but also somewhat lacking.  In 1992, neither Ace's chest details nor the overall straps were painted.  In 1993, Ace was given an upgrade.  Here, his flashlight and pouches were painted to showcase the details on his chest.  But, the overall straps were left the same color as the rest of the figure.  This 1997 figure finally paints the shoulder straps and buckles.  It's a great detail that helps break up the color on the top of the figure's torso.  But, the chest details are left unpainted.  The perfect Ace would have had both the straps and chest gear highlighted.  So, the figure is still imperfect.  And, it seems like a waste to make new paint masks for the straps and buckles but not use the 1993 chest details, too.

The main difference between the 1993 Ace and this 1997 figure is the color of the green used as his body base.  The 1997 figure is far more brown and drab.  He's dark enough that the green highlights tend to be lost.  The 1993 figure is much more vibrant and visually distinctive.  While the photos below show the color contrasts on the 1997 Ace figure, they do tend to be more muted when looked at in less than ideal light.  The biggest issue with the figure is that, with his helmet on, he loses the contrast of his skin and hair color.  The helmet is just one color with no paint.  As it matches Ace's body color, the figure blends together into a brownish green mass.  Were the goggles painted (as they were on every other release of the helmet), this figure would appear far more distinctive when the helmet is worn.

Ace's gear is OK.  Gone is the sidearm that was a selling point of the 1992 and 1993 figure.  One odd point about this Ace is that his air mask pretty much always has white stress marks on the plastic.  This is a relic of how the figure was packaged.  But, finding a real 1997 mask with no stress marks is difficult...if not impossible.  Ace's helmet was not painted at all.  The 1992 and 1993 figures featured painted goggles and helped make the helmet a selling point of the figure.  With this 1997 helmet on, Ace appears unfinished.  Having goggles the same brown as the rest of the helmet seems cheap.  And, it makes it so this Ace actually looks better without his helmet than with it.

Back in 1997, I was blase about the newly released Joes.  I first found them in December of that year.  But, at the time, Hasbro's Star Wars line was in its full glory.  New figures were showing up every six weeks or so.  And, as 1997 turned to 1998, Hasbro improved the quality of their Star Wars sculpts, fixed many availability issues and offered collectors characters and outfits that had never before been imagined.  So, when it came time to divvy up my collecting dollars, Star Wars got the bulk of them.  The 1997 Joes seemed expensive since you could get vintage versions of the toys and figures for the same or, in some cases, even lower than retail prices.  There was no reason to drop $25 for a retail Thunderbolt with Ace and Hawk when I could spend the same money and get a vintage Rattler: often with Wild Weasel and maybe a gunner.

At the time, though, 1992 and 1993 Ace figures weren't easy to find.  (The 1992 figure would become ubiquitous in 1999, though, after the Hasbro Canada find put tons of bagged versions into circulation.)  Despite that, the repainted figure wasn't enough of an enticement for me to buy a Thunderbolt.  As the 1992 and 1993 figures entered into my collection, my need for a 1997 diminished.  I did acquire one, though, as part of a lot in early 2001.  Once in hand, I warmed to the Ace figure.  While it wasn't as good as the 1993, it was good to have a version that was close enough and featured the softer plastic of the 1997 releases.

From there, the 1997 figure slowly became an army builder.  Ace flew my A-10 for a while.  But, his ideal home was among the smaller aircraft that joined my collection in the 1990's.  Here, Ace found himself at the helm of underwhelming planes.  But, it was these types of flying machines that defined my childhood more than something like the Skystriker.  So, it was a place of importance for the figure.  In the years since, though, this figure has taken a backseat to the 1993 Ace.  I like the brighter colors better and just find it a better figure for photography than this 1997 release.  But, just because a mold has a better color scheme doesn't mean the current one is bad.  And, that's the case with this 1997 figure.  He can be the best Ace in a collection but still not the best Ace figure available.

This Ace sculpt debuted in 1992.  It was quickly repainted in 1993.  In 1995, the body mold appeared on the Street Fighter Movie Paratrooper Guile figure.  This orange and green figure included a new head, but did feature the standard helmet and mask.  This 1997 was the final full usage of the mold.  In 2003, though, Hasbro produced a Slipstream figure that used a new head and a modified Ace body mold.  The coloring was solid.  But, the head was terrible and the modifications to the figure's body rendered future offerings of Ace moot.  This is too bad as the figure would have used a 1983 color scheme update, and still had life for a Sky Patrol or Night Force paint job, too.

1997 Aces are an odd duck to price.  Too many of them sell for $50+ from various dealers.  Many non-Joe specific dealers, mistake the figure for something undesirable and sell him cheaper.  You have to be quick, though.  Left to his own devices, a mint and complete 1997 Ace runs between $20 and $25.  That's more than double his packmate of the 1997 Hawk: showing Ace's popularity since that Hawk is a nicely done figure, too.  But, seeing as how 1993 Aces (the best use of the mold) are now $35 figures and even the 1992 figure scratches $30, this is the cheapest alternative collectors have for this Ace mold.  And, that's really too bad as this figure sculpt is amazing and every collector should have a shot at it. 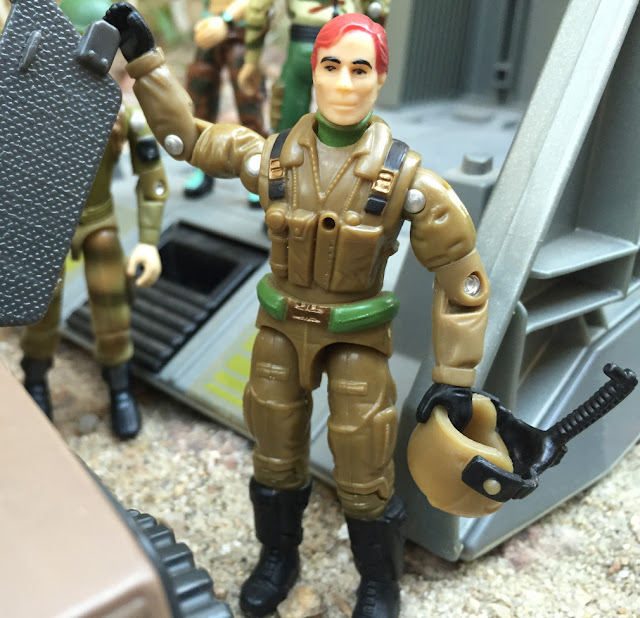 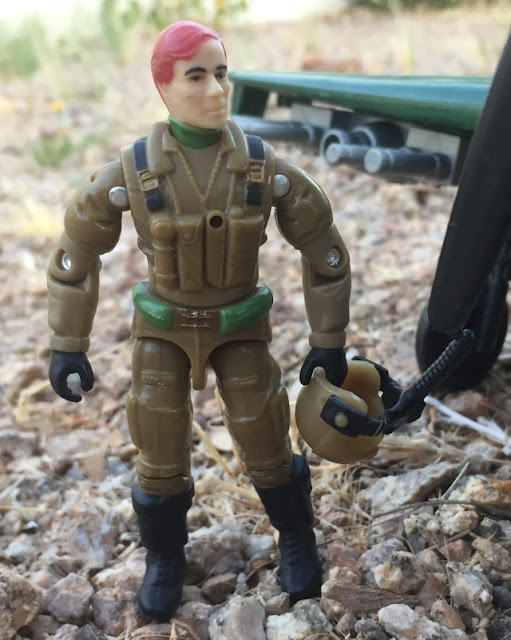 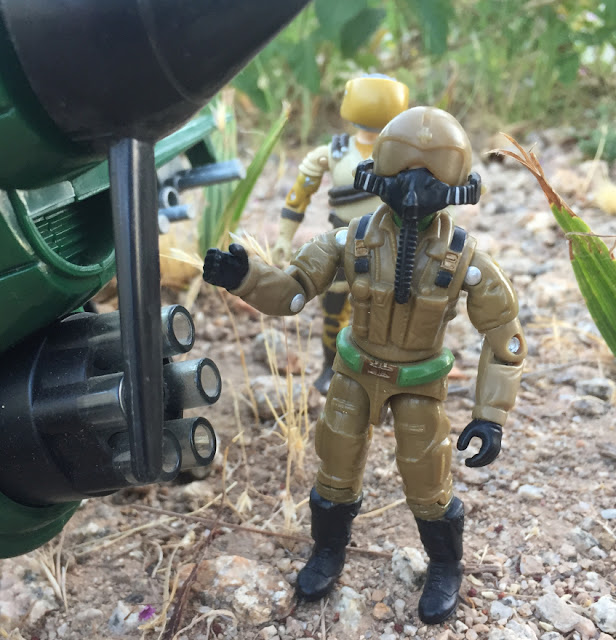 Posted by Robot_Sonic at 1:01 AM
Email ThisBlogThis!Share to TwitterShare to FacebookShare to Pinterest
Labels: 1997, Ace, Retailer Exclusive, Vehicle Drivers