1987 is an interesting year for Joes. It's full of many good figures on the Joe side, but contains many of the worst Cobras ever released. 1987, though, was a year of originality for the Joes. While we got a few carbon copy rehashes, they also released a nice group of figures like Fastdraw who were very original, came with lots of accessories, and are still very cool figures. 1987 is widely regarded as the transition year for Joe. With the inclusion of more science fiction and fantasy elements, Joe was maturing past its traditional military roots. While many don't agree with the direction the line took, the journey was what made this the most successful toy line ever. The concept remained fresh for 13 years. That's more than just about any other toy concept can say.

Fastdraw is a very common figure. The reason I make that statement is because everyone I knew back in 1987 had one. If you only had one figure from that year, it was Fastdraw. It must be something about the missile launchers and a body covered in armor that really drew people. He has a nice color scheme that nicely blends all parts of the figure. Of course, the coup de jour is the face mask. Had this figure been release only two years earlier, he would have come with a solidly molded head. Talk about boring! The flip down face mask was a welcome change for the joe line and lead to the many great innovations that would grace the line until the bitter end.

For me, Fastdraw isn't all that much fun with his missile rack. I have one set up for display since he looks so cool, but don't even know if I have the packs for all my others. All I care about is the face mask. If I have that, then the figure is usable. And use them I do: as gunners for just about every stationary, and mounted gun that has its own seat or stand. The heavy armor and nice mask allow this guy to be a nameless, faceless minion who mans the gunnery stations, ready for air or ground assault. Often times, those gun positions are the first things to go, so the gunner would, naturally, have to wear protective armor. With this use, Fastdraw has become vital to my collection. He mans my headquarters, tactical battle platform, howitzers, Whirlwind cannons, and just about every other type of gun you can imagine. I've often said that I like uniformity in my ranks. With several Fastdraws, I'm able to achieve that.

Fastdraws are not hard to find. I buy many large lots of Joes and have about 8 of him. He was a very popular figure in his day since he was so unique and had the cool accessories. Finding him now isn't hard. What is hard, though, is finding him complete. While the face mask, pack, and missiles aren't too tough, the launcher handles can pose a problem. Usually, though, even at least one of those is present. What is really hard to find is the little blue hose that connects from his pack to his helmet. I have one that is in good condition, but have three with broken tabs. The blue hoses, like the Eels breather hose, are very brittle. As such, mint, complete Fastdraws pull a slight premium. Since the figure is so ubiquitous, though, that premium is still very small. He is an easy figure to acquire and I still get them as long as he at least has the facemask. Without that, the figure isn't even good for custom fodder. As I have been acquiring many old vehicles lately, though, this guy has proven valuable to me. He looks good in dioramas and is a nice addition to many displays. As more people discover this guy, expect to see the huge supply of Fastdraws diminish. It will be a shame when that happens, though, as this is a figure that really should be a part of every collection.

Fastdraw is cool, but I have way too many of him. I do, though, use about half of the ones I have. What's your opinion of this figure? Let me know. 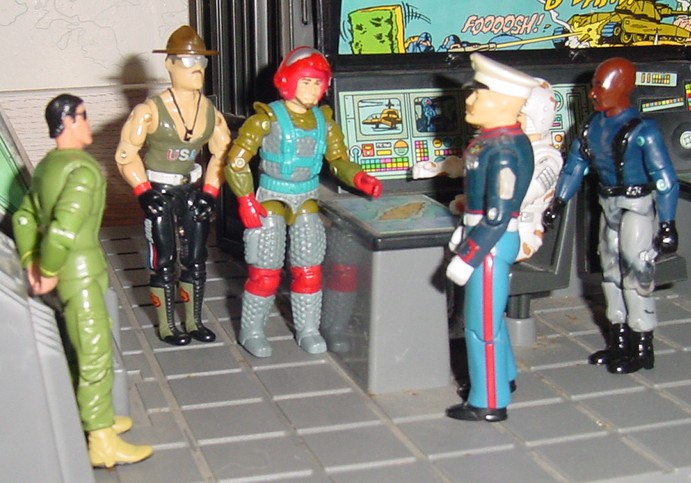 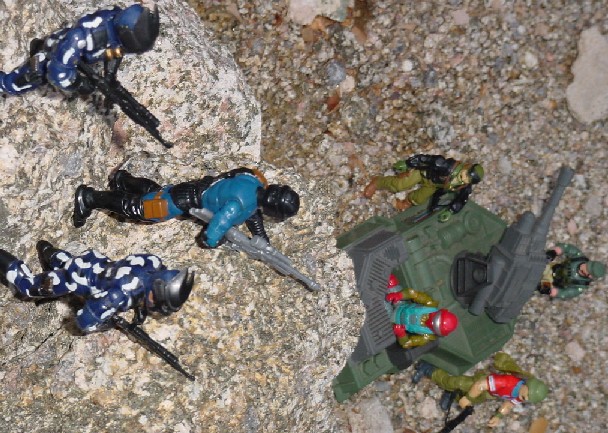 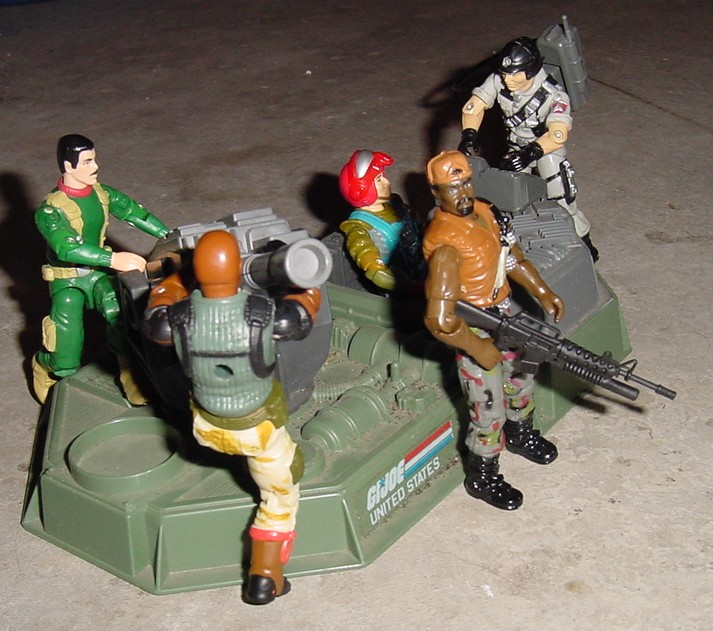 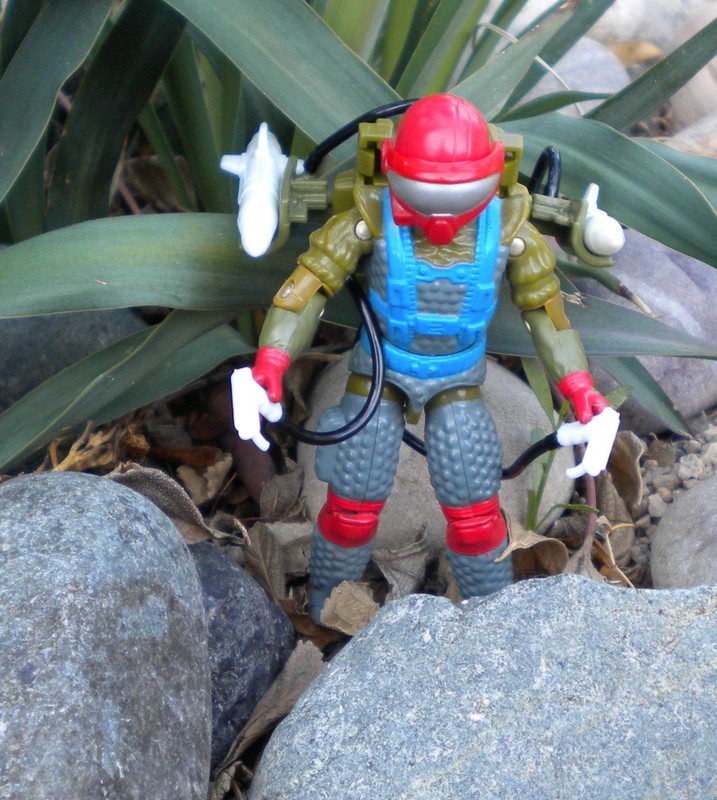 Posted by Robot_Sonic at 1:00 AM
Email ThisBlogThis!Share to TwitterShare to FacebookShare to Pinterest
Labels: 1987, Fast Draw, Fastdraw