Back around Christmastime in 1994, I went to a Toys R Us. While, today, this is a fairly common practice, back then I rarely went to any toy stores. I was after a couple of Joe figures, though I didn't know who I wanted. When I got there, there were so many figures from which to choose that I had a very difficult time deciding which figures to buy. While I don't recall exactly who I purchased, one of the figure sets on which I passed was the 30th Anniversary Set. The figures were very cool and came with some awesome accessories. I figured, though, that I would be able to get these guys some time after the holidays. Here we are six years later and I have just added the first 30th Anniversary figure to my collection: the Action Sailor.

I guess it's the striking nature of orange that makes me like figures cast in it. I still dig the Nitro Viper and the 1994 Star Brigade Roadblock remains one of my all time favorite figures. The Action Sailor is no exception. The orange diving suit is very cool. At first, I didn't think I would like this guy. I mean, he's got bare feet. Once I got all his accessories on him, though, this guy is just awesome! His only flaw is the spear gun. Had he come with a better weapon, I think he would have been perfect. Still, though, the weapon he comes with works very well, though it does lack in some detail. His sled (not pictured) is bulky, though it could be fun. It is his pack and air hose, though, that are spectacular. The pack snaps together. (An interesting feature that could allow for someone to put baking soda into it and achieve an Man-O-War type of effect with the figure.) His air hose then plugs into his face and attaches to the pack. The overall effect is very cool and makes this guy a better looking diver figure than most of the other Joes.

Currently, this guy is another member of my search and rescue corps. When I get the other version of him that is cast in black, he'll be a member of my combat diving corps. (This orange Action Sailor, as well as a differently colored Action Pilot came with the 30th Anniversary boxed set of 5 figures. The black Action Sailor came in his own box, by himself.) This is a figure that is a lot of fun to use. Next summer, I see him spending a great amount of time in the pool. His look may be dated, especially when compared to figures like the '94 Shipwreck or the '85 Eel, but he is a cool figure. This guy got the attention to detail that was heavily lacking in the line's final years.

All of the "Action Series" figures aren't too often seen in discussions about Joe. The Soldier and Marine are staples in many people's collections, though. All of the "Action Series" figures were relatively nameless. This allows for you to use all five of the different molds as faceless legions who battle Cobra. While I've said that I use figures like Recoil, Salvo, Dusty, and many others as Joe army builders, the "Action Series" figures allow just about everyone, regardless of how strictly they adhere to any particular Joe "canon", to have some Joe cannon fodder as well. I think that is the primary use any of these guys see. They make excellent nameless soldiers who can be sacrificed to Cobra without worrying about destroying an established Joe character.

Action Sailors are kind of difficult to find. That statement, though, only applies to loose specimens. You can find boxed 30th Anniversary sets, as well as individually boxed figures very easily. I guess speculators and dealers snatched up tons of these guys in expectation that they would become a valuable collectible. Here we are, years later, and those boxed figures still sell for very close to what they originally cost at retail. Since these guys lack the personalities that made Joe as popular as it is, I think collector interest is low. Most hard core collectors have at least a boxed set in their possession and don't want any more. As such, it allows you to still pick up mint, complete figures in new boxes for relatively cheap. While I have yet to start building armies with this figure, I easily see me adding one or two more next year. I've decided that one of my 2001 Collecting Goals will be to add loose, mint, complete specimens of all five 30th Anniversary figures to my collection. It shouldn't be a difficult task, but these figures should be very fun to have. Using the Action Sailor as a starting point seems to illustrate that this will certainly be the case.

I would like additional Action Sailors, be they version 1 or version 2. If you've got some you want to part with, email me. 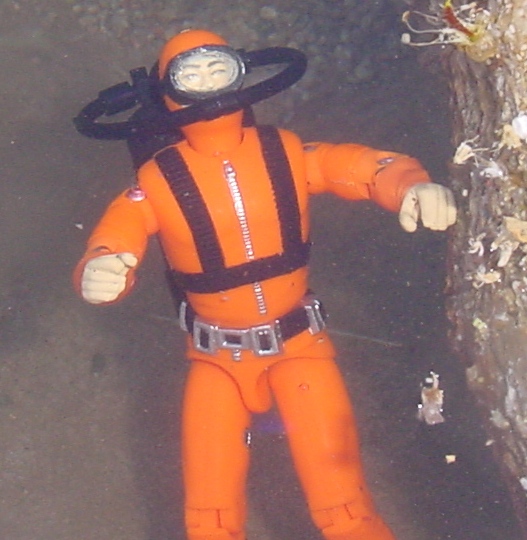 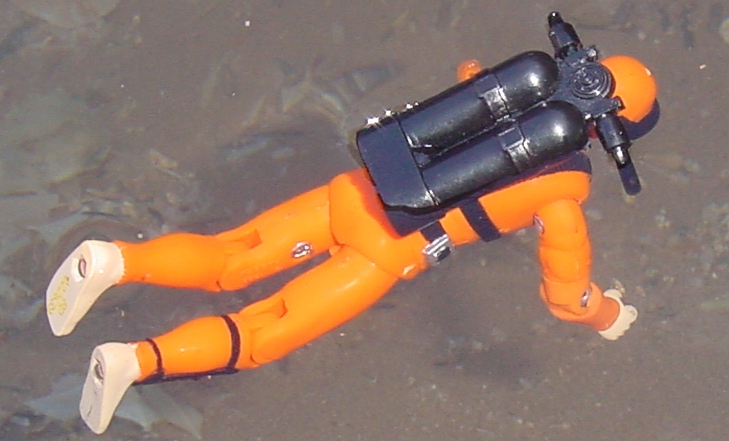 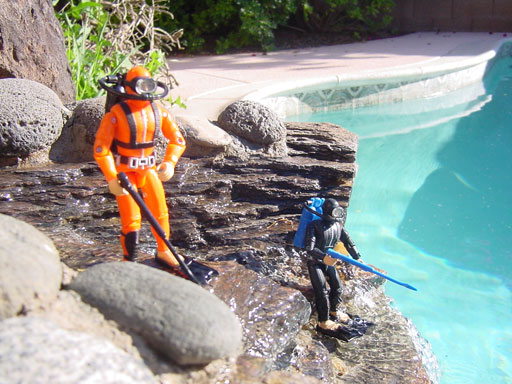 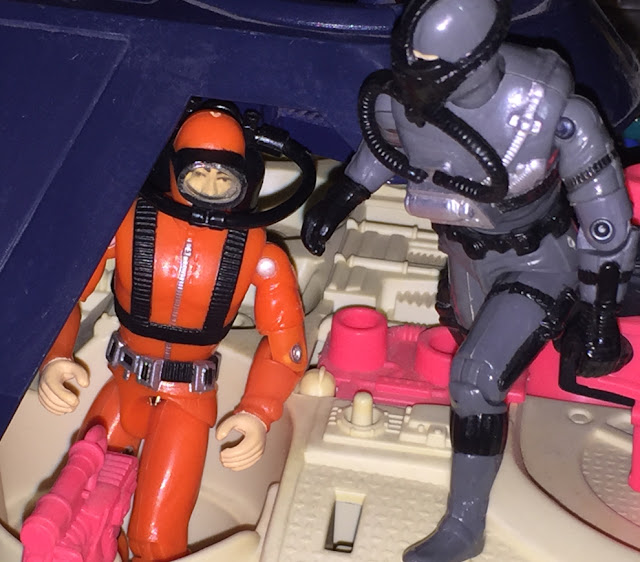 Posted by Robot_Sonic at 12:00 AM
Email ThisBlogThis!Share to TwitterShare to FacebookShare to Pinterest
Labels: 1994, 25th Anniversary, Action Sailor