A couple of months ago, the first pictures of the series 2 Joes were released. The pics I saw, though, were a bit grainy and it was difficult to make out much of any of the figures. I knew that Big Ben and Whiteout would be white, I knew that the new Major Bludd would be brown, that the Rock Viper would have a white face, and that Duke and Sidetrack would be dark. That was about it. I figured the six new figures would hit stores just before Christmas. Hasbro has done that in the past with their Star Wars and I didn't expect Joe to be any different. Sure enough, about three days before Christmas, someone posted to the Joe newsgroup that they had found the new figures at a Target store. As Target has also been getting in tons of Star Wars figures that I didn't have, I hit a number of Targets on the 23rd and 24th of December. Of course, I had no luck finding the new Joes. Come Christmas morning, though, I got quite a shock. My fiancee handed me a package that I knew was a Joe 2 pack. This didn't come as a surprise as I had been with her when she bought me Firefly/Undertow, Tomahawk/Dialtone, and Dusty/Law packs that would be my Christmas gift. I opened the pack up, trying to figure why she had given me this one first when I knew what it was. Well, it wasn't any of the above three mentioned packs, it was a Big Ben/Whiteout! I opened 4 more presents just like the first and found 2 more Big Ben/Whiteout packs as well as a Major Bludd/Rock Viper pack. The final one I opened, though, turned out to be the pack I liked the best: Duke and Sidetrack.

I've been looking forward to all six new Joes probably more than I had the original 10. When I got Sidetrack, though, he really stood out to me. I've always liked the Ambush mold and was going to profile him here as soon as I got one that was complete. After I saw the Sidetrack pictures, though, I decided to wait and see what Sidetrack looked like. Now, I'm very glad I waited. The color scheme on this figure is its most notable feature. This guy looks like a soldier. The drab greens and black really work when subtly blended over the entire mold. This is the type of color scheme that causes you to remember Joe's original, military roots.

Of course, the best part of this figure, though, is his accessories. The webbing, along with the awesome gun and pack and poles are a neat feature that harks back to the last year where Joe figures were highly accessorized. One of the reasons why I had wanted a complete, original Ambush figure was because of the cool accessories. I have managed to get one, only without the secondary webbing that fits around the figure's head. Now, with Sidetrack, I don't have that problem. I've wanted this guy to be a bounty hunter of some sort, since the webbing looks like nets and this guy looks like someone who would be out trapping people. I think that will remain Sidetrack's primary use. He may see some time as a solitary soldier, but he just doesn't work in that capacity for me. As I've only had him a week, we'll see into what he evolves.

While I really like the color scheme on Duke and Sidetrack, I need to take a step back and offer something else. I really don't want any more figures colored this way. The pics of the upcoming 2001 Pathfinder show him similarly colored. Frankly, that's enough. While this color scheme really works and creates fun figures from old molds, it can quickly get overdone so that all the figures look the same. When I profiled the Night Force Repeater, I said that I would like to see 2 new Joes done in Night Force like color schemes, but did not want to see a whole new subset that has 10-14 of the same colored figures. The same holds here. I don't know who, or what, series III has in store for us, but I would like for Hasbro to keep going into new territory rather than reusing the same colors in each new batch of figures. There are literally hundreds of Joe figures that worked throughout the line's history. While colors like Sidetrack's are excellent, I want Hasbro to keep trying new things. I've yet to be disappointed with any of the repaints. So far, I hold ever newly released 2000 or 2001 figure in higher regard than their original molds, except for the Lamprey. Out of the figures they have released so far, that is an excellent ratio. Hopefully, it will continue well into the future.

Don't worry about this guy's availability. He will be everywhere, soon. I just got lucky in the fact that they seemed to ship these guys to the West Coast first. Being in Arizona actually paid off, this time. Besides, the guys out east got the series 1's first. It's only fair! Anyways, the initial reports seem to indicate that Big Ben/Whiteout is the pegwarmer while the Duke/Sidetrack and Bludd/Rock Viper are disappearing rather quickly. Over time, I only expect the Rock Viper to remain a hot seller. This guy is cool, but I don't want any more than the one loose one that I've already got. Still, it is a good sign when the new Joes sell out quickly. It shows there is an interest in the Joe resurgence and bodes well for the future of the line. 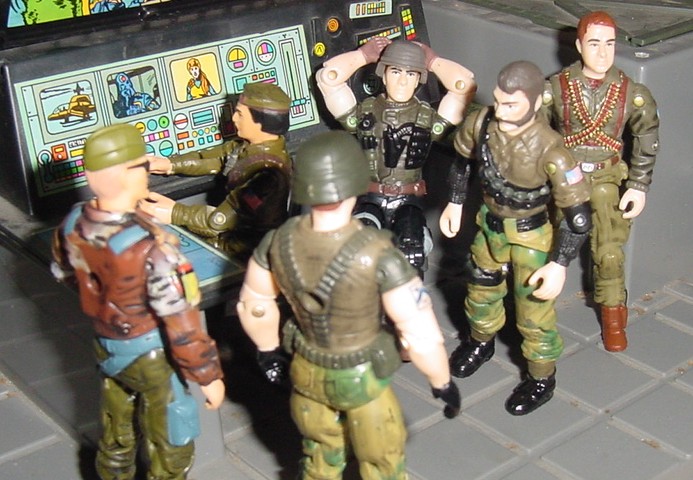 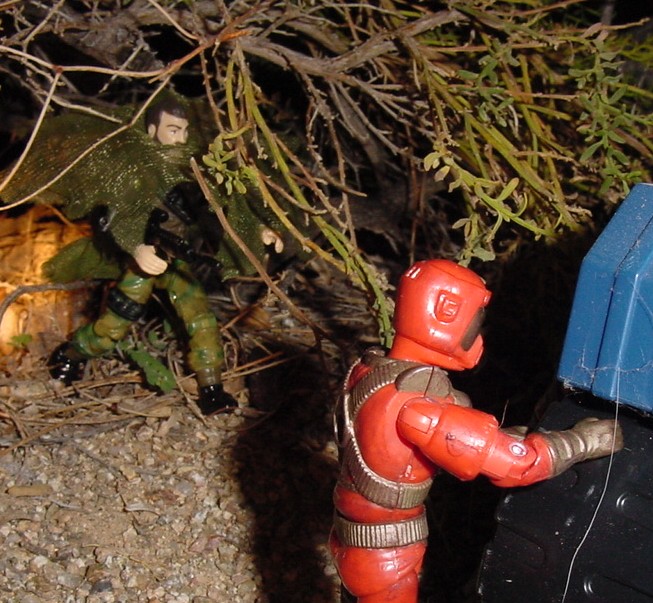 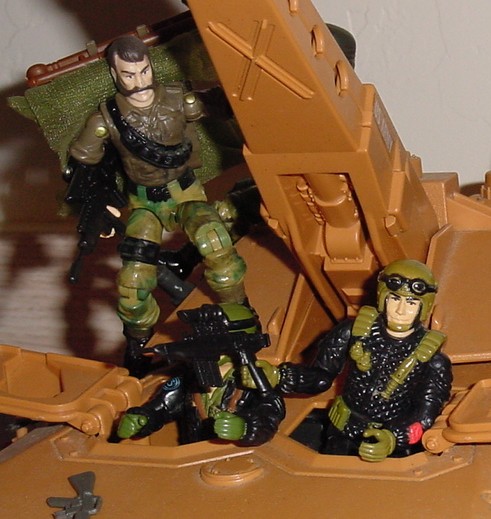 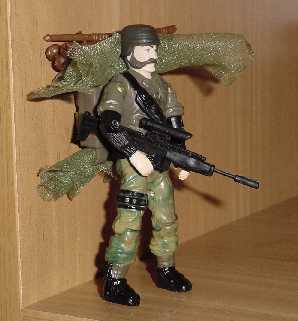 Posted by Robot_Sonic at 10:10 AM
Email ThisBlogThis!Share to TwitterShare to FacebookShare to Pinterest
Labels: 2001, ARAHC, Sidetrack