Back in 1982, Hasbro released the Mobile Missile System. This fairly unpopular towed weapon system came with a figure named Hawk. Now, were you a young child who was not privy to the comic, and who was unfamiliar with military rankings, there was really very little way for you to know that Hawk was meant to be the leader of the G.I. Joe team. Nothing was done to rectify this and the original Hawk remains an incredibly obscure and unpopular figure today. However, in 1986, Hasbro promoted the former Colonel and made him the full field general of the Joe team. In order to celebrate this promotion, Hawk was given a new uniform and was released as the figure you see below.

Personally, I was one of the few people I knew who actually had the original Hawk. Most people had the HAL Laser and their towed vehicles stopped with that. The MMS really wasn't, and isn't to this day, very cool. Nonetheless, the original Hawk found himself among my original 4 Joes (the others being Breaker, Clutch and Snake Eyes) and was highly used. He was not, though, ever the leader of my Joes. Even when I got into the comic, Hawk couldn't become the leader. The figure was too bland and simply boring for him to ever amount to anything other than the simple infantryman he was.

In 1986, though, that changed. The new Hawk figure was absolutely fantastic. He was everything the original figure was not. Once I had him, the '86 Hawk became one of the most popular figures in my collection. I had a slight problem, though. I still couldn't use this figure as the leader of my Joes. He looks like a soldier, not a general. Since I had no other figures who could fill that void, though, Hawk remained in charge of my Joes by default. At least for a while.

After I destroyed the original '86 Hawk that I had, I went out and found a small, local toy store (Ed Shrock's) that had reduced Joes to $2.99 right before the holidays. Instead of buying comics that day, I spent my money on a new General Hawk figure. While that figure is not the one you see below, he is still around, and in pretty decent shape. While this new figure did see some use as the field General, I found him too cool to be stuck in only that role. As such, shortly after I acquired this figure, Hawk became a younger, lower ranking officer who was among the Joe field troops. Basically, I put Hawk into the role that was designed for Duke. I didn't like Duke and didn't have any use for him. Hawk fit his position very nicely. I outfitted the figure with Leatherneck's M-203 and had a field trooper who was easily on par with all the other great field troops who were released in 1986 and 1987.

As Hawk was a soldier and not a leader, I had to put off the Joe leadership. I made Hawk a level above Falcon and Flint, but he was still not the end all authority. This remained a problem for some time. However, in 1992, my acquisition of General Flagg finally solved this problem. The Flagg figure looks like an old, respected soldier. For that reason, I wouldn't mind someday seeing a General Flagg repaint that is actually the character of Hawk. (However, it appears the Flagg mold is currently in use in India so I doubt we will see him repainted anytime soon. Plus, Tomahawk already came out this year and I really don't want to see another version of him until at least 2003.) This means, though, that Hawk can finally be used in a manner that I see fitting him. The subtle colors, cool helmet, and detail pack all make him look like a fighter. I think this was the goal of the figure. Rather than come up with a new character, they made Hawk back into a figure kids could use. Frankly, it was a chance that really worked.

For some reason, Hawk's aren't too tough to find. As recently as this year, I had 8 of them. For some reason, he is readily available in lots of figures from just about any year. I think he was long offered as a mail in, and that helps explain his widespread availability. However, finding one complete with his original accessories can be a bit tougher. Hawk's gun is among the smallest in the line and many later mail ins did not include it as Hawk's accessory. Even with that weapon, though, Hawk won't cost you a whole lot. Sure, he's a popular character, but this is one of those figures that everyone already has and of which they really don't need any more. Fortunately, that allows newer collectors to add the best field general figure Hasbro ever offered to their collections. He is not a figure whose purchase you will regret.

I don't need any more 1986 Hawks, but do need one of his 1997 repaints. If you have one of these available for trade, email me. 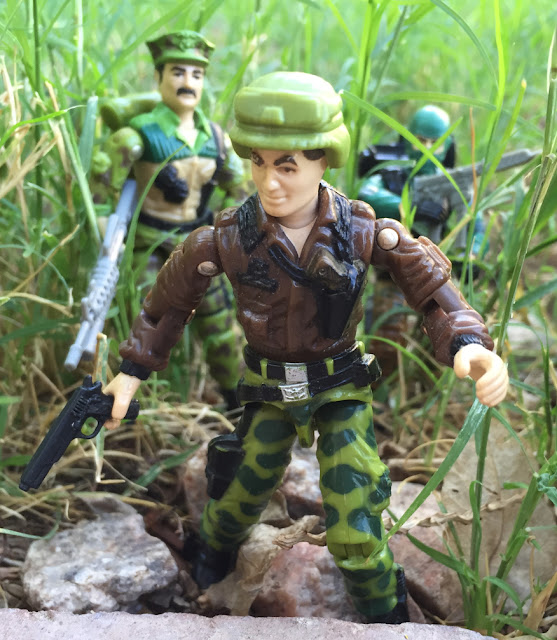 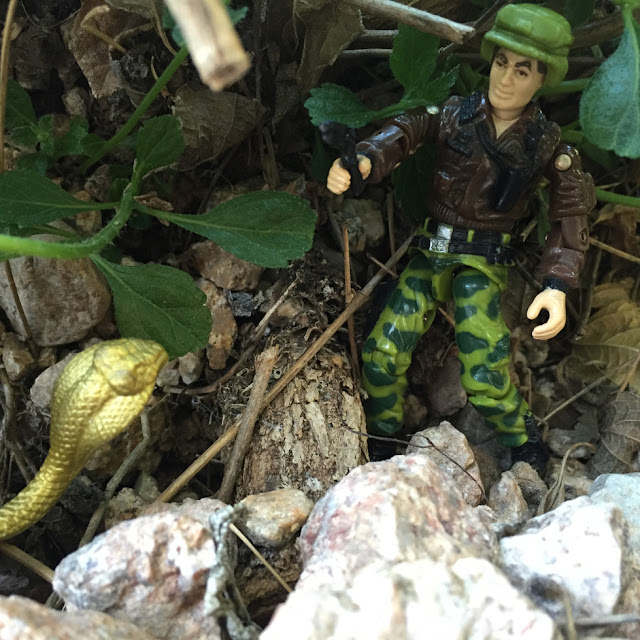 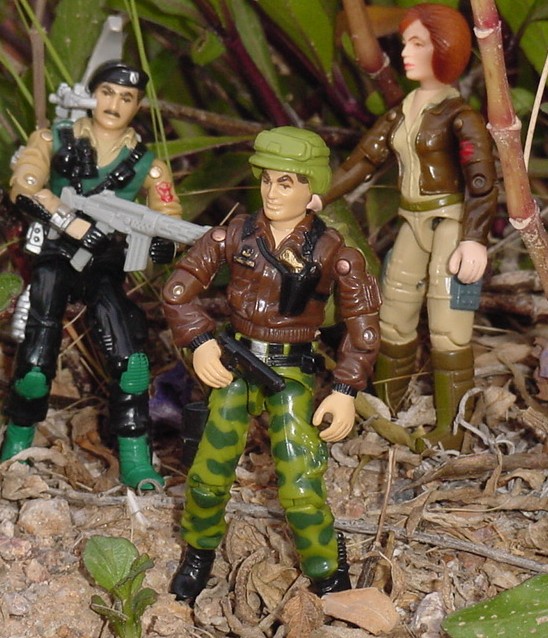 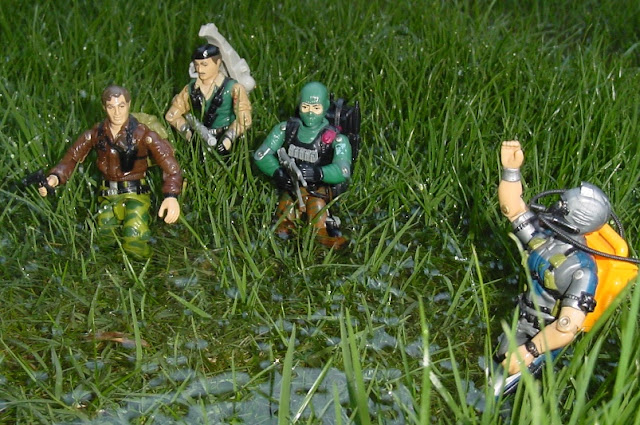 Posted by Robot_Sonic at 4:42 PM
Email ThisBlogThis!Share to TwitterShare to FacebookShare to Pinterest
Labels: 1986, General Hawk