Some time ago, during one of the frequent flare ups in the Joe newsgroup, a noted collector of foreign Joes made a statement along of the lines of, "when you grow up and get grown up tastes, foreign Joes will be of the most appeal to you as a collector". At the time, I figured no way. I hated foreign Joes and found absolutely no interest in them. At that time, though, I had about 250 unique figures and about 500 overall. Now that I've got over 450 unique figures, the few that are left in the line hold little appeal to me. That's why I have yet to acquire them. As such, there is very little out there that I really want. In my attempt to continue the expansion of my Joe collection, I've had to find new avenues in which to do so. Earlier this year, I picked up a Chinese Major Bludd. Shortly thereafter, I acquired a Tiger Force Outback. The bug had bitten me. Now, I've found myself seeking out foreign Joes. Not too long ago, I found a source for several Funskool Joes from India. Of these, Skydiver is the most unique.

Skydiver represents everything that is so wrong about non-U.S. Joes as well as everything that is right about them. His color scheme is terrible. This figure is as bad as they come. Had he been a U.S. release, this guy would knock Crystal Ball and Big Boa out of the worst action figure ever perch. Because he was only available in India, though, this guy has a mystique about him that makes the figure very cool. They would never have released this guy in the U.S. The color scheme is just too whacked. This is what makes non-U.S. figures so much fun. They use the same molds with which we are familiar, in this case it is Crazylegs and Beach Head, but color them in different ways that makes them dramatically different from their U.S. counterparts. This is what is so fun about non-U.S. Joes. They aren't in realistic military colors, but do reflect the fact that they are toys. While collectors may gripe and moan about how they don't like unrealistic figures, we have to remember that we are collecting a children's toy and that is for whom it is designed. Since that is still the case in many other countries, foreign Joes have a sort of innocence about them that makes them that more appealing.

One thing about Funskool Joes is the flimsy cardbacks upon which they come. I had heard about how flimsy the cardbacks were, but I was not prepared for when I first held a Funskool figure in my hands. I have resume paper with more tension that those cardbacks have! They are not much stronger than normal, run of the mill printer paper. I don't know how these things could ever hang on a shelf without tearing under their own weight. Because of this, finding mint cards on Funskool figures is nearly impossible. For me, though, I'm after the figure on the card. I like figures that are differently colored than their U.S. counterparts. Some of the Funskool figures have unique card art that was not available in the U.S. (The General Flagg comes to mind.) I also like these figures as they offer the Joe collector something different that not everyone is used to seeing.

Funskool Joes aren't too tough to find. There are some that are considered among the rarest Joes ever produced. As Funskool was still manufacturing Joes at least until February of 2000, though, there are others that are very easy to find. I paid $8.00 for this figure, as well as 8 other Indian exclusive figures. You do have to look, but you can find many of the Indian Joes for a very reasonable price. For this reason, I've found the Funskool Joes to be a new, interesting way to grow my Joe collection without dropping hundreds of dollars for some of the South American figures. As I've exhausted the possibilities for my American Joe collection, there are thousands of variations of those figures and molds from other countries that help keep the hobby interesting and challenging. Some of you who know me know that this stance is dramatically different from the position I held only a few months ago. I see myself maturing as a Joe collector and moving on past things like army building and searching for some Shadow Ninja. Foreign Joes are an excellent avenue to grow my collection. Being a completist of foreign Joes would be impossible, but it's that vastness that creates such exciting opportunities. As we head into 2001, we'll see if I continue to search for non-U.S. Joes. I have a feeling that I certainly will.

I'm getting into non-U.S. Joes. If you have some Funskool, Estrela, Plastirama, or European exclusive figures with which you are willing to part for not too much money, email me. 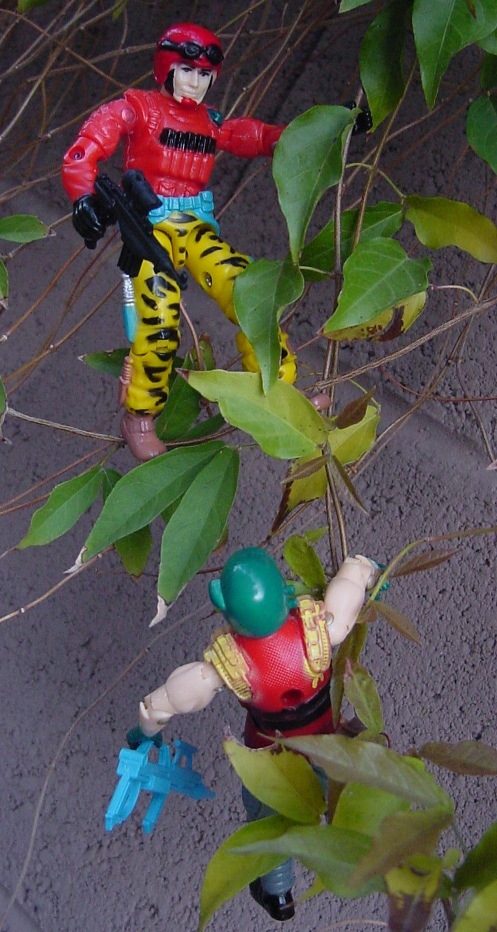 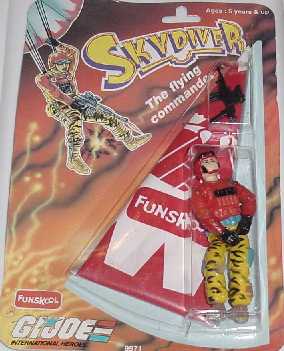