The Zartan gimmick was a huge success for the Joe design team. However, rather than restraining themselves, they proved the axiom that too much of a good thing is bad. As such, they created Zandar and Zarana, Zartan's brother and sister. While this may have seemed like a good idea at the time, it really started to take Joe in a direction towards everything being just a little too interconnected. While some of the intricacies of the comic storyline really fed of this, they did, on occasion, take it to excess. The primary result of this is two obscure figures that don't see much fanfare among modern collectors.

I'm not a big Zarana fan. The primary reason I wanted to profile this figure, though, is that she is the only figure in the entire line who had a major mold change occur while the figure was in production. The corrected Zarana, which can be seen on the left in the photo below, has a sleek, thin face that makes her look closer to her card art and the manner in which she was portrayed in the comic. The original Zarana, which is on the right in the photo, has a head that makes her look...um...well...kind of...like she would be a season ticket holder to the WNBA. I don't know why the mold was changed, though many people have speculated on that very subject. It makes her, though, a collectible figure. While mail ins like the Steel Brigade and Starduster had different molded parts on their various incarnations, all of those parts had already been used on other figures. Both of Zarana's heads are original. It was a running change that created two distinct versions of a figure.

I've made my feelings about female figures known throughout this website. Needless to say, I have little need for Zarana. Currently, she sits in a bag, with her accessories, at the very back of my '86 Cobra drawer. I removed her for the photo shoot that produced the picture below, but that is about the end of any further use she might receive. I just don't have anything that would call for a figure like her to be used. Her look is so dated that she is really only good as a historical piece to remind us of the horrible clothes that were considered "fashionable" in the mid '80's. On that level, the figure is kind of cool. Of course, she does have a fan following. She had a great run in the comic and was a highly developed character. While Zandar just kind of stood around, Zarana became someone who almost replaced the Baroness as the pre-eminent Cobra female after the Baroness defected back to Destro. At least that leaves her some sort of other legacy on Joe history.

Zaranas aren't too tough to find. She was an unpopular female figure that modern fan-boys seem to desire. That does not, though, make her very expensive. Usually, you can get a mint, complete, non-butch Zarana for around $10-$12. Expect to pay about a 25% to 50% premium for the original version. Personally, I haven't found either Zarana to be much harder to find than the other. The original and new seem to occur with similar frequency. As there are so few Joes that are rare, some dealers will try to sell you on the fact that the original Zarana was produced in much smaller numbers and is worth a high dollar purchase. Don't be fooled by this nonsense. These are the same people who will tell you that it's impossible to acquire a mint, loose, complete Baroness for under $50. These figures are out there and aren't highly desired. Zarana is a figure of whom you only need one of each version. Most of the modern collectors who were snatching up Baroness figures last year now have them. We've seen prices on Baronesses fall to under $15 from their highs in the mid $20 range. Adult collectors have their fill of these guys and unique, non army building female figures are starting to come down in price. As such, if you find a good deal on either Zarana, now is the time to take advantage. There is a new fan base for Joes that is growing. It would be good practice to take advantage on the lulls in pricing when they occur.

While I don't need any new Zaranas, I would like a Vypra. If you can help, email me. 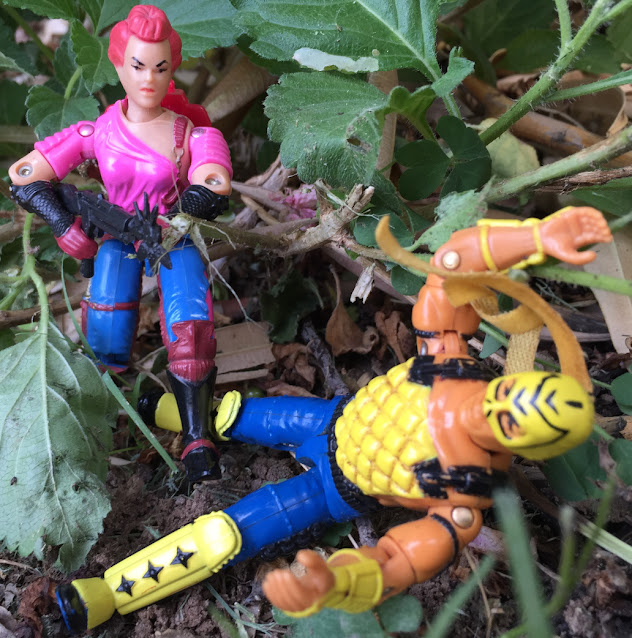 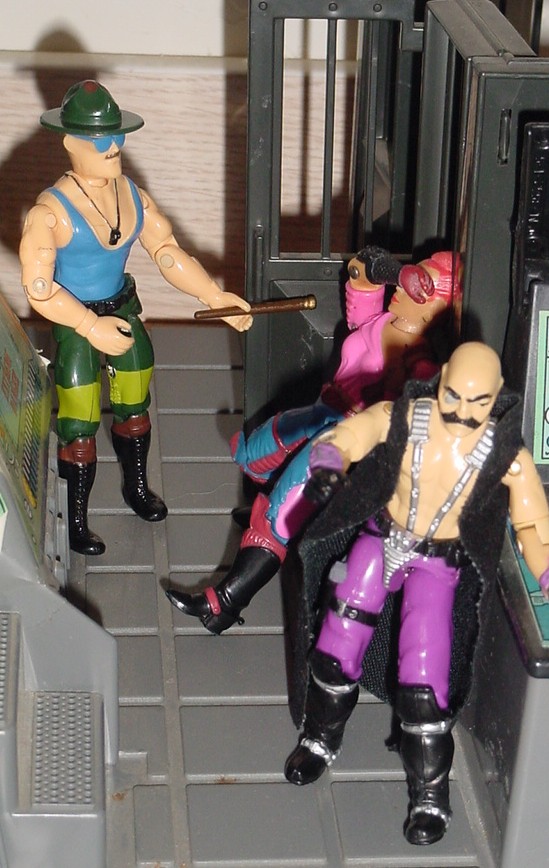 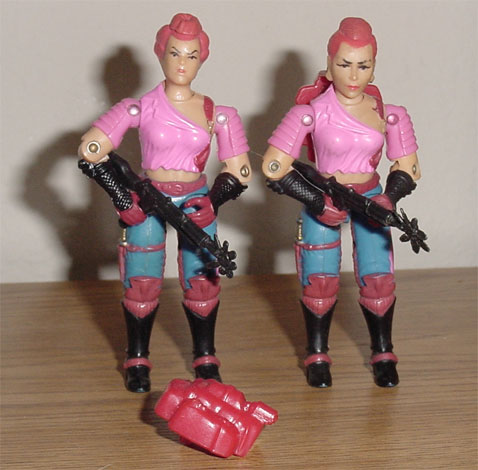 Posted by Robot_Sonic at 8:05 AM
Email ThisBlogThis!Share to TwitterShare to FacebookShare to Pinterest
Labels: 1986, Dreadnok, Zarana