Back in the early days of the site during my profile of Airtight, I related the story of the first two 1985 figures I added to my collection. Now, years later, I realize the folly of my choices and would certainly, given the chance again, have picked very different figures as my first purchase for that year. However, hindsight is 20/20. Back then, I was the happiest kid in the world when I brought home Airtight and the figure I'm profiling today: Footloose.

When I first got Footloose, he instantly became my favorite figure. He led all the troops off the Whale, scaled mountains with Alpine, and commanded any armored vehicles I had. I just loved his look. He was a bit bulkier than the other '83 and '84 figures I had, plus he had the added head articulation. He became the one figure that all my friends grew to hate. I made this guy such a great, powerful soldier that none of them liked playing with me when Footloose was a member of my team. Of course, that didn't matter to me. He was the figure I was going to use. Even if that meant that I had to come up with some rather creative rules whenever my friends and I chose up our figure teams. He was just too much. In fact, I came up with some lame song that he sang every time he came into battle.

I still remember early adventures from the spring of '85. I would take Footloose, Alpine, a couple of older Joes and my new Crimson Guard and Eel figures out to front of my parents house. There they had a small hill with a concrete walkway that divided the yard in two. The walkway had about 4 steps near the beginning to compensate for the hill. This was the same place my brother and I had played extensively back in late '82 when he got his first Joe figures. More than once, during my adventures, I would dig up a remnant of those autumn days from a few years earlier. Of course, that became part of the fun. I took Footloose's helmet off of him (I always thought he looked bad with it on.) and had him hiding in the reeds down by the "river". As Alpine climbed the hill to take out the Cobra stronghold, Footloose would cover him and keep the Cobras from killing his friend. There were variations on this theme, but Footloose was always the central infantry man who did the dirty work. Even after I got Flint, the first figure I really, really wanted, Footloose remained the great fighter that I had made him to be. Not even his less than stellar appearance in the comic was enough for him to fall out of my favor.

Around early 1986, my original Footloose's gun broke. This spelled the end for that figure and I took him apart and created my first "custom" figures. Fortunately, Footloose was still available at retail so I bought another one. This figure survived for another year or so before I noticed that his thumb was starting to crack. As Footloose was no longer available at retail, I packed my figure away so I didn't risk further breakage. It was here he stayed until a few years ago when I pulled out all my old figures and upgraded or replaced them. At that time, though, I was busy adding new figures to my collection and didn't have time for old favorites. All the new Footlooses I acquired just went into the '85 drawer. When I moved back to Indiana, though, I stayed at my parents' house for a couple of months until I could find a place of my own. While back here, I was reminded of many of these early adventures and the figures I used as a child. This got me thinking and when I got my collection back out, I dug out a Footloose. Almost immediately, I was reminded of why I had liked him all those years ago. Now, I think he will regain at least part of his former glory. I haven't had one for so long that he is like a new figure to me. This always bodes well for any figure in my collection.

Just a quick side note. Footloose is another old character we would have seen make a reappearance in the 1995 Battle Rangers line. He was slated to be released along with Flint, the Baroness and Dr. Mindbender. He would have been cast in a great military green with a molded hat similar to the '93 Bazooka's. He would also have utilized the '93 Duke's arms, waist, and legs. The only prototype of Footloose that I have seen did not have the arms and legs attached. For that reason, I don't think he made it as far in the production process as the other three mentioned Battle Rangers members. Perhaps, one day I'll track one of these prototypes down. He is really the last one I'm after. When I do, you can be sure you will see him here.

The Footloose mold saw pretty good use around the world. After he was released in the US, the mold was sent to Argentina where a figure in similar colors was released as Coyote. From there, the mold went on Brazil. There, Footloose was released in colors similar to the American figure and then again in Slaughters Marauders colors. The final release of the figure occurred when those Brazilian Slaughters Marauders figures were packaged up and imported to the US. After that, Footloose's mold has never been used again. It is likely that the mold died in Brazil and is now long gone. Really, that's too bad as Footloose is a character and figure that most collectors would like to see return in some form. The mold could be repainted for a variety of environments and collectors would welcome some diversity for the character.

Footlooses are pretty easy to find. In fact, even mint and complete, this guy is insanely available. Now, over 15 years after his release, people just don't like the figure. While lots of people have favorites that aren't Flint and Snake Eyes, they rarely choose Footloose as the figure they like. Really, it's unexplainable. Footloose tends to have brittle thumbs and his accessories had lots of interacting pieces that made them prone to breakage as well. I guess it's just because this guy didn't have the characterizations of other '85's that makes him what he is today. That is a nice thing, though. Often a good, solid infantry soldier will cost you a lot of money. As that isn't the case with Footloose, he can be used and used without the fear that his loss or destruction would cause financial hardship. That's the way Joes should be.

Footloose may be hokey. You may hate his character. The fact is, I like the figure. What do you think? 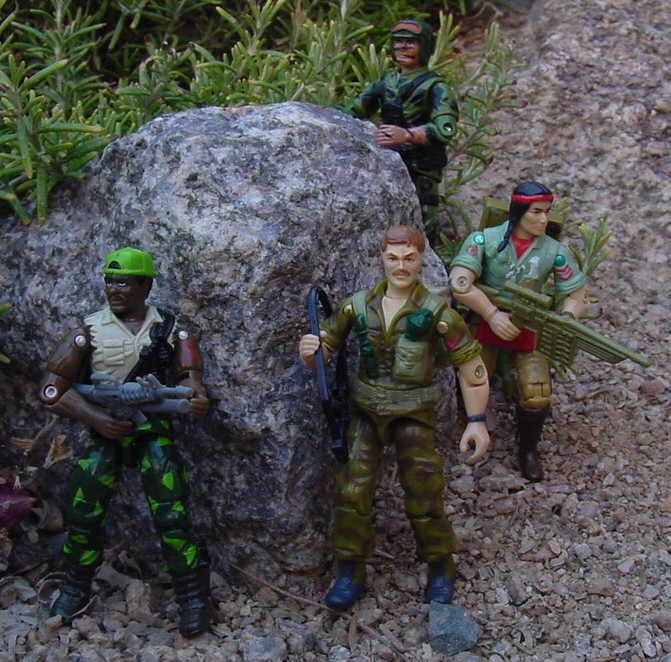 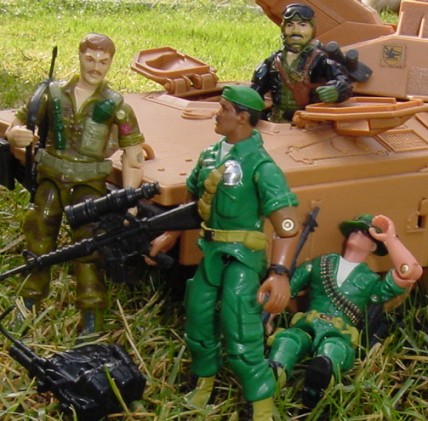 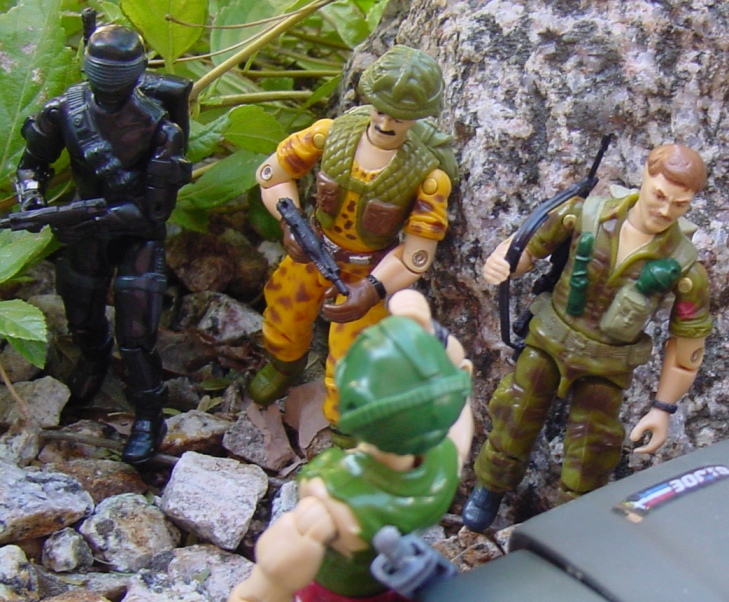 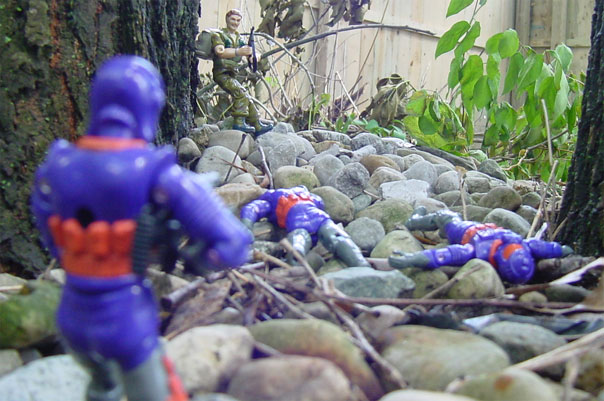 Posted by Robot_Sonic at 1:00 AM
Email ThisBlogThis!Share to TwitterShare to FacebookShare to Pinterest
Labels: 1985, Footloose