Earlier this year, one of the preliminary name lists for the new Joes that surfaced listed Zartan and a Crimson Viper as one of the upcoming packs in Wave 4 that would see release this fall. This Crimson Viper immediately spawned rampant speculation and widespread anticipation of what could be a great new Cobra figure. Needless to say, controversy broke out. Official lists from trusted sources said the figure was definite. Other people who had internal Hasbro sources said that neither a figure of that name, nor any of the speculated molds would be coming out. This even lead to a prominent Joe site issuing a public challenge to anyone who thought this figure would come out. Alas, Zartan is going to be shipped with a repainted Astro Viper who will be called the Shadow Viper. For many collectors, this was a huge disappointment. The Crimson Guard family is probably one of the most loved hierarchies in the entire Cobra army. The fact that a new Tomax and Xamot are coming out later this year as well, just added to the frustration levels. However, a couple of weeks ago, some information was released to the Joe community. There would be a new Crimson Guard figure released this year. There was just one caveat, the figure would not be released by Hasbro, it would be released in India by the Funskool toy company.

I've profiled Funskool figures before. As most of you know, there are now many American importers who sell Funskool figures for about the same price you pay for the new Joes at Toys R Us. This has enabled many collectors to build armies of many figures that would otherwise have been impossible to find. Many of you have seen my profile of the Funskool Desert Scorpion and know how much I like that figure. If you've paid attention to many of the photographs contained in many of this site's profiles, you may have noticed that one of the figures I like to use to fill out my dioramas is the mighty Crimson Guard Immortal. While I've profiled the other 2 versions of the Crimson Guard here, I've never had the occasion to add the final member of the triumvirate. With the release of this new Crimson Guard Immortal, though, I've finally decided to break down and profile one of the best molded figures who was ever released in the line.

The great thing about the Funskool CGI is that he is very similar to the American version. Like the Funskool Night Viper, he is very true to his roots. The red in his uniform is slightly darker and more blood in color. He has a few different paint highlights, but they are all tastefully done and keep the figure very nice. The biggest difference is the head. The head of the Indian figure is painted gold. It's an odd look, but it still works. The gold dome makes this guy look like he could be the leader of all the CGI's and the colored head denotes his rank. Conversely, the gold could also denote the rank and file CGI's as the harder to find American figures could be the leaders. Either way, this figure works. The weapon colors that were given this figure are also decent. He has silver launchers and a black ammo belt. They work very nicely. The yellow missiles are a forgivable choice, but the orange backpack is not. However, as you can see from the picture below, the figure works great without the pack. Of course, I've never liked the CGI's accessories anyways. That's why a visit to Raven's Castings is in order. He does great work and I've found his versions of the original Snow Serpent AK-47 to be a perfect fit for all CGI's.

Right now, I don't what I'll use this guy for. He is a figure of whom I'll build armies. When the first pictures of this guy surfaced, I heard some Joe collectors only half facetiously say, "I'll take 65!". That sentiment alone tells you how anticipated this figure has been. Collectors have been clamouring for a cheap alternative to the Crimson Guard for years. Now, for the first time, that has been made available. Sure, Funskool figures are of lower quality plastic than American figures. However, that will keep this guy's thumbs from breaking. I've already got three of these guys and see my army growing to around 12. As these guys are newly released, they should be around a for a good long time. Still, though, there are lots of people, like me, who will snatch up large numbers of these guys. If you have the chance to add them to your collection now, I would do so. You never know what the future will hold. How many people passed on extra Firefly/Undertow two packs and now regret it?

The American Crimson Guard Immortal is a very tough figure to find. Even if you can easily afford his $25-$30 price tag for a mint, complete specimen, you usually can't find enough of them to really build a nice army. Also, the American version is also very brittle and is subject to broken crotches and thumbs. It makes finding them even more troublesome. There are also reports of a European variation of this figure. It seems, somewhere in Europe, the Crimson Guard Immortal was released with a repainted Rock Viper head. I've never personally seen one of these, but would like to one day own one. As for this Indian figure, well, his availability is just starting. He is a newly released figure in India and will be available from many American sellers. In fact, I acquired this figure from The Store On 44. The owner is a good guy and is an active Joe fan who participates in the Joe community. He sells tons of Joe stuff at his site, including this figure and many other Funskool exclusive figures, for very reasonable prices. Head over to his store and let him know I sent you. Once you have this figure, you will find him a nice piece of your collection. He is sure, over time, to become one of those foreign figures that most contemporary collectors will consider a necessity for any collection.

If you've got one of the European variants of this figure and want to trade it, email me. 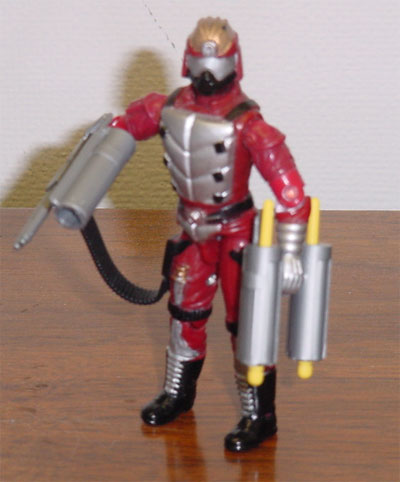 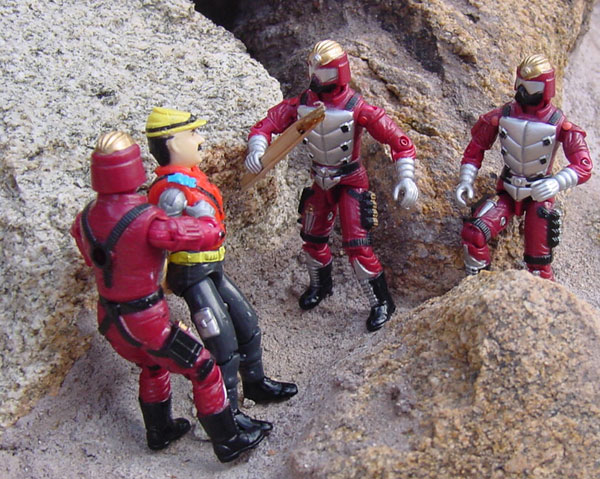 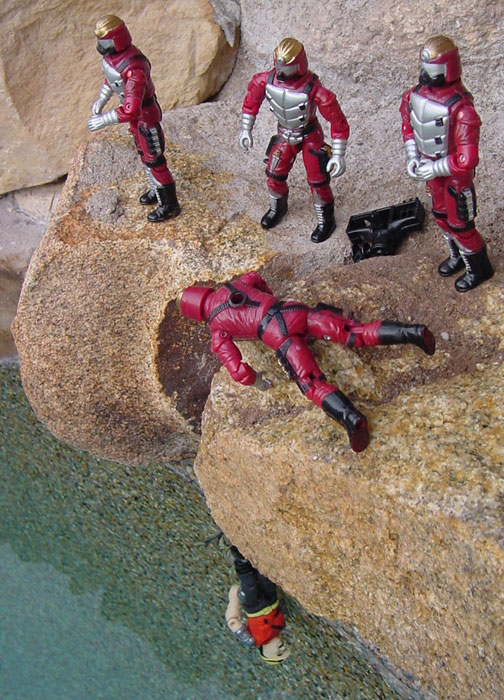 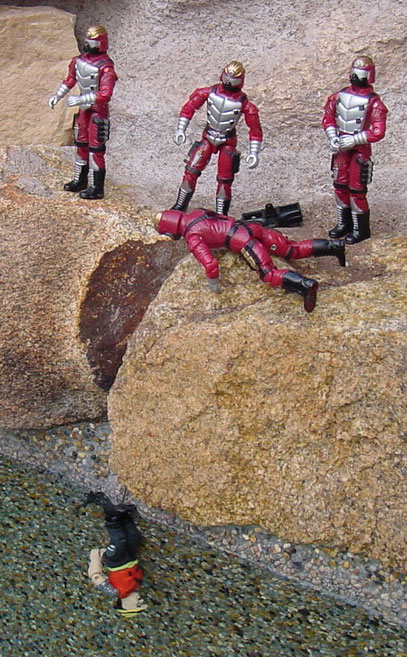