Just about every collector out there has a "Holy Grail" in their collection. It is that one piece that they have sought after for a long period of time but, for some reason, have not been able to acquire. Usually, a grail is either a very rare or very expensive piece that either does not appear for sale all that often, or requires a great deal of saving over time. In other cases, though, a grail is just an item that should, on the surface, be easy to find. This was my situation. Long time readers of this site know that I used to post my collecting goals for each year. Some goals were ambitious. Others were less so. One common goal that ran through my attempts at defining what I wanted to do with my collection in a given year was the acquisition of a 1987 Payload figure. Most of you know that I am a Star Brigade junkie and consider space themed figures my favorite subset of the line. The original Payload figure is the pinnacle of the space themed Joes. Aside from starting it all, he features a great mold and is rather difficult to find. I narrowly missed acquiring a Payload almost a dozen times. Often, I just didn't want to pay more than $15 or so for him and would end up outbid by just a dollar. Other times, I would get distracted at the time the auction was ending and miss my sniping opportunity. After a while, though, Payload became that elusive grail item in my collection. For years, he stood as my number most wanted figure. When the time came that I finally added him to my collection, I found the wait most worth it.

Payload figures were only available with the Defiant. Unlike Keel-Haul or the AVAC, Payload was never available as a mail away figure. (There are some bagged Payloads out there, but these are more likely salesman samples rather than actual mail in figures.) The Defiant was also a harder find than earlier large playsets. The USS Flagg was fairly ubiquitous at retail in late 1985. The Terrordrome was less so, but I still remember seeing them. The Defiant, though, was not as common. It is the most ambitious playset Hasbro ever created in the Joe line and was the most expensive. While it was grand in scope, though, its reception at retail was not so. The Defiant failed to make the impact on toy buyers that the USS Flagg and even the Terrordrome had. Even among collectors today, far more can boast of complete Flaggs or Terrordromes in their collection than can for Defiants. For a myriad of reasons, the Defiant was never the stalwart of the Joe line that I'm sure Its designers had hoped for. All this has made Payload and Hardtop among the rarest figures of the entire line.

After its release in 1987, the Payload mold was pulled out again in 1989. A yellow version of Payload was released with the Crusader Space Shuttle. My feeling is that this vehicle was released as a way to help recoup more of the design costs for the Defiant. It was much cheaper than the Defiant and offered a way for Hasbro to make money back on both the figure mold and the vehicle. Shortly after the Crusader was done in the US, it was released in Brazil. Payload was included with this international release, too, though in colors nearly identical to the '89 American figure. Again, this would help offset design costs. The final appearance of this figure mold, though, came in 1993. This version of Payload was supposed to be released instead of the recolored Eco-Warriors Barbeque. Early 1993 Star Brigade packaging shows a green and black '87 mold Payload. However, if you look at the photo closely, you can tell that the picture has actually been airbrushed to look black and green. (They couldn't even hand paint an existing figure!) Hasbro never had the mold back in their possession so they scrapped their plan and just went with later edition mold that they had handy. My guess is that this mold is still down in Brazil and is not available for Hasbro to re-use.

I had an '89 Payload in my collection long before I acquired an '87. As such, I was able to appreciate the mold even though I did not yet have the figure I consider to be the most important piece of any Joe astronaut collection. It is this original Payload, though, that I use most. His better colors and greater historical significance have made him a much larger part of my collection that his more brightly colored successors. His mold makes him look more like a traditional astronaut than the more combat-oriented Star Brigade figures. As such, he is a more realistic portrayal of a true shuttle pilot and is more in line with the Joe releases of his time. He is not the whacked-out science fiction type character who goes off to battle aliens. Instead, he is a more traditional astronaut who looks the part in both mold and accessories.

My lone remaining Holy Grail of Joedom is a complete Defiant playset. At some point I hope to have one and finally be able to put my legions of Star Brigade figures to constant use. Until that point, my Payload won't see a whole lot of use. He is simply biding his time until he can take his rightful place at the helm of the Defiant. In the meantime, I use Payload as a test pilot or consultant. He is a Colonel and would be among the highest ranking Joes. So, Payload can be seen, from time to time, conferring with my Joe leadership. However, as I don't have him out of his space suit, he does look a bit awkward. He also gets used, albeit seldomly, as a radioactive worker who deals with nuclear elements that Cobra tries to steal. That is mostly an excuse so I can use the mold in an earthly setting. The figure is just so well done that leaving him in his drawer seems like a waste.

If you want a mint, complete Payload, be ready to pay for him. These days, a really nice one will set you back at least $50 with some going for even higher. The good news is, if you can find one in a second hand shop, a lot of those places may not know what they have and will sell him for less. I will say, though, that doing that is going to be tough. There just aren't a lot of Payload figures out there. If you just want the character or the mold, I recommend finding an '89 Payload figure. The figure and accessories are the same. He is just a different color and a lot cheaper. For those completists out there, if you don't have a Payload, I wish you luck. While he's not impossible to find, he is a challenge and the competition for a nice specimen can be fierce. He is, though, worth it as Payload remains the pinnacle of the Joe space-themed figures. Now, I just wish I could pick up a few more of them!

With Payload in my collection, my Joe astronaut series is complete. Is there a specific area of the line you concentrate on? Let me know. 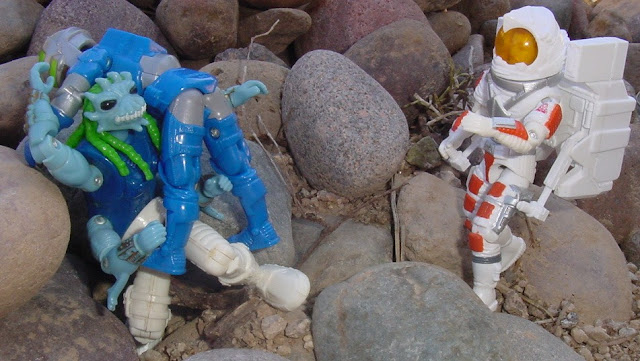 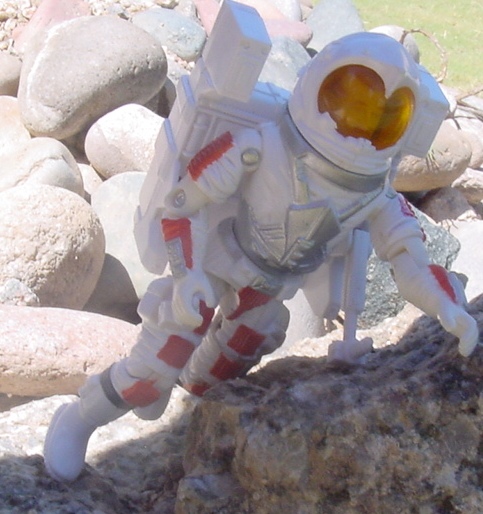 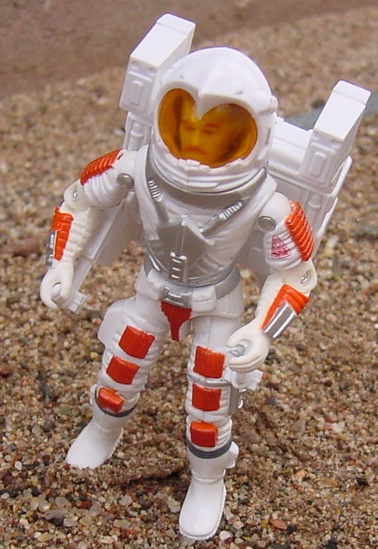