Airtight was one of my first two 1985 Joe figures.  The minute I saw him on the shelf of KB toys in February of 1985, I had to have him.  Sure, he was brightly colored.  But, his helmet, accessories and general sculpt were too much for me to resist.  I bought him over other '85's and was very happy with my purchase for a long time.  As I got older, Airtight's role morphed from the original hostile environment specialist into a diver, pilot and even astronaut.  But, he continued to be used long after many of the other 1985 figures had been replaced.  Unfortunately, Hasbro never revisited the Airtight mold.  So, I only had the original for use in my collection.  In early 2002, though, Funskool brought back three older figures that they had not produced since before Joes were heavily imported into the U.S.  Among them was the Indian version of Airtight.  Once again, I had the chance to buy one and once again enjoy the notion of a new Airtight in my collection.

On the surface, the Funskool Airtight is the same as the U.S. version.  He has a yellow base, black highlights and green extremities.  The green is a bit brighter than the American version.  So, really, the figure is inferior to the American release.  When you add in Funskool's notoriously lack paint jobs from the 2002 era, you definitely have a figure that is worse than the American version.  But, sometimes that doesn't much matter to me.  The fact that I could get an Airtight on the card with his original artwork and original accessories for $4 offset the quality and coloring issues.  The accessories are the same as the American versions.  However, the hose attaching his sniffer to the pack is notoriously flimsy while the hose that attaches to the back of the figure's head is extremely stiff and hard.  So much so that it can not be used with the figure.  So, again, you have issues with the Funskool quality that is inferior to the original version, even with the original predating the new release by 17 years.

As a kid, I didn't view Airtight as just a Chemical, Biological and Radiological warfare specialist.  I took the "Hostile Environment" theme to include territories on Earth that were hostile to survival.  Caves, tundra and deserts were all within Airtight's realm of specialty.  I saw Airtight's suit as a self contained survivalist environment that could keep him heated, cooled and airtight underwater or in space.  It was a broad brush with which to paint the character.  But, it allowed Airtight to be more versatile.  In time, though, this catch all approach got old.  Slowly, I acquired more 1985 figures.  Airtight just didn't visually fit with Alpine, Flint, Snake Eyes and the others.  So, he became somewhat marginalized.  (Throw in the fact that I lost some of his accessories and you can see how his luster faded.)  In time, Airtight became a default member of my Whale Hovercraft crew.  In this capacity, he didn't need his accessories, but could still have some use.

As an adult, I have appreciated Airtight's true specialty more and more.  It remains a curious oddity that Airtight was not a member of Eco Warriors.  But, even with more modern figures that complement Airtight, I don't find the figure having much use.  I have used him as a co-pilot in the Skystriker and Dragonfly.  But, his bright colors really didn't fit with those vehicles.  So, mostly, the figure remains a display piece.  This Funskool version falls into the same position.  While I like the figure's look and visually appreciate the brighter green juxtaposed with the yellow and black, I just can't find myself using the figure with any contemporaries.  The mold fits with other figures from the 1985-1986 time frame.  As such, he looks out of place among the 1990's figures with whom his specialty best aligns.  All this leaves me with a figure that I want to use more, but just can't find a good fit.  So, today, Airtight mostly finds himself relegated to duty in the G.I. Joe Headquarters: manning a computer terminal or servicing the machinery.  Here, you can appreciate the visual aspects of the figure without having him contrast too greatly with the vehicles or other figures from his time.

The Airtight mold had a short, but distinct history.  The figure was released in the U.S. the one time and not seen again.  Around 1991 or 1992, the Airtight mold showed up in Brazil.  However, Estrela released Airtight as a member of Tiger Force (Forca Tigre) named Ar Puro (Pure Air).  While this figure still featured a yellow base, the yellow was more muted than the American figure.  The black and brown tiger flecks, though, make the figure much more distinctive.  As such, Ar Puro is a must have for many collectors.  From there, the mold migrated to India.  At some point in the mid to late 1990's, Funskool began producing Airtight figures.  There are slight coloring differences from year to year, but no major variants.  The fact that the Funskool coloring closely matches that of the American figure tells you that Hasbro had at least some interest in the character since they didn't allow Funskool to stray too far from the figure's original design.  Funskool stopped producing Airtight figures at some point prior to 2001.  As such, he was not among the 40 or so Funskool figures that became available via American dealers in early 2001.  In 2002, though, Funskool brought back Airtight, Flint and Scrap Iron and reissued them.  This allowed modern collectors to acquire the figures for rock bottom prices.  In late 2003, Airtight was among the molds returned to Hasbro by Funskool.  But, Hasbro never did anything with it.  So, while Airtight had 3 releases on 3 different continents, there are really only two distinct versions of the figure and both have similar base colors.  Hasbro could easily have brought the figure back in a new color scheme (He would have been a perfect fit for the Anti-Venom Set.) but they did not.  So, the Airtight mold is a story of what could have been.

Funskool Airtights are cheap.  They were heavily imported by U.S. based dealers for at least two years and sold for around $4 each.  A decade later, the figure hasn't appreciated much on the aftermarket.  Carded, you can still get them for under $6 plus shipping with a little looking.  It's a great figure and one worthy of being a part of every collection when you consider the price.  I'm happy to have had a chance to get another new Airtight.  The brighter green is just enough of a difference to make the figure distinct.  Really, that's all you can ask for when the figure is so cheap and plentiful. 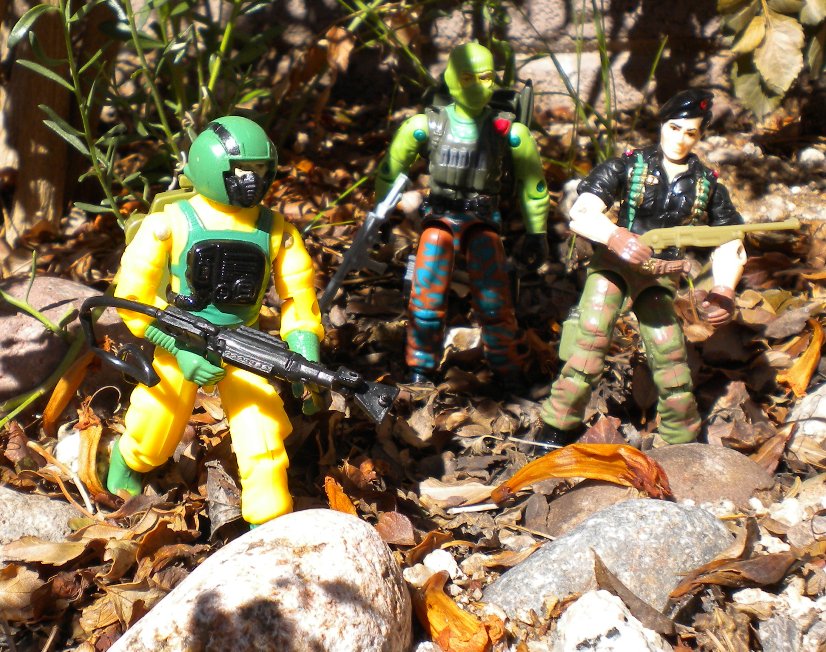 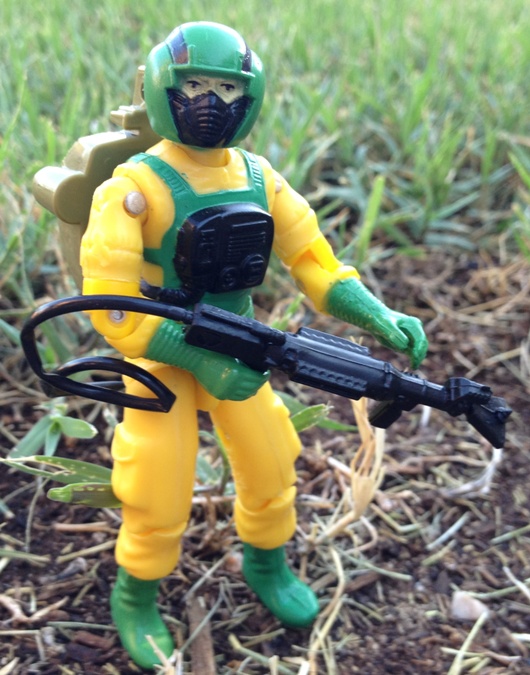