The Alley Viper has long been a collector favorite mold.  Despite his orange color, collectors have taken to the specialty, mold and accessories.  The character seemed to be a favorite of Hasbro as well as they released Alley Vipers in both 1993 and 1994.  The new mold was very similar to the original version.  The 1994 version even brought back the orange color.

The Alley Vipers are the backbone of my Cobra urban forces. As Cobra mostly undertakes urban missions, they are, by extension, the backbone of Cobras army as a whole. The excellent gear, cool rifle and fearsome face shield all add up to a group of figures that would strike fear into any urban center they attacked. However, the bulk of my Alley Viper forces are now made up of later, better colored versions of the Alley Viper. The orange of the original was cool for what it was. However, the bright yellow of the 1993 figure and the orange of this 1994 version didn't do much for me. I greatly prefer the more traditionally Cobra versions from 1997, 2002 and 2004. Those figures are much more interesting and useful.

There are 2 variants to this figure.  One has stripes on the legs, the other does not.  The striped version is harder to find than the non striped version.  This was a common occurrence in 1994 as Hasbro tried to cut costs on the later produced figures by skipping paint applications. This had lead to a string of variants across the 1994 releases. Unfortunately, the 1994's, in general, skimped on paint applications in comparison to the Joes from prior years. So, having some applications skipped in a cost cutting move really is a detriment to several of the figures from this year. (Except in the cases where the color omitted was neon!)

The Alley Viper's accessories both match the figure and the time in which they were released. The 1993 Alley Viper included a recast V1 Alley Viper backpack as well as a black weapon tree, shield and face mask. (There was a yellow missile launcher thrown in.) The weapon tree included a new version of the classic Alley Viper rifle, just with a bulkier front handle. It also included a Dial Tone rifle, knife and missiles. The 1994 figure skipped the backpack, but included the same weapon tree. Only, this time, the weapons were bright orange. It was nice to have the correct weapons for the figure and the orange color is kind of fun on display since it's so apropos for the 90's. But, the figure looks much better with black weapons, if you can find a spare set.

The Alley Viper mold got way too much use. It debuted in 1993 with the "bumblebee" version of the Alley Viper and was repainted in 1994 for this version. The mold was then sent to Brazil where it was colored nearly identically to the 1993 figure and released as Mortifero. The body, arms and head made their way back to the U.S., though, and were used in 1997 when Hasbro couldn't find the body from the original 1989 figure. Hasbro then repainted this mold ad naseum with a blue release and a red repaint in 2002, a bright blue repaint in 2003 and an all black version in the Urban Strike set in 2004. There are now a full complement of Alley Vipers available and collectors had grown rather tired of the mold. A grey urban version would have been nice. But, there are enough other colors out there to suit the needs of pretty much any collector.

The 1994 Alley Viper isn't easy to find. He is probably the hardest figure from the main Battle Corps line to find both carded and loose. He was popular even during his release period (he is the only regularly carded series 1994 Battle Corps figure I never found at retail) and continues to be popular today. The meshing with the classic Alley Viper and general obscurity of the release year have added up to a figure that is tough to army build. Mint and complete figures will run upwards of $17 these days. Carded versions tend to hit $40 with the striped versions going even higher. Of all the vintage Alley Vipers, this is probably the least interesting. But, it is still a solid mold worth acquiring. But, given the figure's scarcity and price, the 1989 Alley Viper is still the better option for building a decently sized Cobra army. 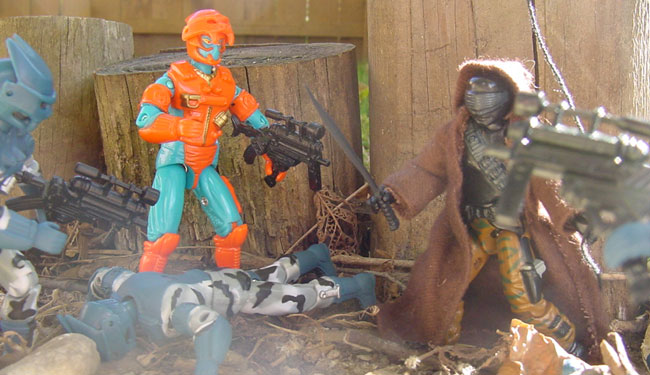 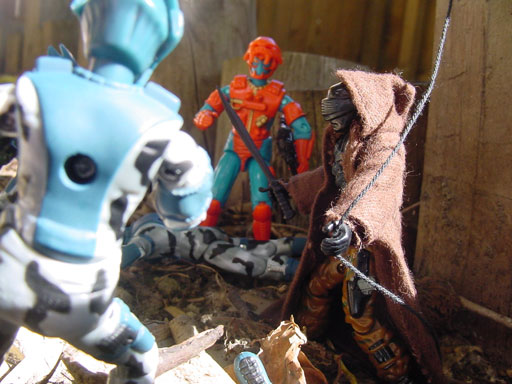