There are some large gaps in the ARAH-style G.I. Joe line. Usually, they are defined by missing Cobra troop types or by high profile characters that appeared in the comics or cartoon. Since 2000, Hasbro has done an adequate job of filling some of these holes. But, despite their efforts, there remains a few key specialties that are unfulfilled. During the repaint era, there was great hope that Hasbro would revisit some of those missing specialities. Instead, collectors were treated to a barrage of repaints rather than reimaginations. Every now and then, though, a figure was re purposed into something new and interesting. That is the case with the Iron Anvil.

Cobra Paratroopers first appeared in issue #14 of the original Joe comic. Lead by Destro, this group of Troopers (with air masks and parachutes) showed that Cobra had specialized units within their standard Cobra ranks. In time, Hasbro would exploit this with wave after wave of specialty Cobra Vipers. But, while collectors were treated to Cyber Vipers, Monstro Vipers, Gyro Vipers and other obscure specialties, we never were given a chance to buy a Paratrooper Viper. It seems like such a glaring omission, especially in light of subsets like Sky Patrol and the fact that a parachute pack was a mail away item for years and years. But, it was simply a unit of the Cobra forces that never received any attention.

That finally changed in 2005 with the release of the convention exclusive Iron Anvil figure. Granted, the name was stolen from an obscure Sgt. Savage figure who drove the Iron Panther tank. But, it worked well enough. As Destro's paratroopers, the Iron Anvils finally gave the enemy some airborne insertion capabilities. But, the Iron Anvils were pigeonholed as Iron Grenadiers. That limited their use since they were not full fledged Cobras and were in traditional Iron Grenadier colors. The fact that it took a high priced convention set to actually bring any type of Cobra paratrooper to collectors was another issue altogether. Hasbro had tried to bring Sky Patrol Cobras to retail in 2003, only to have Wal Mart go another way. (Supposedly, the parachutes failed safety tests. But, Hasbro has released other parachutes at retail since then. So, there may be more to the story.)

The Iron Anvil features high quality paint applications and great accessories. The homage to the classic Iron Grenadier colors is a great feature and something that really ties the figure back to the vintage line. But, I still find the overall colors off-putting. The black, red and gold are just a bit too contrasting. I have the same issue with the original Iron Grenadier. I find the idea of the figure much more interesting than I do the actual toy. It isn't a bad figure. But, the general use fullness is very limited. Many convention Cobras are best utilized as part of the overall set. They don't stand on their own as well. The Iron Anvil is no exception. Posed with the rest of the set, it is a great figure. But, taking him out of the context limits the figure's use value since he isn't in more traditional Cobra colors.

The 1994 Viper mold was criminally underused.  It appeared in a shade of purple and orange in 1994 and not again until this set in 2005.  In the comics, the 1994 Vipers appeared with green suits and golden helmets.  I don't know if these were just artistic license by the comic creators, a discarded design for the Viper that was changed or if they were the planned 1995 repaint of the mold.  Regardless, the high quality mold was only used these two times and still has some potential.

Despite initial positive fan response to this convention set, the Iron Anvil has become rather cheap to acquire on the secondary market. While many collectors did like the coloring and re-use of the high quality mold, the reality is that the figure is difficult to use. Even with a full complement of army builders, the Iron Grenadier convention set did not sell out and was still available a few years after its release. As such, these days, you can get mint and complete Iron Anvils for under $12 on a consistent basis. This might seem somewhat pricey, but it right around the original cost if a collector bought a boxed and bagged convention set. It's not a bad price for a figure of this quality. But, it is a price at which I've found the value of army building this figure to be low. It's cool to have one Iron Anvil and it would be cool to have 12. But, with the money it would cost to buy 12 of them, I could get about the same number of Stinger Drivers or original Cobra Troopers. So, in those terms, the figure might be overpriced. Regardless, it is a figure that works well with the existing Iron Grenadier figures and offers something new and unique to a collection. As there have been so few figures in modern times about whom that could be said, the Iron Anvil is worthwhile. 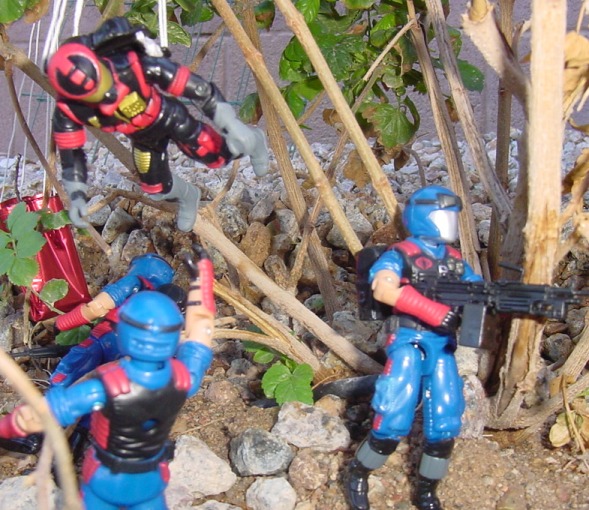 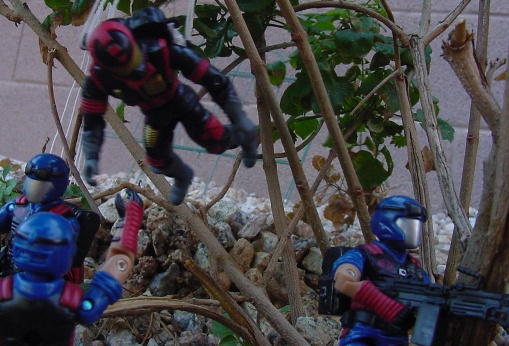 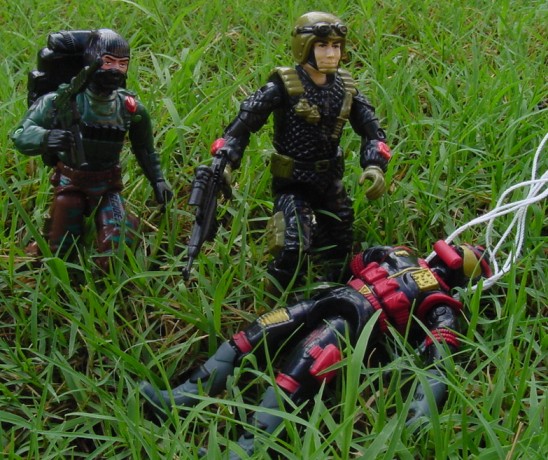 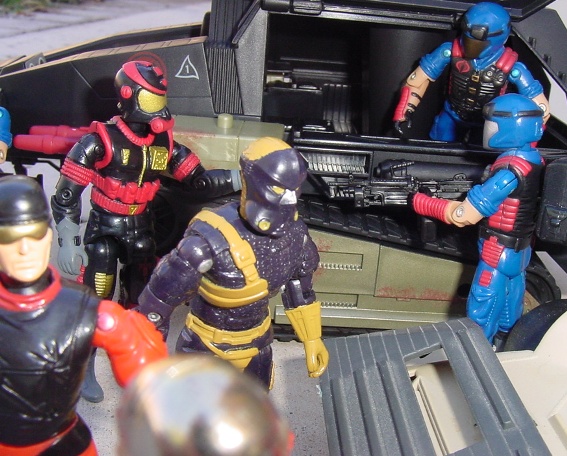